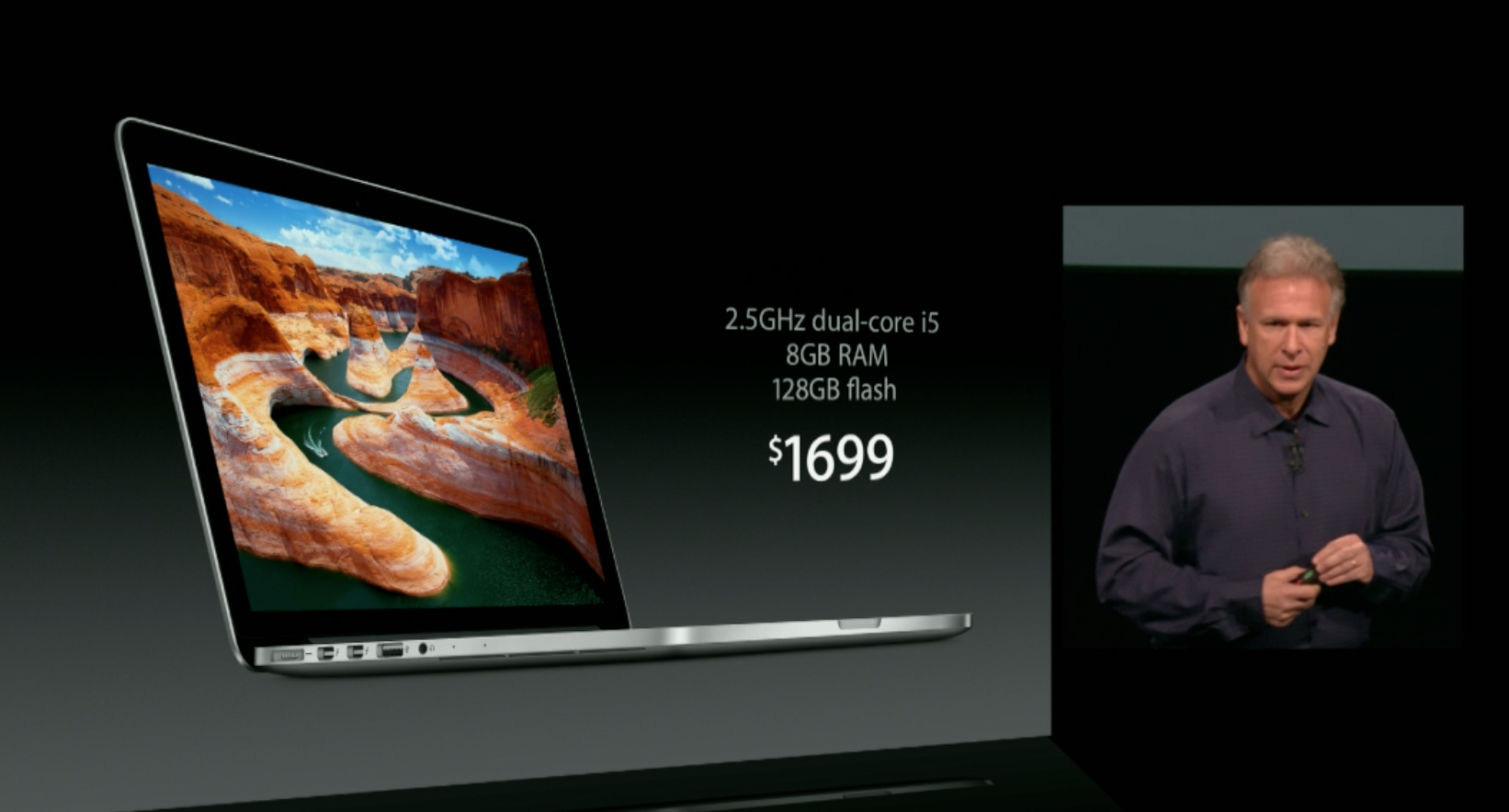 We had many of the details for the 13.3-inch Retina MacBook Pro ahead of today’s unveiling, but Apple Senior Vice President of Worldwide Marketing Philip Schiller just confirmed the device’s specs and pricing. As we told you earlier, the new 13-inch Retina MacBook Pro comes in two base configurations (with a third 2.9GHz dual-core i7 upgrade option available) and gets many of the enhancements that the 15-inch version received. Schiller noted that the device is 20 percent thinner than the previous generation 13-inch MacBook, and it includes a 2,560-by1,600 Retina display with 29 percent higher color contrast and 75 percent reduced reflection.

Apple also announced that the device would start at $1,699 for the base configuration, and it will start shipping today. Apple also showed a second configuration would be offered for $1,999. Both options below are configurable to a 2.9GHz dual-core Intel Core i7.

Some of the device’s specs—that Apple is now listing on its website— are below: