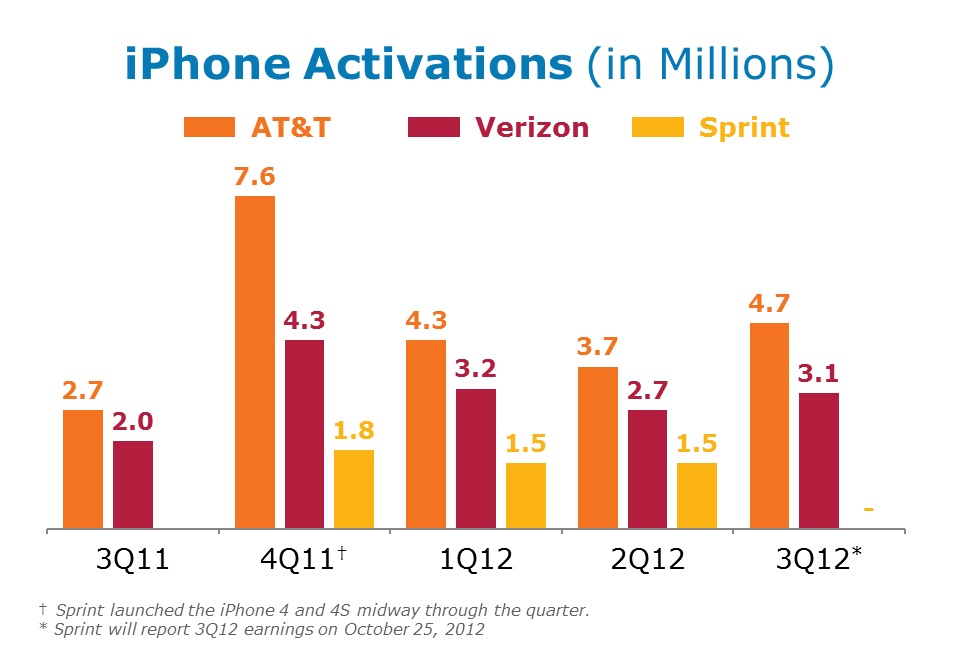 AT&T noted the vast majority of third-quarter iPhone sales went to existing customers to satisfy pent-up demand, so not as many new customers signed up (151,000) as would have otherwise.

AT&T activated 2.7 million iPhone in the year-ago third quarter, making this quarter an increase of 2 million iPhones. AT&T now has 44.5 million smartphones on its network—the vast majority of which are iPhones.

Updated: AT&T hinted that it sold 1.3M iPhone 5s during the quarter by mentioning it had doubled Verizon’s iPhone 5 total during the 9am conference call.

Also, AT&T’s Mobile Share plans were only available for five weeks and nearly 2 million customers added in that time. AT&T blocks FaceTime over cellular if you do not sign up for its more expensive Mobile Share plans.