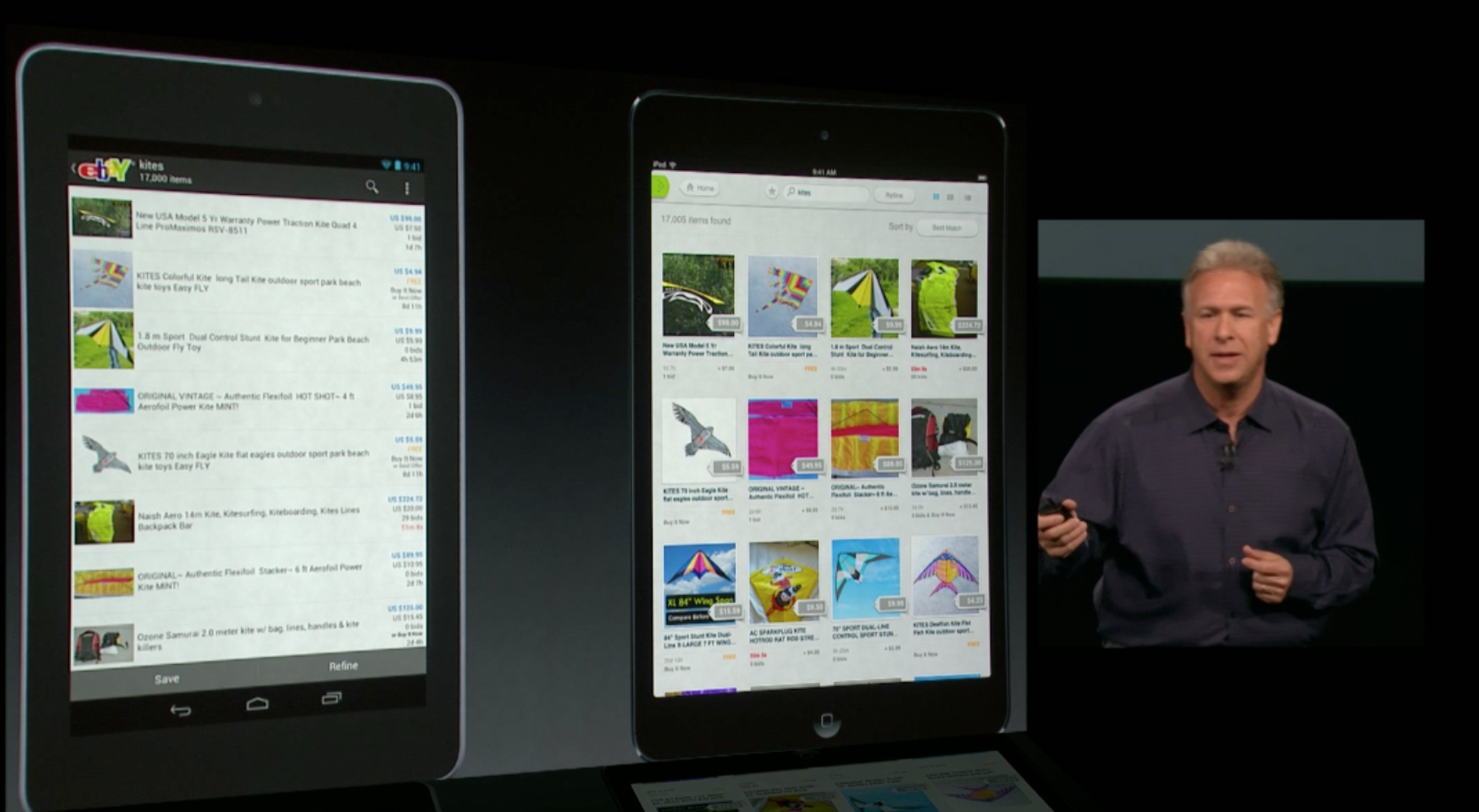 While many thought we would see an iPad come in as low as $250 with the iPad mini unveiling yesterday, Apple doesn’t think it will have a problem competing with the lower priced 7-inch Android tablets on the market. In a report from Reuters, Apple Senior Vice President of Worldwide Marketing Phil Schiller defended the price point of the new iPad mini that many analysts incorrectly predicted would come in under the $300 mark. Schiller noted that even before iPad mini, consumers were choosing the $399 iPad 2 over the competitors:

The iPad is far and away the most successful product in its category. The most affordable product we’ve made so far was $399 and people were choosing that over those devices… And now you can get a device that’s even more affordable at $329 in this great new form, and I think a lot of customers are going to be very excited about that,” Schiller said.

Schiller’s comments are referring specifically to competitors like the Nexus 7 and Kindle Fire. During yesterday’s event, he made a point of showing side-by-side comparisons of the new 7.9-inch iPad mini next to a Nexus 7.