New Mac minis get first tear down and Geekbench scores 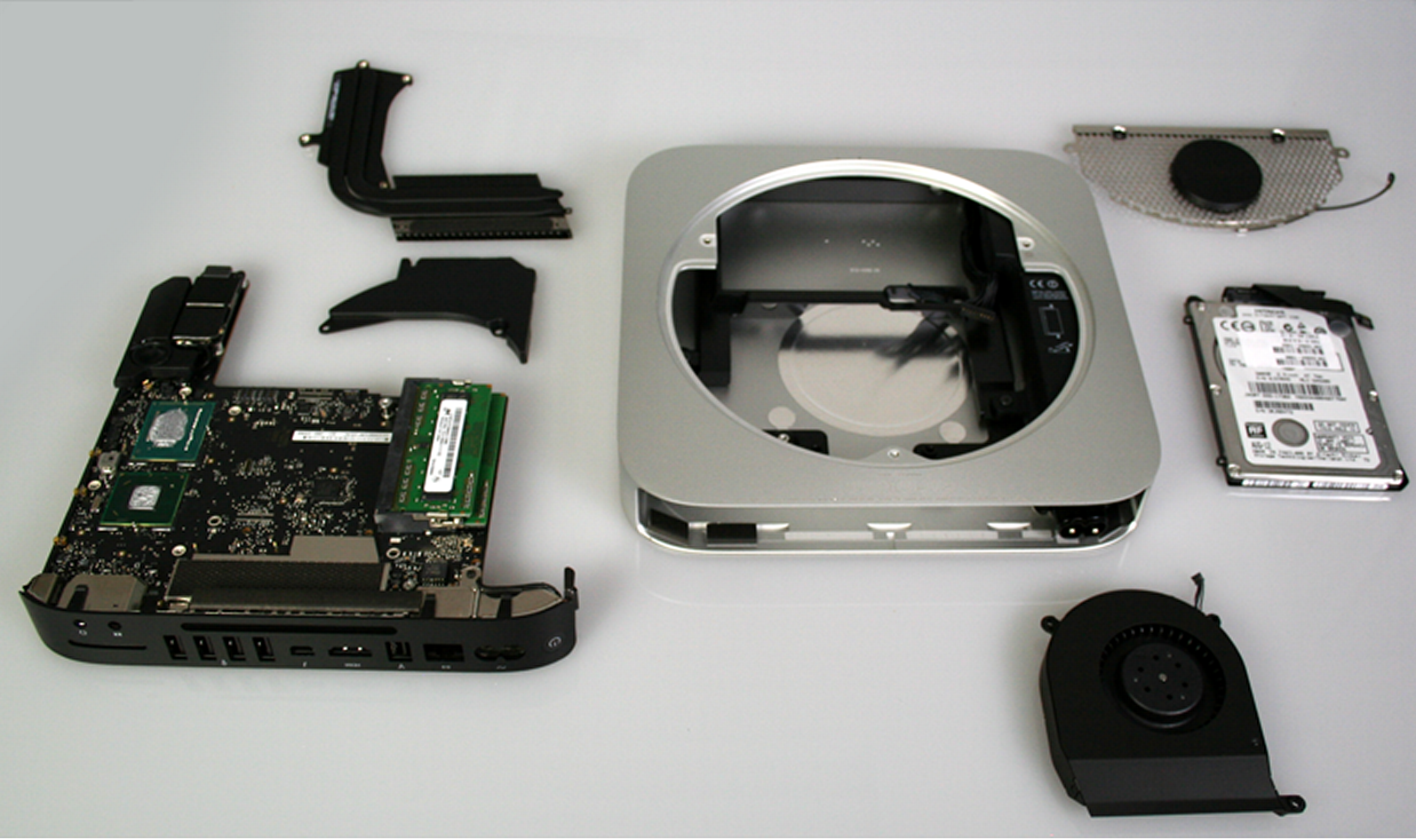 Apple’s refreshed Mac mini lineup already received some nice RAM upgrade options from OWC this morning, but now we get a look at the insides of the updated Macs courtesy of a tear down from Mac Mini Vault. The website also published Geekbench scores for the device, showing some impressive performance increases over the 2011 models.

First off, it found minimal changes to packaging and the positioning of the new Mac mini’s internals:

The overall packaging size was unchanged, however marketing specs have been updated and the inside organization has been optimized… Under the hood only minor differences are visible. Most notable are the fan design, Hitachi hard drive, and connections for the antennas. (2012 on left – 2011 on right)

As for Geekbench, the new stock Mac minis were able to record a score of 7433 running 10.8.1 out of the box. In comparison, Mac Mini Vault had a 2011 Mac mini running 10.8.2 clocked at 6583. Mac Mini Vault also noted it will begin testing alternative OS options for the new Mac mini server edition next week:

We’ll begin testing our alternative OS options on the new hardware over the course of the next week. This includes Windows Server 2008, Windows Server 2012, CentOS 6, Debian 6, Ubuntu 12.04LTS, and we’ll also try to get OS X 10.6 running on them as we did with the 2011 Mac minis. Our VPN and WordPress scripts should also work and we’ll continue to develop exciting streamlined ways for people to use a Mac mini as a server