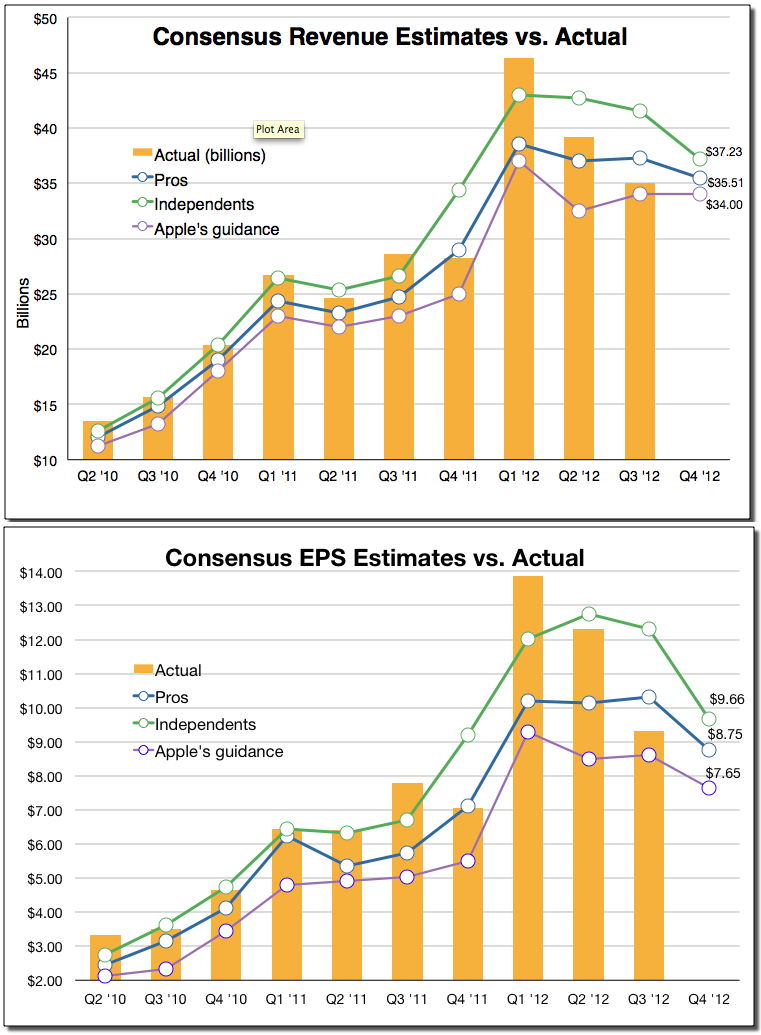 Apple is all set to announce its fiscal Q4 financial earnings today, during a conference call with company executives scheduled for 2 p.m. PST/ 5 p.m. EST. iPhone 5 sales are expected to be a topic of conversation, of course, while recent predictions from 59 analysts provided an average estimate of 26.3 million iPhones total for the quarter. Today, Forbes posted revised estimates from 36 of the analysts that also includes predictions for iPhone, iPod, Mac, and other product sales.

In Q3 Apple reported revenues of $35 billion. As for Q4, Apple predicted during its last conference call that revenues for the fourth quarter would be around $34 billion with diluted earnings per share of about $7.65. Today, Forbes pointed us to updated estimates from Wall Street showing a consensus of $8.81 on sales of $36.02 billion.

As you can see from the chart of the 36 analysts below (pros in blue), the high-end of iPhone estimates hit the 32 million-unit mark, while one independent has Mac sales as high as 5.70 million units: 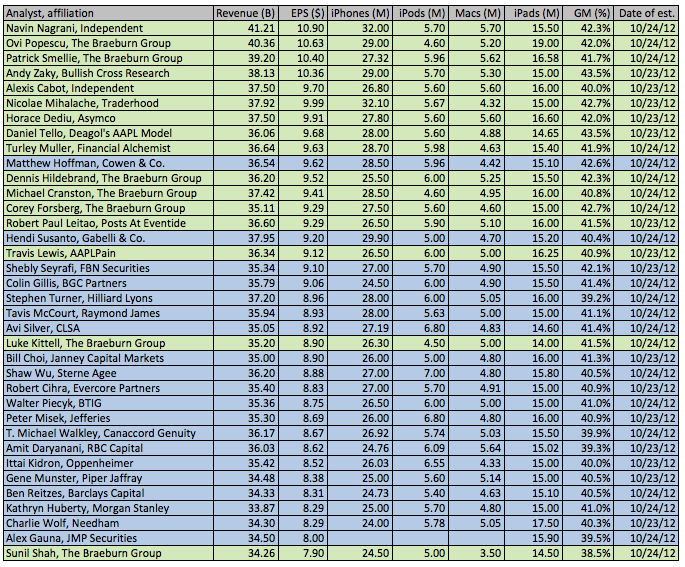 Another analyst, Asymco’s Horace Dediu, predicted “the mix over the last six quarters implies global iPhone sales of between 27 million and 30 million.” He also published the following chart tracking growth rates for iPhone sales based on recent numbers announced by AT&T, Sprint, and Verizon: 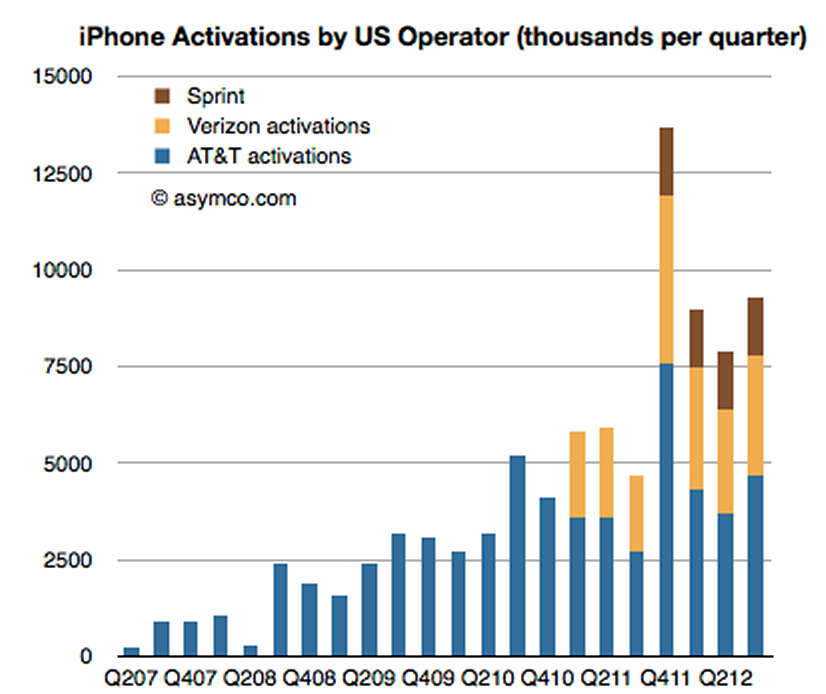