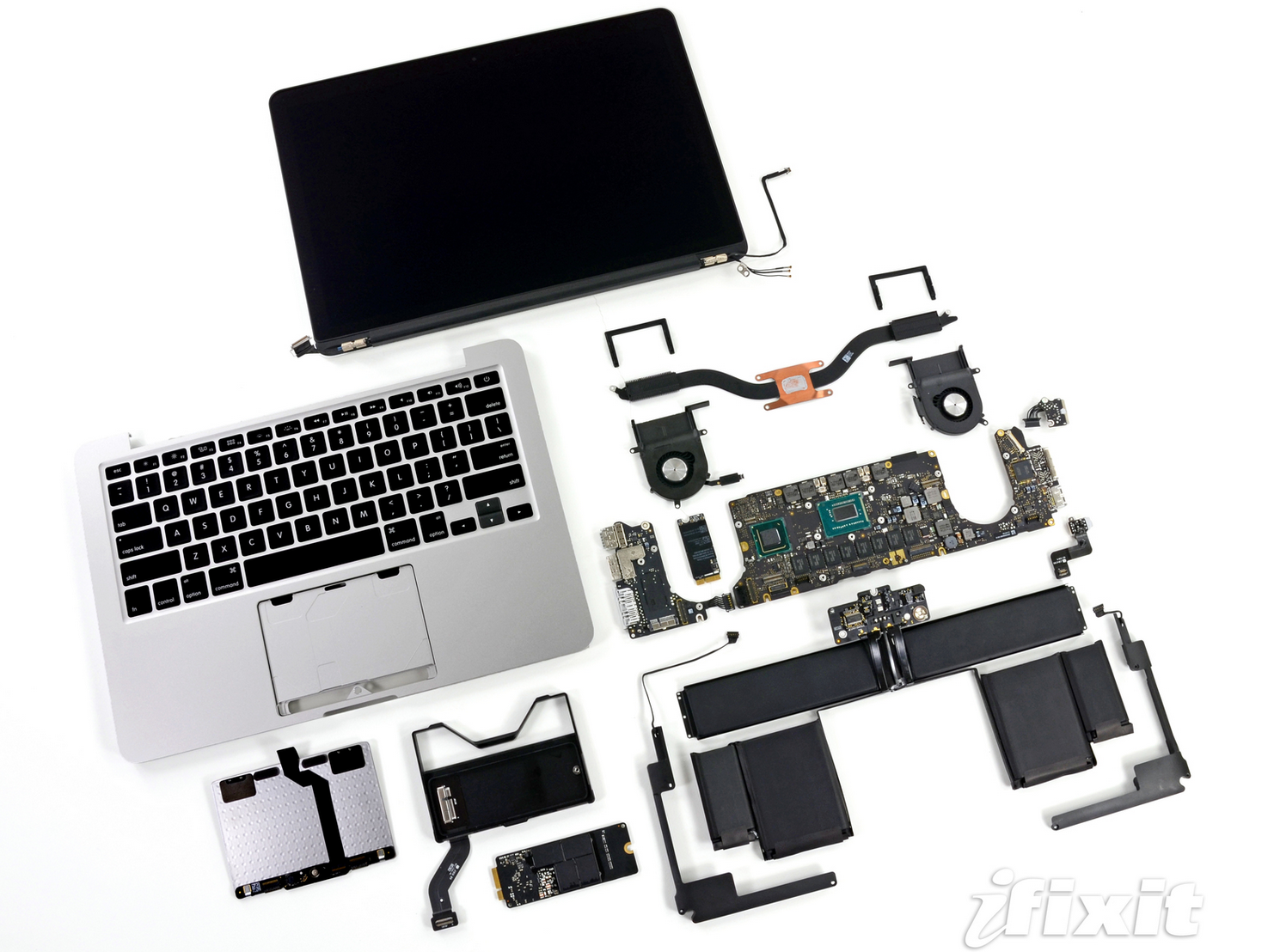 iFixit got its hands on some of the latest Apple products announced earlier this week, as usual, and it is giving the new 13-inch Retina MacBook Pro its normal tear down treatment today. If you remember, iFixit called the first Retina MacBook Pro, the 15-inch model, the “least repairable laptop yet” due to its “lack of repairability, upgradeability, and recyclability.” While Apple appears to have made some small changes to address those issues in the new 13-inch model, iFixit found many of the same problems again. It therefore gave the 13-inch model a 2 out 10 repairability score— just one point higher than the 15-inch model.

iFixit explained how the 13-inch model is slightly more recyclable than the 15-inch:

The 13″ MacBook Retina is slightly more recyclable than the 15″ Retina. Once inside, it took us *only* 15 minutes of prying to remove the battery, and we didn’t puncture the battery cells. It was definitely a doable feat (compared to nearly impossible for the 15″ Retina), but still a far cry from the no-adhesive, non-Retina MacBook Pros… *

The report also noted the device’s battery cells have been rearranged to allow “designers to cleverly tuck the SSD away underneath the trackpad assembly.” What’s interesting here is that you can fit a normal 2.5-inch SSD in here. iFixit threw a Crucial drive in (below) and found it was too thick but thinner models would likely work. We’re investigating this and will have more info shortly.

So, now you can easily replace the trackpad if it breaks—something that isn’t possible on the 15-inch because the trackpad is covered by the battery cells.

OWC posted the photo below showing its OWC Aura Pro SSD installed in the new MacBook’s drive caddy. They’re investigating as well and should have more for us soon: 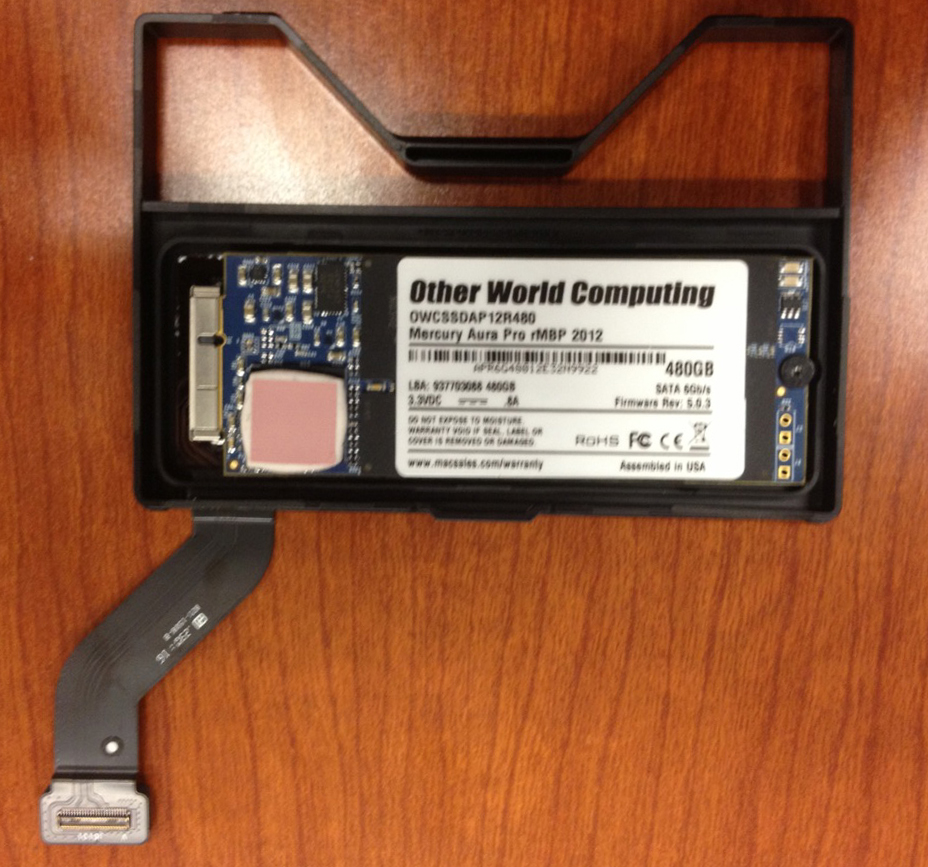 The iFixit report also found a new addition to the MacBook Pro that it can’t explain:

At first we thought we found some kitten fuzz inside a couple of screw holes, but it turns out that Apple glued in a small piece of steel-wool-like metal on top of two of the speaker screws. Why, you ask? We don’t know, but we have some hypotheses, and we’d love to hear if someone has a plausible answer. Possibilities include: Grounding, Noise reduction, Tamper-evident seals?