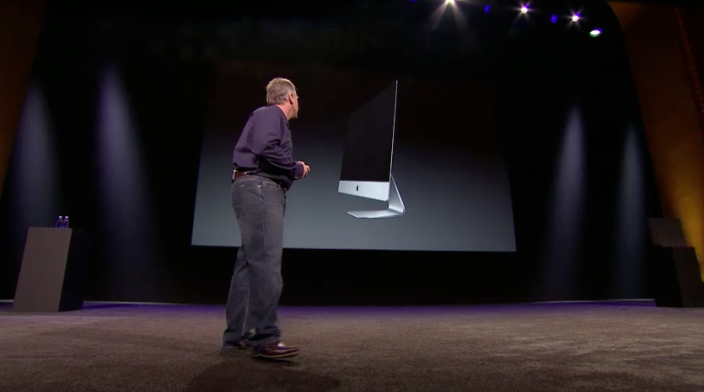 Apple Senior Vice President of Worldwide Marketing Phil Schiller, who was on stage for the majority of Apple’s Mac announcements earlier this week, sat down with TIME following the event to talk Macs. The first topic of conversation was the sometimes-controversial design of recent Mac refreshes, including: the removal of optical drives, lack of repairability, and new I/O standards:

“This is what Apple has always been about, and the Mac has been about, from the first Mac and first iMac,” Schiller said. “It’s always been about making the best Mac we know how. Among the many benefits are making it easy to use and affordable, with great features. This high level of integration is part of delivering on that.”

While calling Blu-ray a “complex and not-great technology,” Phil talked the removal of old standards, such as optical drives, and the move to SSDs:

“These old technologies are holding us back,” he said. “They’re anchors on where we want to go…We find the things that have outlived their useful purpose. Our competitors are afraid to remove them. We try to find better solutions — our customers have given us a lot of trust… It actually comes from similar thinking as with the portables,” Schiller said. “In general, it’s a good idea to remove these rotating medias from our computers and other devices. They have inherent issues — they’re mechanical and sometimes break, they use power and are large. We can create products that are smaller, lighter and consume less power.

When asked about the possibility of making cheaper Macs, Schiller said he doesn’t consider Macs high priced for the value, and that Apple “wouldn’t make something cheap or low quality”:

“…We wouldn’t make something cheap or low quality. When the economy is difficult, people care a great deal about the things they spend their money on. Customers have come to understand that Apple’s products aren’t priced high — they’re priced on the value of what we build into them.”

Unlike CEO Tim Cook, who referred to Microsoft’s new Windows 8 Surface tablet as a car that flies and floats, Schiller didn’t have much to say about Windows 8:

“Primarily, we think about what we’re doing, not what others do.”

For more of Harry McCracken’s interview with Schiller, head over to TIME.