EE launches the first 4G network in the UK today, plans starting at 500MB for £36 a month 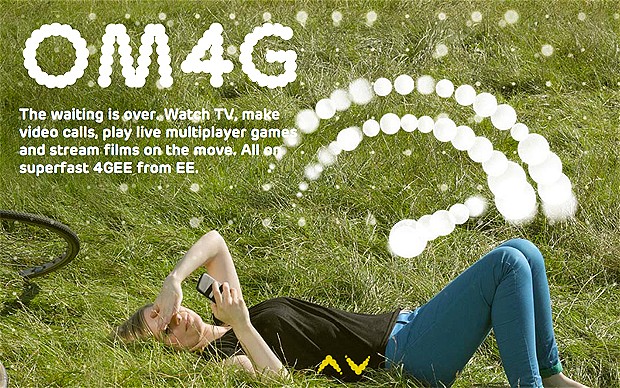 Everything Everywhere, a 50/50 joint venture between Deutsche Telekom and France Télécom, has launched the UK’s first 4G network today, citing speeds “typically ten times faster” than broadband. The 4G service is now available in 11 cities: Bristol, Birmingham, Cardiff, Edinburgh, Glasgow, Leeds, Liverpool, London, Manchester, Sheffield, and Southampton. The rollout across the UK will continue 2,000 square miles every month to cover 98% of the country’s population by 2014, the company announced.

4G data plans on EE will start monthly at 500MB for £36, 1GB for £41, 3GB for £46, 5GB for £51, and 8GB for £56. There are six compatible phones that customers can purchase at T-Mobile and Orange stores to use on EE, and as announced last month the iPhone 5 is one of them, along with the iPad mini and 4th gen iPad in mid-November. 4G service will also be available in the UK from Vodafone, O2 and Three in May 2013, after dealing with government regulation.

EE CEO Olaf Swantee discussed the rollout: “But this is just the start as our 4G network will continue to grow stronger and wider by the day. We’re investing £1.5 billion in our network to be the first company to offer mobile 4G in the UK, alongside the biggest 3G network.”

Additionally EE launched 700 retail stores today, offering a place for customers to buy handsets and sign contracts for the 4G network. EE is calling it “one of the biggest and fastest transformations in UK retail history.”

Over 700 EE stores open on high streets across the country

30th October 2012. London. Superfast services are available for consumers and businesses for the first time ever today as EE, the UK’s most advanced digital communications company, launches its new 4G service in 11 cities.

The launch is set to offer a timely boost to the UK economy offering firms the opportunity to increase innovation, boost productivity and cut costs, as has been the experience of companies in countries such as the US, Sweden, Japan and Germany since the technology was first introduced[1].

Today also marks the arrival of over 700 EE stores on high streets across the country in one of the biggest and fastest transformations in UK retail history.

Olaf Swantee, CEO at EE, said: “Today is a landmark day for our company, the UK mobile industry and, most importantly, the country’s businesses and consumers.

“But this is just the start as our 4G network will continue to grow stronger and wider by the day. We’re investing £1.5 billion in our network to be the first company to offer mobile 4G in the UK, alongside the biggest 3G network. Combined with our Fibre Broadband and revolutionary service model we have a pioneering and unique offer to customers across the UK – superfast speeds in the home, superfast speeds on the move and expert service on nearly every high street in Britain.”

The delivery of 4G and the company’s retail transformation has been underpinned by an intensive employee training programme as well as a comprehensive national IT infrastructure upgrade to ensure that EE customers receive expert service.

In its first phase, the 4G service is going live in Bristol, Birmingham, Cardiff, Edinburgh, Glasgow, Leeds, Liverpool, London, Manchester, Sheffield and Southampton. This will allow users to:

Access the web on the go in an instant

Watch live TV on the move without buffering

And today’s launch is just the start as 4G coverage from EE will expand by 2,000 square miles every month, both into new cities as well as providing denser coverage in existing areas. This means the service will be available in a further five cities before Christmas, with more cities and rural locations planned for 2013, and 98% of the population due to be covered by the end of 2014.

On average, 4G mobile coverage will be made available to around two million people in Britain every single month between now and the end of 2014, making this the fastest rollout of any UK network in history.

EE, T-Mobile and Orange customers will benefit from a new level of customer service, with 10,000 EE experts trained to serve and sell to customers in a new way, designed around specific handset types. These experts can be contacted over the phone, online, or in one of the 700 newly branded EE stores on the high street and in shopping centres.

4G and the benefits to business

The study reveals that:

74% of UK businesses intend to adopt 4G within 12 months Newcastle’s business community is showing the strongest demand for 4G, with eight out of 10 Newcastle-based firms (85%) intending to roll out the superfast mobile service within 12 months 78% in London plan to do the same CEOs and sales staff will be first in the business to use the new technology. The study noted a similar trend occurring in America.

British businesses expect 4G to help increase productivity (58%) and boost employee well-being and motivation (38%). The technology will also help firms compete through innovation – 50% want 4G so they can set up an internet connection quickly without having to wait for a fixed line to be installed. This is a boon for retailers wanting to set up a pop-up shop, or builders looking to set up a temporary office onsite.