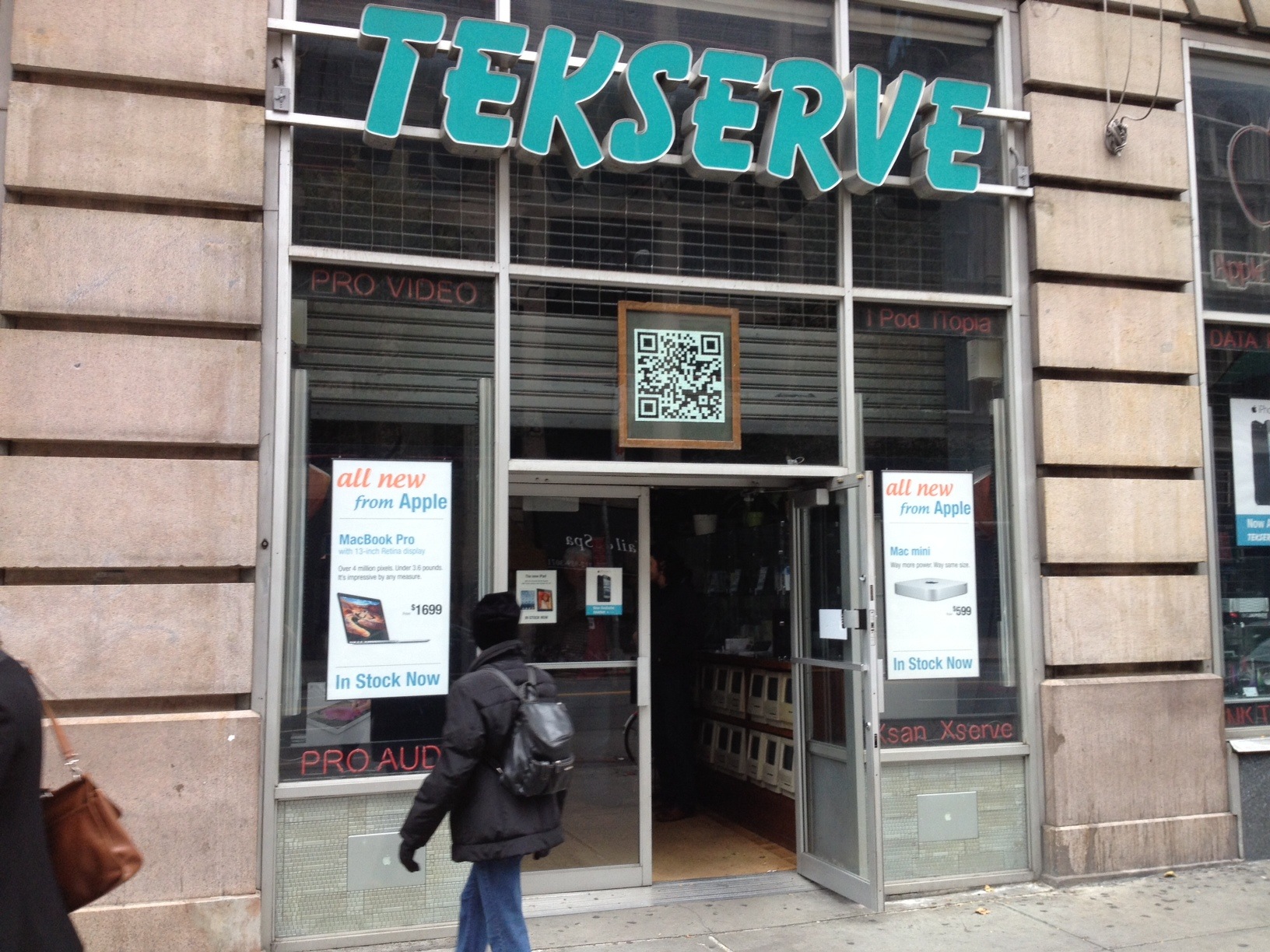 Despite being hit by the massive Hurricane that rocked the Northeast ealier this week, New York-based Apple reseller Tekserve is still chugging along in its W. 23rd St. store in downtown Manhattan. The store is without power, but since it didn’t suffer from any flood damage it opened up this morning for the first time this week.

We spoke to CTO Aaron Freimark over the phone this afternoon. “We’re on relatively high ground in Manhattan, so we didn’t really get any flooding. But the blackout was a really big deal for us,” he said. Of the 210 employees that are employed by Tekserve, only a fraction were able to come in. Not everyone was able to seek transportation to the store.

Freimark says the “skeleton crew” has been working through the day without power. Tekserve has sold a few computers, returned repaired devices, and  filled additional purchase orders. “We even did an iPhone 5 sale, which is really nice because they come charged,” Frimark said. The staff is doing what they can, but can’t diagnose problems with devices until the power comes back on. Frimark was boastful of his staff for coming in during such hard times for the city.

Tekserve doesn’t expect to get power until the weekend, but is trying to get a generator so customers and those passing by can charge their cellphone. It has set its store hours from 11am to 5pm in the mean time. In New York and have a need to get something Apple related? This is your spot. 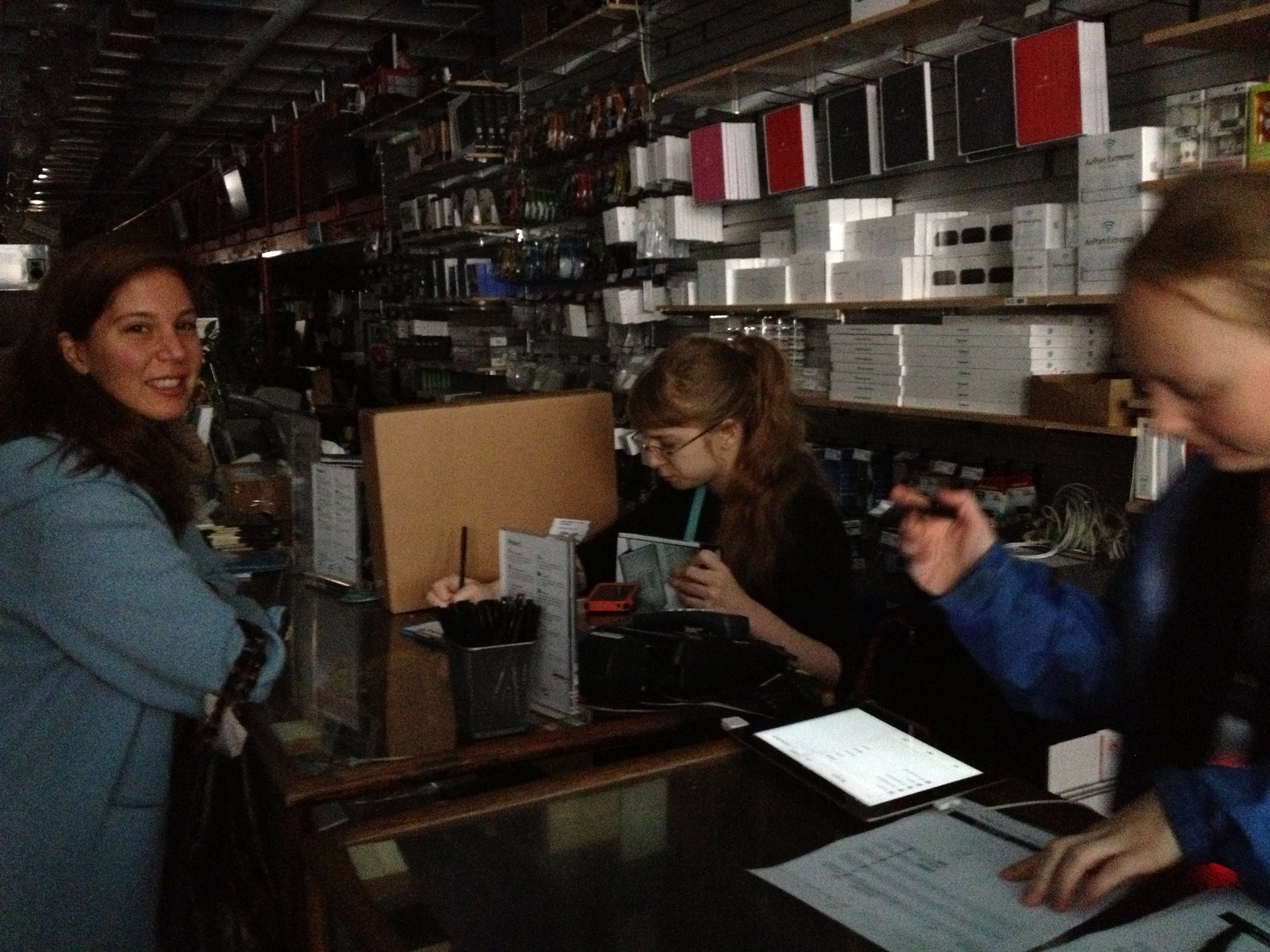