As always, we’ll update the list of new apps and updates below as they hit the App Store:

Evernote 5 for iOS: Following the introduction of a new desktop version, Evernote is teasing the upcoming release of Evernote 5 for iPhone, iPad, and iPod touch on its blog today. Version 5 of the iOS app is completely redesigned and includes a new Quick Note button, a “Recent Notes” list on 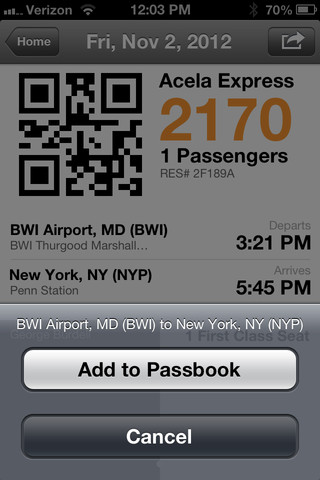 iPad, as well as “Views for Notes, Notebooks, Tags, and Places.” We get a preview of the new app in the video above.

Amtrak version 1.3: The official Amtrak app has added Passbook support today with the new eTickets now accepted at all stations:

From the integrated eTicket screen you select the action button to add it to Passbook. Passbook eTickets can be shown and scanned by conductors onboard Amtrak trains nationwide.