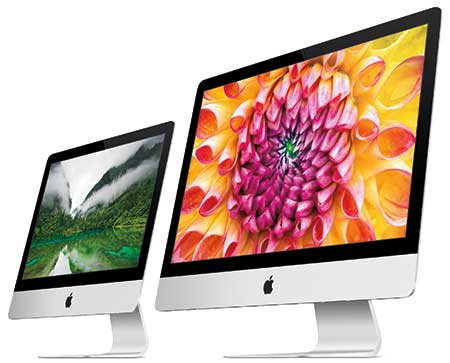 Apple allegedly plans to one-day abandon Intel to implement a version of chips into Macs that currently power its mobile devices.

The Cupertino, Calif.-based company first began using Intel processors for Macs in 2005, but two of Bloomberg’s sources noted Apple would continue to rely on the tech for at least a few more years:

As handheld devices increasingly function like PCs, the engineers working on this project within Apple envision machines that use a common chip design. If Apple Chief Executive Officer Tim Cook wants to offer the consumer of 2017 and beyond a seamless experience on laptops, phones, tablets and televisions, it will be easier to build if all the devices have a consistent underlying chip architecture, according to one of the people.

Thinner and faster devices, as well as streamlining the OS between handsets and Macs, are among the most notable directions for Apple in recent years, and one source even told Bloomberg the company is further attempting to move “computing tasks that now require separate parts into the central chip,” which is also an interest of Mansfield’s (sic):

To make this switch, Apple could hire a contract manufacturer such as Taiwan Semiconductor Manufacturing Co. (2330) to build the Apple-designed component based on ARM’s technology, similar to how Samsung Electronics Co. (005930) now builds the semiconductor inside the iPhone and iPad. Apple’s $121.3 billion in cash and investments would give Cook the ability to tap new suppliers. Intel manufactures its own chips.

9to5Mac contacted both Apple and Intel for a comment and will subsequently update with any additional information.

Get the full report at Bloomberg.