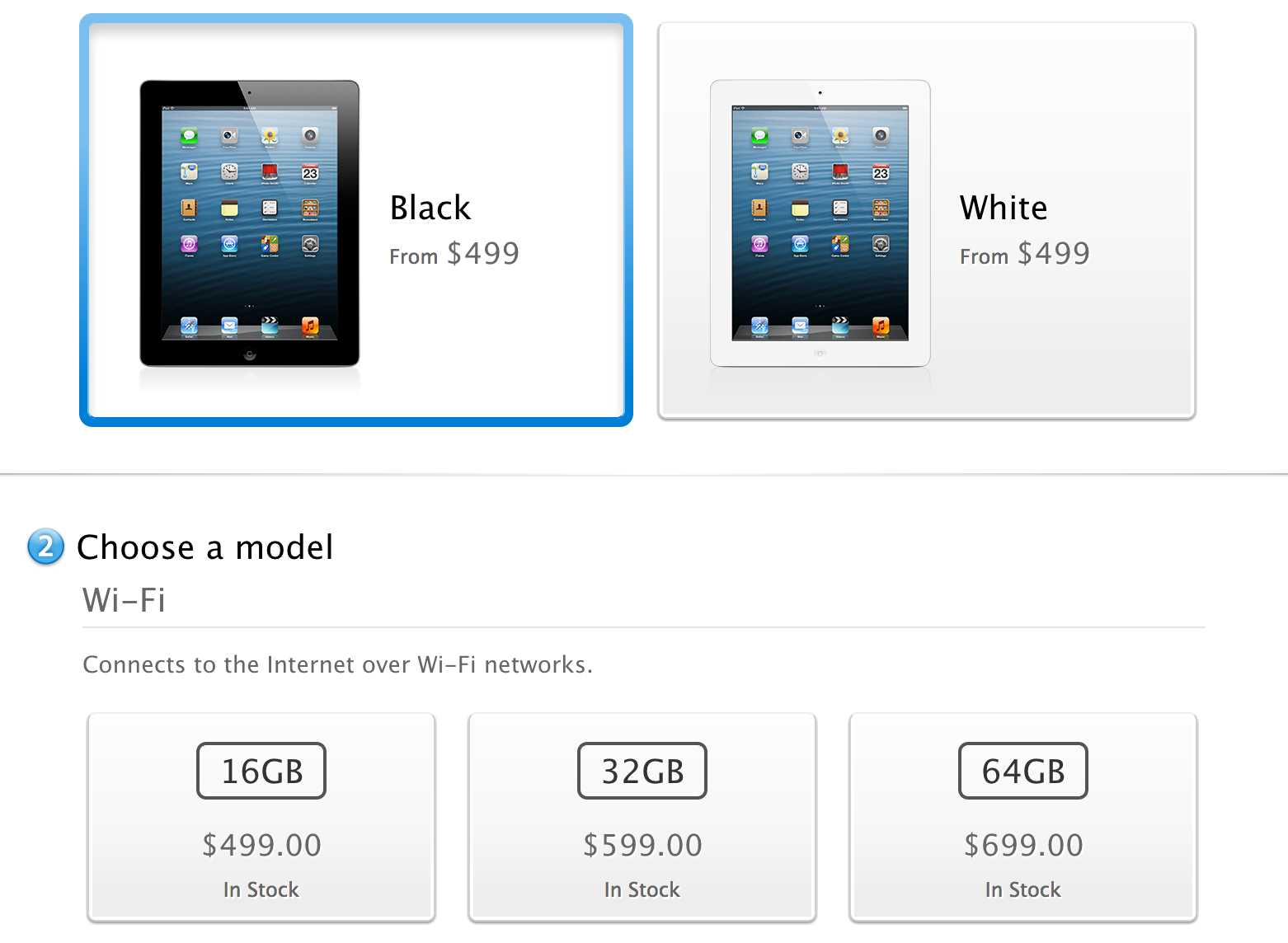 Last time we checked in, the new fourth-generation iPad with Retina display was listed as shipping in “3-5 business days” from Apple’s U.S. website. That was down from the estimated one-week shipping time Apple had listed for the device in the weeks leading up to the device’ official Nov. 2 launch alongside the iPad mini. Since then, Apple announced it sold 3 million new iPads (iPad 4 and iPad mini) over the first three days that the devices were on sale. While CEO Tim Cook confirmed Apple is “practically sold out of iPad minis,” it appears it has now caught up with supply/demand for the iPad 4. At least Apple’ s U.S. and Canadian online stores now list all Wi-Fi models of the iPad 4 as “in stock”, meaning Apple has supply ready to ship immediately. LTE models are still expected to roll out over the next couple weeks.

This comes a week after Apple sold out of initial iPad 4 supplies on its website. Apple did, however, begin allowing personal in-store pick-ups for new iPads ordered after 10 p.m.

It’s unclear what percentage of the 3 million iPads Apple sold were made up of iPad mini and iPad 4 models, but it looks like Apple is having a much easier time with supplies of iPad 4. It remains to be seen whether Apple can catch up with iPad mini demand leading into the holidays. Apple’s website still currently lists the device as available in “2 weeks”, with online stores in different countries listing the LTE models as available in mid- to late November. There is no word when Apple Stores will get additional supplies, but many we checked with have remained sold out since launch day.

Perhaps low sales of iPad 4 compared to iPad mini can be attributed to lack of rumors leading up to the device’s launch?