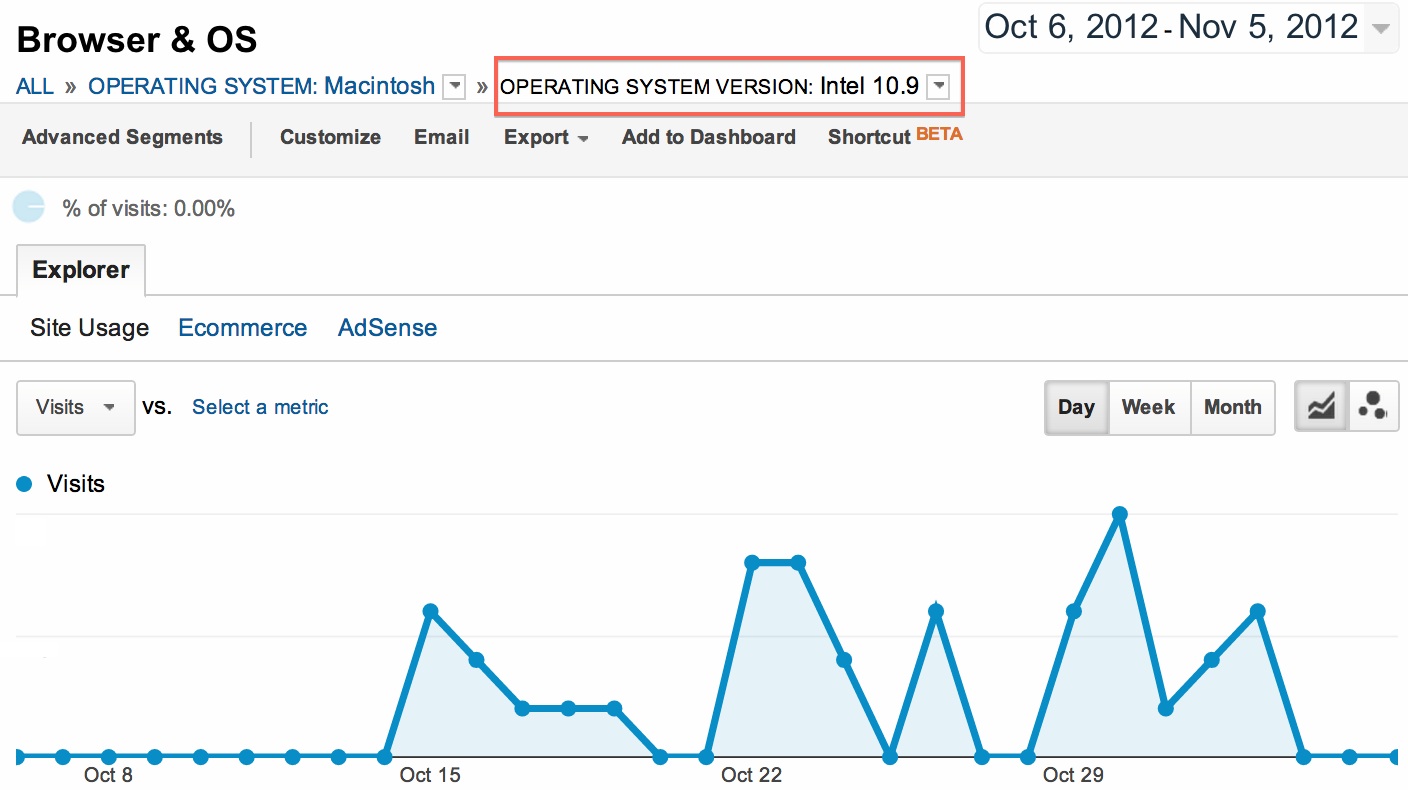 Over the last month, we received page views from Mac OS 10.9 machines geo-IP located both on Apple’s corporate network and in the Bay area. There are at least four different IP addresses that these hits are coming from, and the screen resolution on at least two of them is consistent with the 15-inch Retina MacBook Pro’s display.

It is possible, technically, that these could be faked, but the timing and IP addresses are in line with what we expect from beta testers of the next version of Mac OS 10.9

We received additional information that others have also started seeing 10.9 in their logs.

While it isn’t particularly surprising that Apple is testing its next generation Mac OS, it does indicate that wider testing has begun.