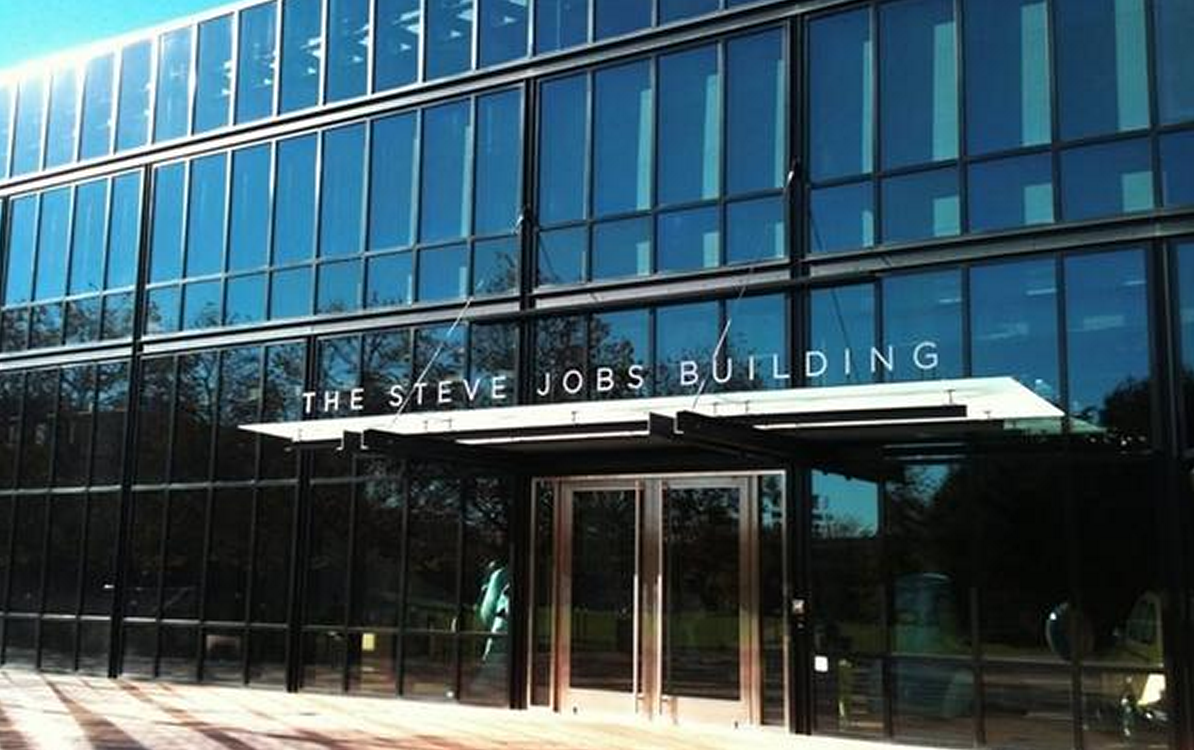 As noted by the PixarTimes, a Pixar employee tweeted the photo above showing what is apparently the entrance to the main building on Pixar’s campus newly named in memory of Steve Jobs. Jobs actually played a big role in designing the building itself as CEO of Pixar, as recently noted in the Walter Isaacson “Steve Jobs” biography. Pixar recently honored Jobs for his contributions to the company in the end credits of its latest animated film “Brave”, but the naming of the building is obviously a more permanent tribute to the man who helped form the company. OfficeSnapshots has a good account of Jobs’ role in creating the main Pixar building, much of which is found in the biography (excerpt below):

According to Jobs’ recent biography, the headquarters was to be a place that “promoted encounters and unplanned collaborations.”… Jobs also strived for a campus that stood the test of time. Tom Carlisle, Pixar’s facilities director adds that, ”He didn’t want a standard office-park building—one with corrugated-metal siding or ribbon windows. The building had to look good 100 years from now. That was his main criterion.”

Pixar’s campus design originally separated different employee disciplines into different buildings – one for computer scientists, another for animators, and a third building for everybody else. But because Jobs was fanatic about these unplanned collaborations, he envisioned a campus where these encounters could take place, and his design included a great atrium space that acts as a central hub for the campus.

Brad Bird, director of The Incredible and Ratatouille, said of the space, “The atrium initially might seem like a waste of space…But Steve realized that when people run into each other, when they make eye contact, things happen.”

And did it work? “Steve’s theory worked from day one,” said John Lasseter, Pixar’s chief creative officer “…I’ve never seen a building that promoted collaboration and creativity as well as this one.”