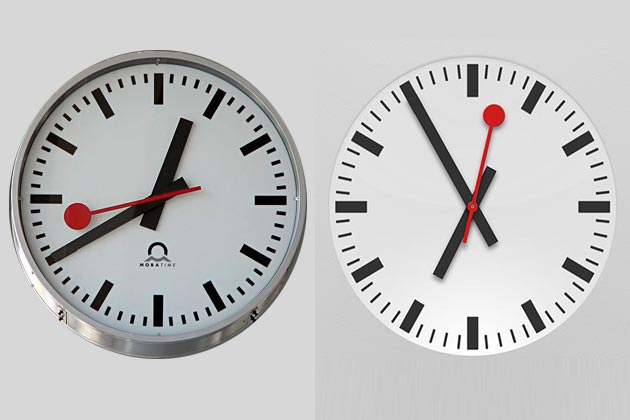 The Mondaine clock is an O.K. design, but I think Apple could have done a better job on its own and probably could have saved a few million bucks in the process. The $21 million figure represents about 10 cents per device if you figure 210 million devices going to iOS 6. The exact terms of the deal weren’t given.

A SBB rep said at the time that SBB was more interested in bringing clarity to where and how Apple could use the logo than in raking in cash. “We’re rather proud that a brand as important as Apple is using our design,” she said in September.

The clock was designed in 1944 by Swiss engineer Hans Hilfiker and remains the property of SBB. It is still used in SBB’s stations.

Hopefully this doesn’t embolden Braun to go after Apple, because it pretty clearly ripped off the German company in its original iOS calculator design: 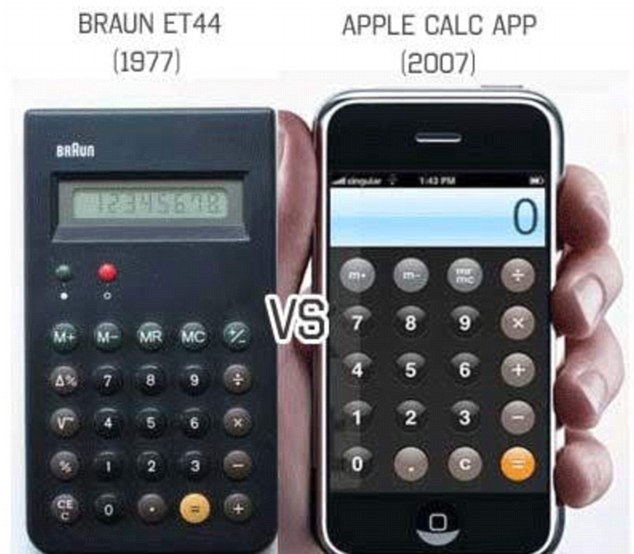