Reports out of Asia: New iPhone 5S, iPad & Apple TV to launch in 1st half of 2013, Samsung hiking prices on Apple processors 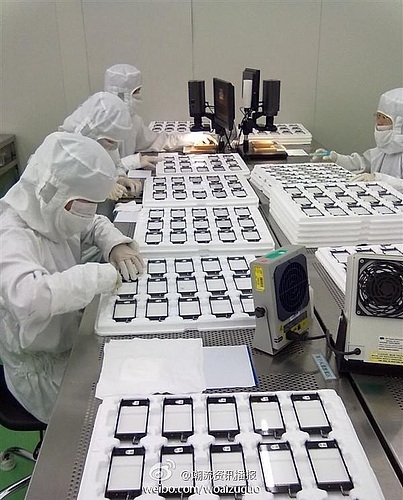 Just in time for the holidays comes the rumors that your Apple products may soon be out of date earlier than you expected. The Taiwan-based Chinese Commercial Times today reports that Apple will introduce new, perhaps lower-cost versions of its iPhone, iPad, and Apple TV in the first half of 2013. The translation, below, is a little rough, but it would be great and appreciated if readers want to either email or comment with a better translation.

Apple against Samsung quietly trial production, December edition iPhone (rumored iPhone5S) of 5 to 10 million units in the first trial production point of view, forecast massive shipment of the first quarter of next year. The industry pointed out that Apple’s new machine together, the new version of the iPhone, iPad and iTV in the first half of next year will be launched, including in low-priced products are also expected to debut, breaking Apple over the years, the practice of the year a new machine.

The reasons for the quicker-than-usual cycle are said to be increased competition from Samsung as well as low-yield rates on the iPhone 5 design. We’d caution that it is hard to tell when Apple is going to ramp up their iPhone and iPad refreshes based on what suppliers are being asked for now. Also notable (and unlikely) is that “low priced products” are expected.

Speaking of Samsung, Chosun.com reports that Korea-based conglomerate is increasing the prices it charges Apple for its A-series processors by 20 percent. The processors, produced in Samsung’s Austin Texas plant, are designed by and produced exclusively for Apple. Obviously with all of the competition and lawsuits happening, Apple has been rumored to be looking for a new long-term chip-making partner. In the meantime, Samsung may be looking for additional revenue to help re-tool its plant.