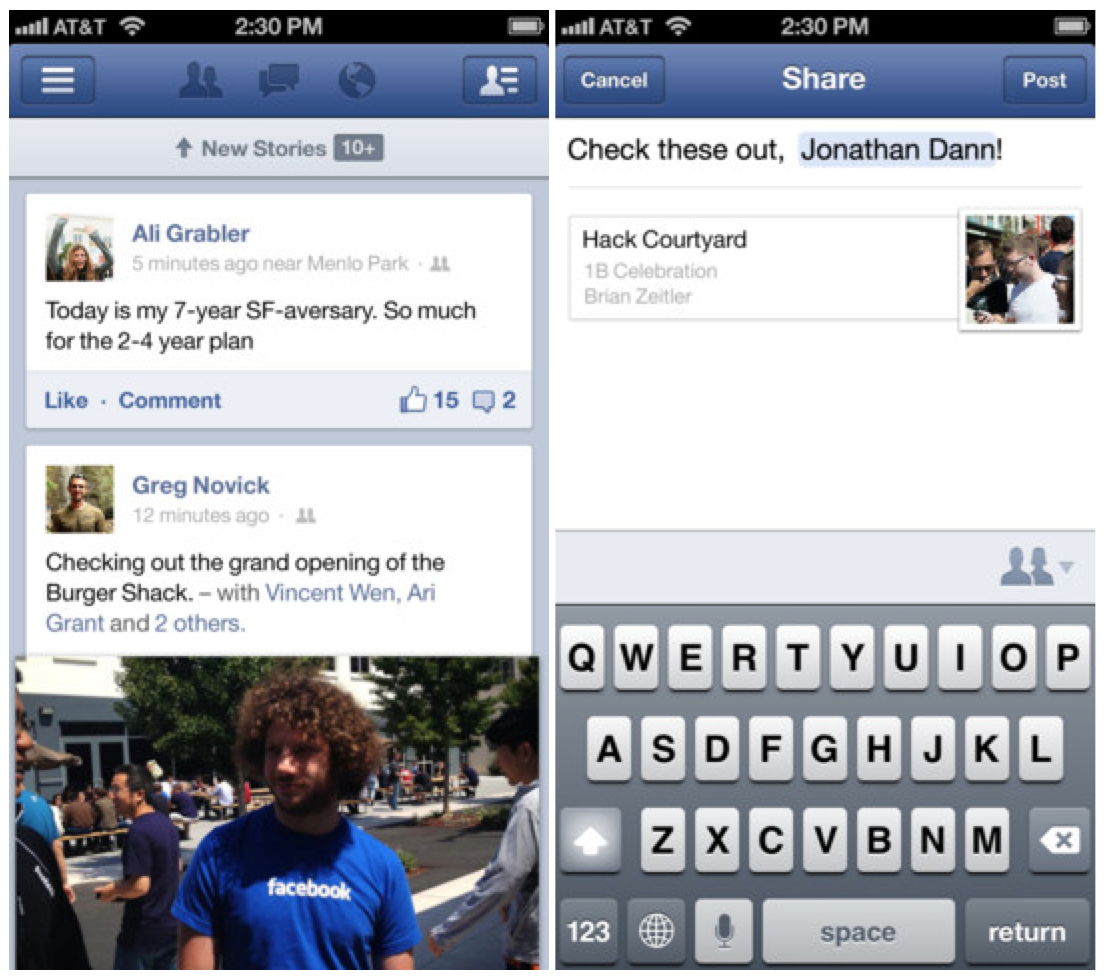 After updating its iOS app with new messaging features, multiple photo sharing, and Facebook Gifts in version 5.1 earlier this month, Facebook just released a new version of the iOS app with more new features. Facebook updated the app’s news feed to include a new Share link for reposting stories and a button next to News Feed in the left sidebar to sort your feed. Other improvements in version 5.2 include the ability to tag people in any post, comment, or photo and new heart and smiley emojis in messages.