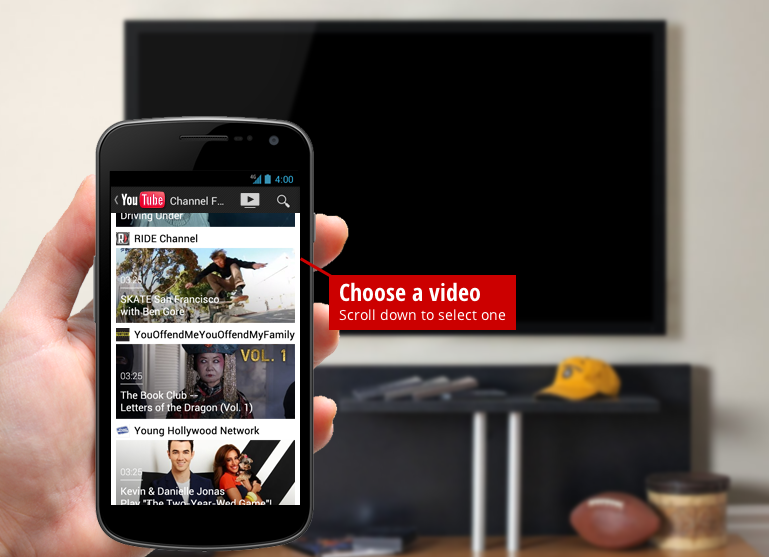 As the television race heats up, Google said it is working on an open alternative to Apple’s AirPlay—a technology first introduced in iOS 4.2 that allowed users to share photo, audio, and video to the Apple TV.

Google had a similar streaming product to the Apple TV this summer—the Nexus Q— that allowed for sharing of content via an Android device to the TV. However, the product flopped and didn’t see the light of day for many customers. Additionally, in Google’s move to try to compliment streaming to the TV, the folks at YouTube launched an AirPlay-like feature last week that allows users to beam YouTube videos from their Android device straight to the television.

Speaking to GigaOm, Google Product Manager Timbo Drayson made it clear that Google has big plans in the space and wants to move forward. “We really want to move the whole industry forward,” Drayson told the publication.

How will Google move the industry forward? It may just partner with as many partners as possible. It worked with Android, so why wouldn’t it work here? Drayson said Google is “actively working with other companies” to implement a new AirPlay-like standard. Remember, Google also has its Google TV platform that this could play nicely off.

And it’s not just about remote control functionality and beaming a video from your mobile phone to the TV we are talking about. The new protocol makes it possible for data to flow in both directions, Drayson explained, which would enable developers to build second-screen experiences that correspond to what’s happening on live TV as well. Also on the roadmap: beaming content from your laptop to your TV screen.