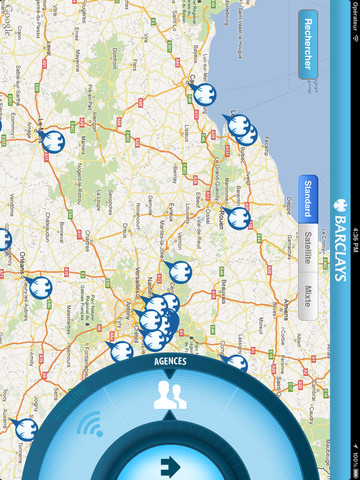 This has to be a worrying trend for Microsoft, as its Windows OS powers every bank client transaction I’ve ever made. It doesn’t sound like the Surface was in the running either.

Barclays told us that staff had demanded the reassuringly expensive pad over any other shiny devices – clearly there are a lot of fanbois in the bank’s ranks.

She said the device will be used “to assist our branch colleagues to interact with customers, improving the customer experience”.

“We investigated a number of different tablet options and in this instance, we concluded that iPads were the best solution for their specific needs. We are now starting to use these across Barclays branches in the UK,” she said.

At around $500 a pop, the purchase would have been somewhere north of $4 million. This is not a huge transaction in the monster coffers of Apple, Inc., but it’s a bigger step in a new space for Apple.