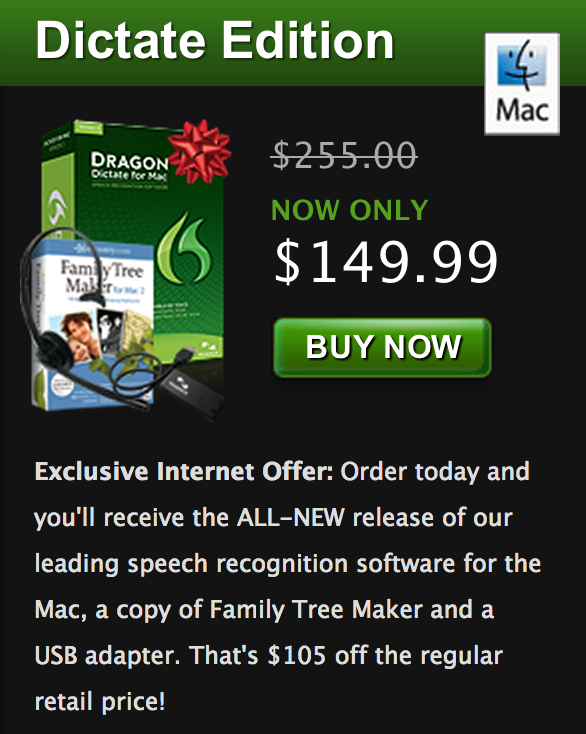 I’ve never put Dragon Naturally speaking up against Mountain Lion’s built-in dictation that theoretically uses the same Nuance speech recognition engine. Macworld did this week, however, and it came away with some stark differences. They found the Nuance client software adds some niceties and does a better job at learning your patterns.

If, however, you want to dictate regularly, for more than short, occasional texts, Dragon Dictate is the way to go. The program learns from what you say and from your corrections, improving its accuracy over time, and also allows you to edit text using your voice, to control applications and much more.

Macworld listed the following pros: Improved voice recognition, useful interactive tutorial for new users, and transcription from recorded audio files…and cons: transcription doesn’t support MP3, some editing and correction quirks, and an expensive upgrade required for Mountain Lion users of previous version. When it comes down to it, Mountain Lions’ dictation is a gateway drug to the good stuff. Dragon Naturally speaking is $155— today only for Cyber Monday.
40.714513-74.005122