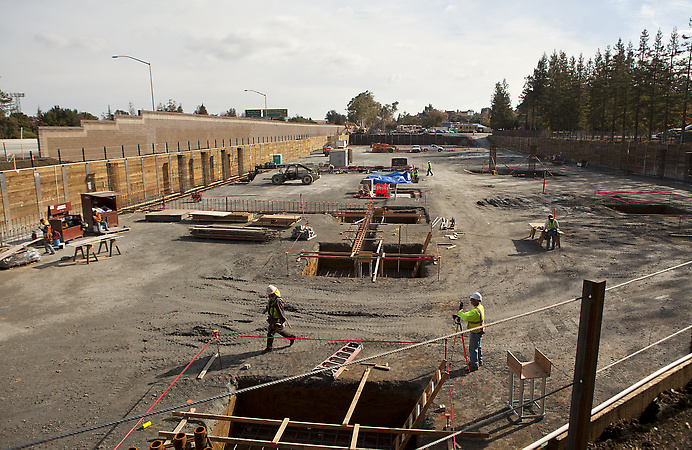 Mercury News reported that Cupertino, Calif.-based Apple has broken ground on a Santa Clara campus that is set to be home to 1,200 employees. The location is just short of the city limits of Cupertino, and it is a 296,000 square-foot space set to be developed by Peery Arillaga. It is said to be a two six-floor building campus—not to be confused with the massive Spaceship-like campus Apple currently has plans for. Earlier this month, we highlighted a few other Apple land grabs, which many believe are temporary offices until the new campus that is set to hold 14,000 employees is completed in mid-2016. The first six-floor building at the new Santa Clara location that is 188,000 square feet will be completed mid-2014, while there’s no word on the second.