With iPad mini introducing a brand new set of dimensions for case manufacturers, most have not been as quick as with previous iPad launches to get products on the market. In the first couple of weeks of the product’s launch, only a handful of well-known accessory makers were taking orders, and we unfortunately saw many cheap 7-inch Android cases repurposed and sold as iPad mini compatible.

Apple’s new Lightning connector standard was of course another hurdle, and means there are not nearly as many available third-party docks, keyboards, adapters, etc., as iOS device owners have come to expect.

Below, we have put together a guide to the best of the best iPad mini accessories we could find that are currently available to order and shipping before the holidays:

Belkin Flip Blade Stand: Durable, foldable, and compact, Belkin’s flip blade provides you a stand at the push of a button. Fortunately, Belkin has certified this popular universal dock for iPad mini and is currently selling it for $21.50 on Amazon. 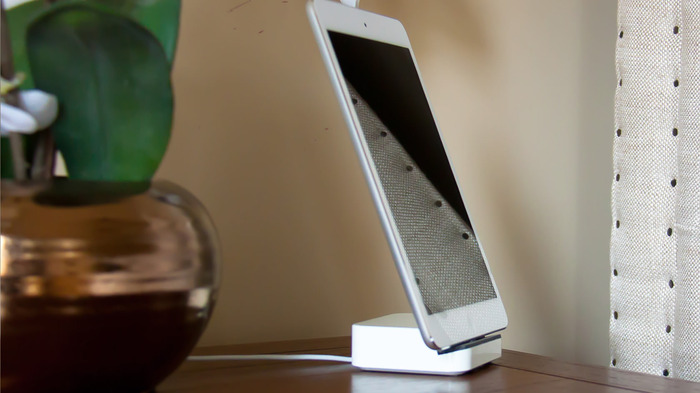 Dock+: With 16 days left to go in its Kickstarter campaign and its $75,ooo-funding goal already met, Dock+ is now officially supporting iPad mini. A $59 pledge will get you your choice of Dock+ and a lightning cable.

Chef Sleeve Cutting Board with iPad stand: Clearly for chefs taking advantage of the many iPad app cookbooks on the App Store, Chef Sleeve sells this dishwasher-safe, heat resistant, cutting board with a built-in iPad mini stand for $70. It’s made in the USA and ready to ship today. The company also has a $35 dishwasher safe iPad stand minus the cutting board, and it is compatible with iPad mini.

Quirky Converge Docking Station: This bring-your-own cable, universal dock from Quirky is designed to accommodate not just your iPad mini, but also every other generation of iPad, iPhone, iPod, and many other mobile devices. It’s easy to run your own Lightning cable to one of the four built-in USB ports. The Coverge Docking Station currently sells for $78 on Amazon.

Otterbox Defender Series Hybrid Case: One of the most popular lines from Otterbox, its Defender Series, has already made its way to the iPad mini in a few colors. The polycarbonate case that also doubles as a stand sells for $69.95 on Amazon.

Belkin Quilted Cover with stand: One of the nicest covers that we’ve had hands-on time with —that also doubles as a stand— comes from Belkin for $39.99. It’s available in a few colors, Black, Ruby, and Cream, and it features a magnetic strap that will also hold the cover back when using the iPad and protective corners that hold the iPad tight to the soft liner. 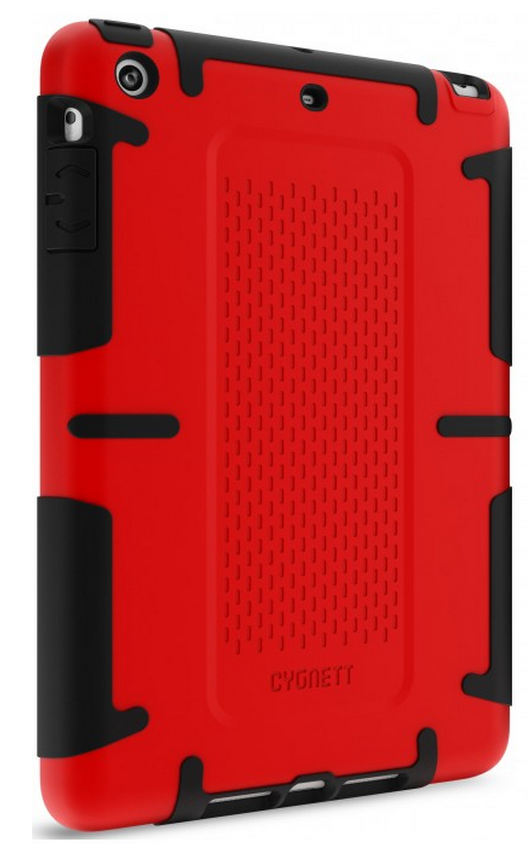 Cygnett: I have personally been using Cygnett’s cases on my iPhone and iPad mini full-time and have nothing but good things to say. The company sells its popular Workmate case for $38 on Amazon, but it also has a handful of other models that make up some of the nicest cases for iPad mini we could find. You can check out the company’s full selection here.

Mujjo: From its The Originals collection, Mujjo is out with an iPad mini version of its handcrafted, 100-percent wool felt and high-quality leather sleeve. This has been my go-to sleeve for my 15-inch Retina MacBook Pro, and I’ll likely be placing my order for the iPad mini version shortly. It doesn’t provide as much protection from impact as something with a bit more cushioning, but the quality and style make up for what lacks in protection. It sells with brown or white leather accents for €44.95 from Mujjo.

Speck also has a few low-priced folio style cases worth checking out, too.

If you want something want protection without the bulk, Zagg has its invisibleSHIELD screen protector available for iPad mini for $15. For the device’s backside, Lumaguard has you covered with an assortment of colors and finishes for its $24 and up protective film.

Zagg Mini 7 and Mini 9: We’ve tried out many of Zagg’s iPad keyboards in the past, including the super-thin backlit keyboard (that is also compatible with iPad mini), and its older models for previous-gen iPads. Like most of the company’s products, Zagg’s products are built to last and usually makes products from its competitors feel like toys in comparison. That’s why we have no problem recommending Zagg’s latest addition: two new Bluetooth keyboard cases dubbed “Mini 7” and “Mini 9“. Both models sell for $89.99, but Zagg also has its Flex and Solo models for $55.99.

Belkin Wireless Keyboard and Case: Belkin is one of the bigger accessory makers with a big selection of iPad mini gear available. While initial supplies sold out quickly, Belkin is still taking orders for its new $80 wireless keyboard case for iPad mini.

iPad mini mod: From the makers of the iPhone5Mod.com products, iPadminimod.com is selling a $39 aluminum keyboard cover.

If you’re looking for a cheaper solution, Amazon has a number of iPad mini-compatible options that range from a $20 keyboard cover/stand to a $35 leather keyboard case from Ionic.

Car Adapters: Well-known accessory maker Griffin recently announced its first Lightning Car Charger with the $25 10-Watt PowerJolt SE. Another 10-Watt car charger, minus the coiled cable, comes from Belkin for $29.99. For cheaper solutions, Amazon has a few ranging from $12.99 to $14.99 with cable included.

Check out our guide to the best Lightning cable accessories here… 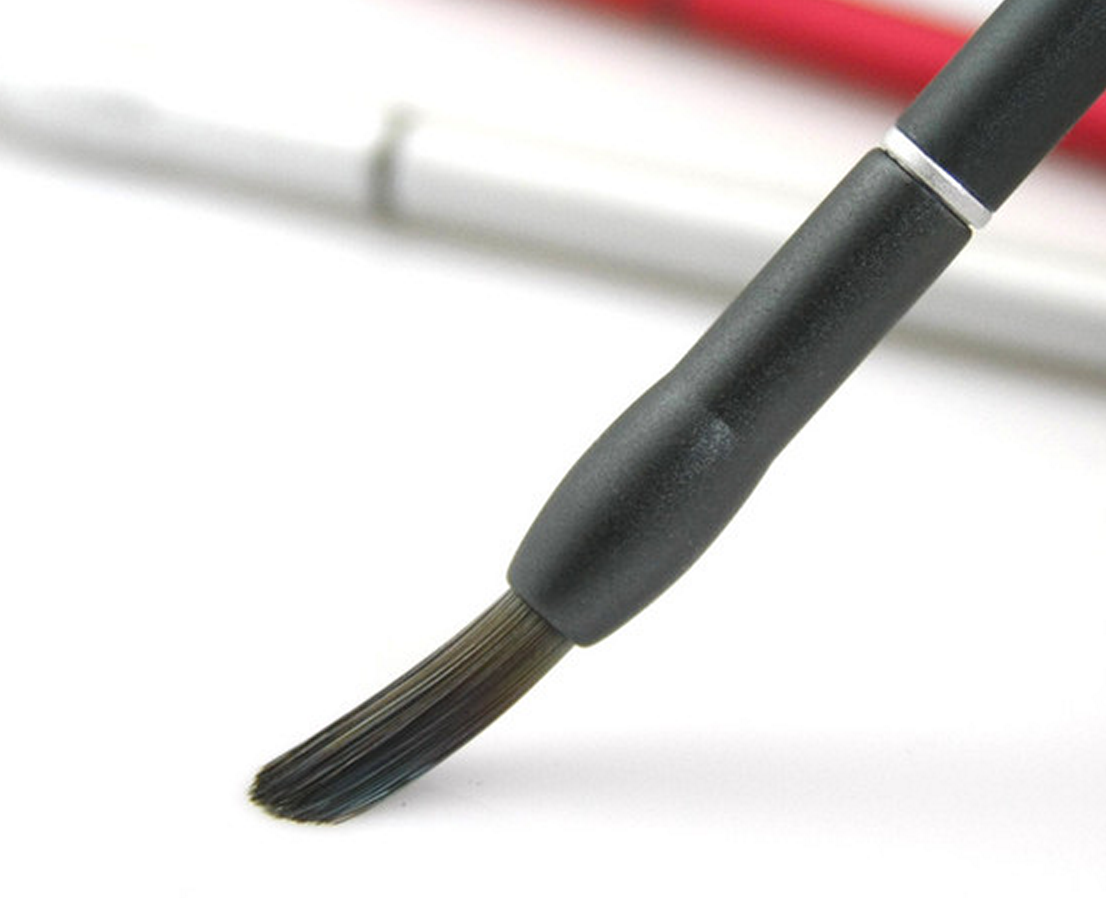 Nomad Flex: I’m not a big stylus user, but NomadBrush sent me one of its Nomad Flex styluses with an all-synthetic brush tip made to feel like a real paintbrush, and I’m a big fan. If you’re looking to make the transition from canvas to your iPad, I’d recommend checking out the company’s selection.