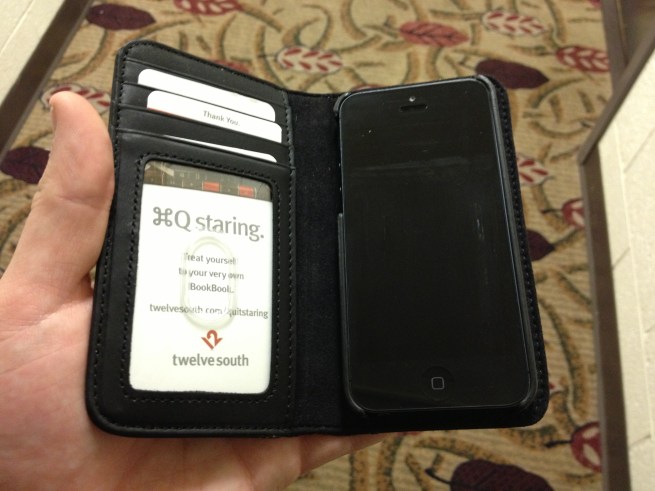 Following up its popular BookBook case for previous generations of the iPhone, Twelve South has released a new BookBook that is designed to fit the taller and thinner iPhone. The case, which we have been testing for approximately a week, not only is redesigned to fit Apple’s new iPhone design, but adds some new features as well. The TwelveSouth BookBook iPhone 5 case rolls two unique iPhone case ideas into one: an iPhone case that looks like a mini, vintage book cover, and an iPhone case that includes the functionality of a basic wallet.

The case looks great and unique and definitely fits Twelve South’s goals of making it look like a classic book. The quality of the leather book-like cover’s materials (Twelve South says it’s made from genuine leather) is solid so the case should last a long time and survive drops and scratches. However, a big downside to the BookBook’s book-cover like design is that the front flap does not stay shut. When you leave it on a table or out in the open, your iPhone’s display will mostly be exposed. However, the flap easily shuts if it is pressed down (like it would be in a pocket). 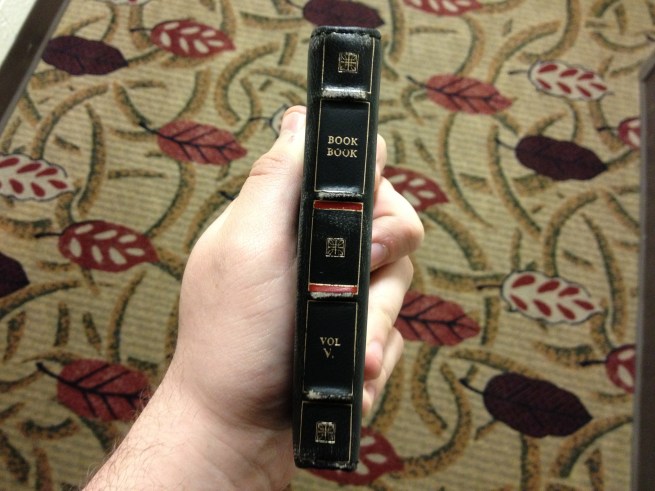 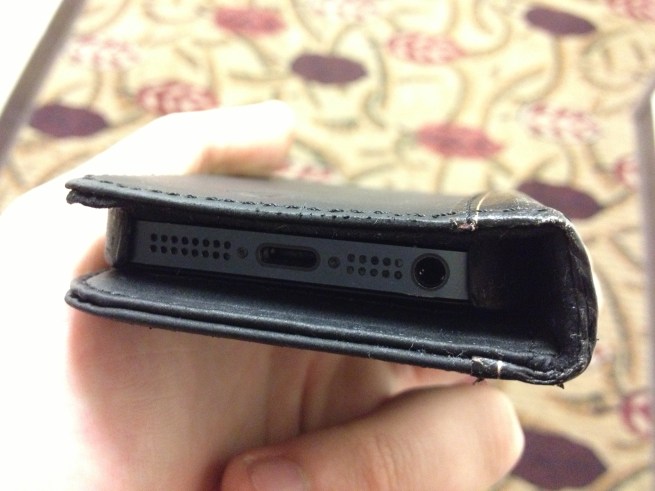 However, the plastic does not seem raised high enough above the display in order to protect your iPhone’s screen if it were to fall flat on a surface. The plastic leaves room for access to the headphone jack, Lightning connector port, speakers, front camera, and top sleep/wake button. 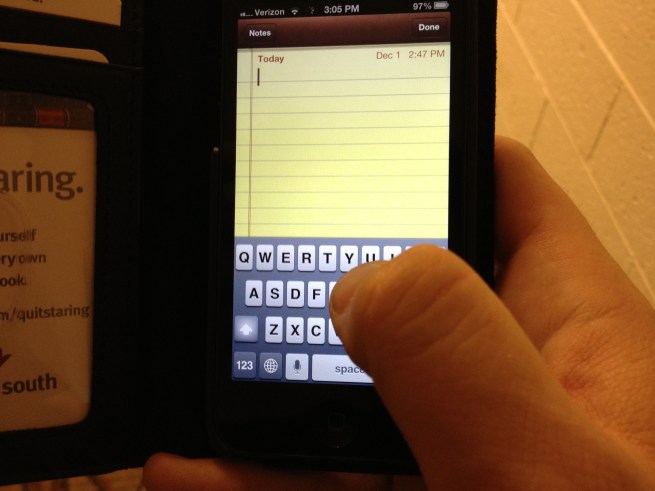 Typing with the iPhone 5 in portrait mode in the BookBook, in my tests, is best done with a single thumb or finger. Typing with two thumbs, as I like to do while using other cases or no case, is difficult and requires you to reach your other hand in a sometimes uncomfortable position. For those who truly like typing in portrait with two thumbs, I recommend folding back the BookBook’s wallet flap. This will take some time getting used to because the wallet flap, by design, will want to flap back up, but it is definitely usable.

Usage, gaming, and typing in the landscape position is seamless and even better than without a case because the BookBook provides a nice grip to hold on to.

A notable downside of the iPhone 4/4S BookBook case is that it does not feature an opening for the rear camera. Instead, users were able to slide their iPhone 4/4S up to take a picture. Not a deal breaker, but still less convenient than having a true camera opening. The iPhone 5 model solves that with a proper camera  opening for the iPhone 5’s camera sensor and LED flash. 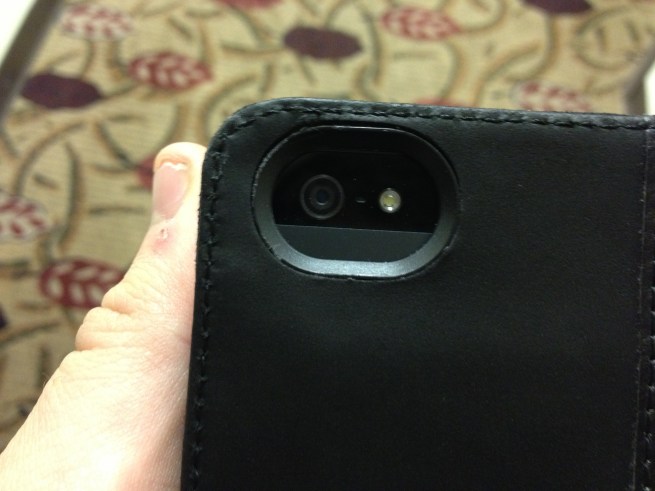 The case does not seem to get in the way of the camera and your picture taking whatsoever. The front facing FaceTime camera on the iPhone 5 is not blocked whatsoever while the flap is open.

Taking photos using the iPhone’s volume up button is possible, but, with this case, it is much easier to just use the iPhone 5’s software camera button. If you will be taking video with the iPhone 5 in the BookBook for long amounts of time, we recommend using the feature in the landscape position while holding your iPhone in the BookBook with two hands.

The BookBook won’t make a true wallet replacement, but it will allow you to take some of your most important cards (and some cash) with you for days that you do not need your true wallet. The BookBook for iPhone 5 features three main card slots. They are meant to hold one card each, but I was able to easily place and remove two cards in each slot. Three is possible, but at that point it is difficult to remove the cards, so I don’t recommend doing that unless you absolutely need to. A fourth slot with a clear front is also available. I think most people will use this slot for their ID or driver’s license. There is also a large slot behind the cards that is ideal for holding some cash. I don’t recommend keeping coins in there: they will probably fall out easily.

The iPhone 5 BookBook is an excellent case for those who are a fan of the case’s vintage, book-like design. The basic wallet functionality for cards and cash is a very nice convenience, and the case does offer basic-to-medium level protection for the daily iPhone user in non-heavy-duty work environments. For fans of the BookBook case for previous generations of the iPhone that are looking to get a case for their new iPhone 5, the new BookBook will be a great option. Over previous designs, your iPhone will now be held in a more sturdy position and the rear-camera opening is a very important enhancement. We recommend the BookBook for iPhone 5 for those who are fans of previous versions, for those who enjoy book-style cases, or for those who want the connivence of keeping your most important cards and cash with your iPhone.

The BookBook ships in either brown or black for $59.99.