Is there some secret iMac assembly plant in the US?

From iFixit’s ritual iMac dismemberment yesterday, we learn that the particular 21.5-inch iMac they bought says it was “Assembled in USA”. The moniker isn’t new—we’ve seen it since at least a few iMac models back on the packaging. But as far as we can tell, “Assembled in USA” wasn’t etched in the actual machine’s aluminum, leading people to believe that the iMacs that were shipped were “refurbished in the USA”. However, this forum shows that some were actually assembled and sold new with the “Assembled in USA” label (below—27-inch iMac, previous gen). 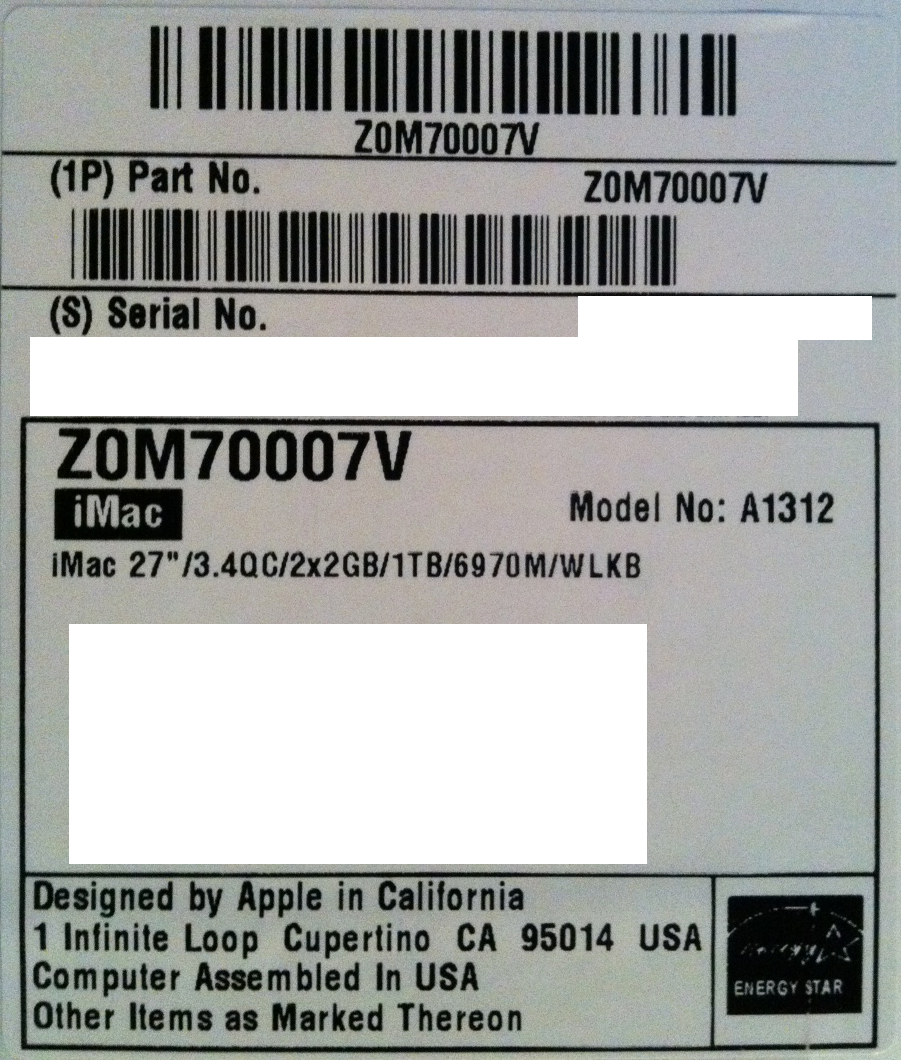 Regardless of previous endeavors, Apple is shipping new iMacs “Assembled in USA”.  PED at Fortune found one. Jay Yarrow at BI found one, too. This isn’t an isolated incident. We also heard that other new iMacs say “Assembled in China”, as you’d expect.

Still, it makes for an interesting question:  Is Apple building some of its iMacs in the United States? Is that percentage growing since it seems much of the first line of iMacs are coming with USA labels?

The “Assembled in USA” label doesn’t just mean that foreign parts screwed together in the U.S. either. The U.S. Federal Trade Commission assumes that a “substantial transformation” must happen in the U.S. for the label to be used.

Specifically, the FTC states that the label “Assembled in the USA” should be the following:

A product that includes foreign components may be called “Assembled in USA” without qualification when its principal assembly takes place in the U.S. and the assembly is substantial. For the “assembly” claim to be valid, the product’s last “substantial transformation” also should have occurred in the U.S. That’s why a “screwdriver” assembly in the U.S. of foreign components into a final product at the end of the manufacturing process doesn’t usually qualify for the “Assembled in USA” claim.

Example: A lawn mower, composed of all domestic parts except for the cable sheathing, flywheel, wheel rims and air filter (15 to 20 percent foreign content) is assembled in the U.S. An “Assembled in USA” claim is appropriate.

Here’s where it gets more interesting. The FTC gives the specific example of a computer manufacture:

Example: All the major components of a computer, including the motherboard and hard drive, are imported. The computer’s components then are put together in a simple “screwdriver” operation in the U.S., are not substantially transformed under the Customs Standard, and must be marked with a foreign country of origin. An “Assembled in U.S.” claim without further qualification is deceptive.

That means one of two things: Either Apple or its contractors have some sort of significant manufacturing operations in the U.S., or it is being deceptive in its marketing (something that sadly, isn’t out of character)…

Apple, up until 2004, manufactured some of its Macs in its Elk Grove plant, and then current CEO Tim Cook moved all operations to China (with some in-house work being done in Cork, Ireland). Interestingly, Elk Grove has seen a hiring spike over the last year, with its headcount increasing by over 50 percent. However, none of the job positions we found were in manufacturing—at least those officially listed as being for Apple, Inc.

Apple also ramped up its Austin campus, near where Samsung manufactures its A5/6/X processors, but it is unlikely that it has begun manufacturing there.

Perhaps Apple is still outsourcing the manufacture to Foxconn and others, but it is actually assembling the products in a U.S. plant? To the surprise of some, Foxconn has a few locations in the U.S., but it isn’t known if they are actually making anything here.

Another theory: Perhaps Apple makes a limited run of iMacs in the U.S. (maybe even in Cupertino) to get the manufacturing kinks worked out before it ramps up full production in China? If that were the case, it would be surprising to see those products go into the retail sales channel and labeled as ‘new’.

We hit up Apple and the FTC for a comment, but we’d love to hear your take in the comments below.

Updated: A French reader sent us his iMac that is labeled “Assembled in Ireland”.