As we previously covered, the biopic will look at the early founding and 30 years of Apple, while centered on the late co-founder Steve Jobs. Apple cofounder Steve Wozniak will make an appearance in the film, played by Josh Gad, and former CEO and cofounder John Sculley will make an appearance, played by Matthew Modine. Scenes in the movie were also filmed in the “historic garage” where Jobs and Steve Wozniak founded Apple. The film’s early scenes will even feature Jobs’ Los Altos home where he grew up to maintain “accuracy and authenticity” during the movie-making process, as the film makers revealed in the summer.

The 2013 Sundance Film Festival will run from Jan. 17 to Jan. 27, and “jOBS” will get the honor of being the festival’s closing film on Jan. 27, as Hollywood Reporter first noted. It is not clear whether it will air thus after.

Some have noted, however, that the portrayal of Jobs we should really wat for is Aaron Sorkin’s version that is backed by Sony. With rights to the official “Steve Jobs” biography written by Walter Isaacson, Sorkin’s movie will only consist of three scenes. Each scene will be 30 minutes long and will follow Jobs backstage just before the unveiling of the Mac, NeXT, and the original iPod. Not much else about the film is known. 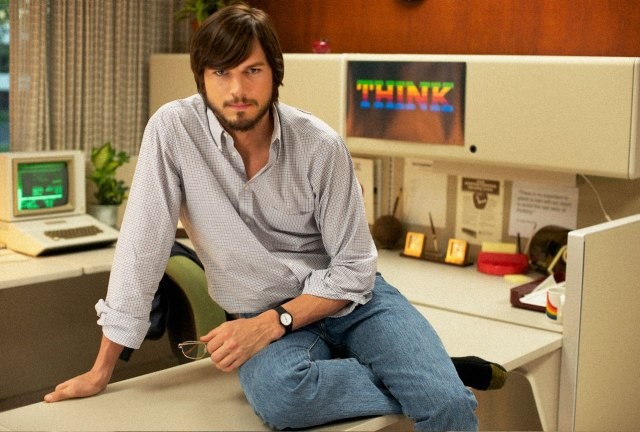 Ken Segall, the author of “Insanely Simple,” took to his blog in May to discuss the biopic starring Kutcher. “Apparently, there are two ways to make a Steve Jobs movie,” explained Segall. “You can do a low-budget indie film using director Joshua Michael Stern (who?) and first-time screenwriter Matt Whitely, and give it an appropriately cheesy name like [original name was ‘Steve Jobs: Get Inspired’, but it is now  ‘jOBS’]. Or you can pay Isaacson a million bucks for the rights to his book, and prepare to pay far bigger bucks for everything that follows. Which is what Sony Pictures has done, bless their little hearts.”