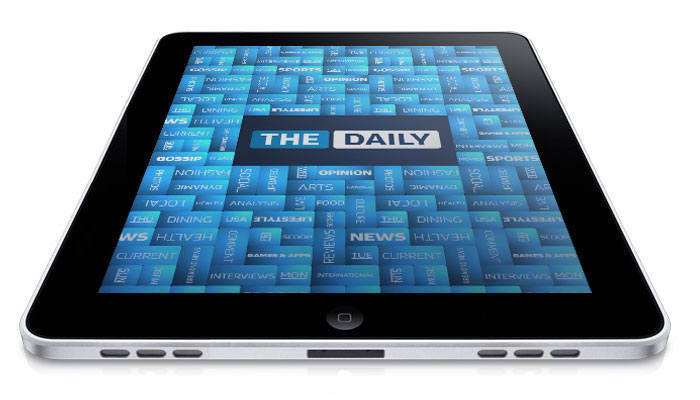 “From its launch, The Daily was a bold experiment in digital publishing and an amazing vehicle for innovation. Unfortunately, our experience was that we could not find a large enough audience quickly enough to convince us the business model was sustainable in the long-term. Therefore we will take the very best of what we have learned at The Daily and apply it to all our properties. Under the editorial leadership of Editor-in-Chief Col Allan and the business and digital leadership of Jesse, I know The New York Post will continue to grow and become stronger on the web, on mobile, and not least, the paper itself. I want to thank all of the journalists, digital and business professionals for the hard work they put into The Daily.”

Apple’s Eddie Cue shared the stage with News Corp representatives, including Murdoch (Steve Jobs was originally scheduled to attend), when the Daily launched as the iPad’s first dedicated news publication. Rumors of the closure began in July. 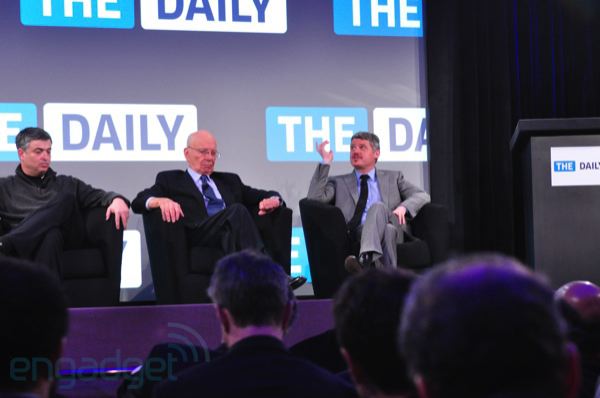 .
Eddie Cue (left) on stage at the Daily launch with Rupert Murdoch, (center) and Daily CEO

The app was hampered by poor technology that made navigation much slower than lighter magazine apps. It also was hampered by the lack of compelling content that couldn’t be found elsewhere on the web for free.

The Daily App was last updated in September and that version of the app received an average of 3/5-star rating from reviewers. Here’s the launch video: