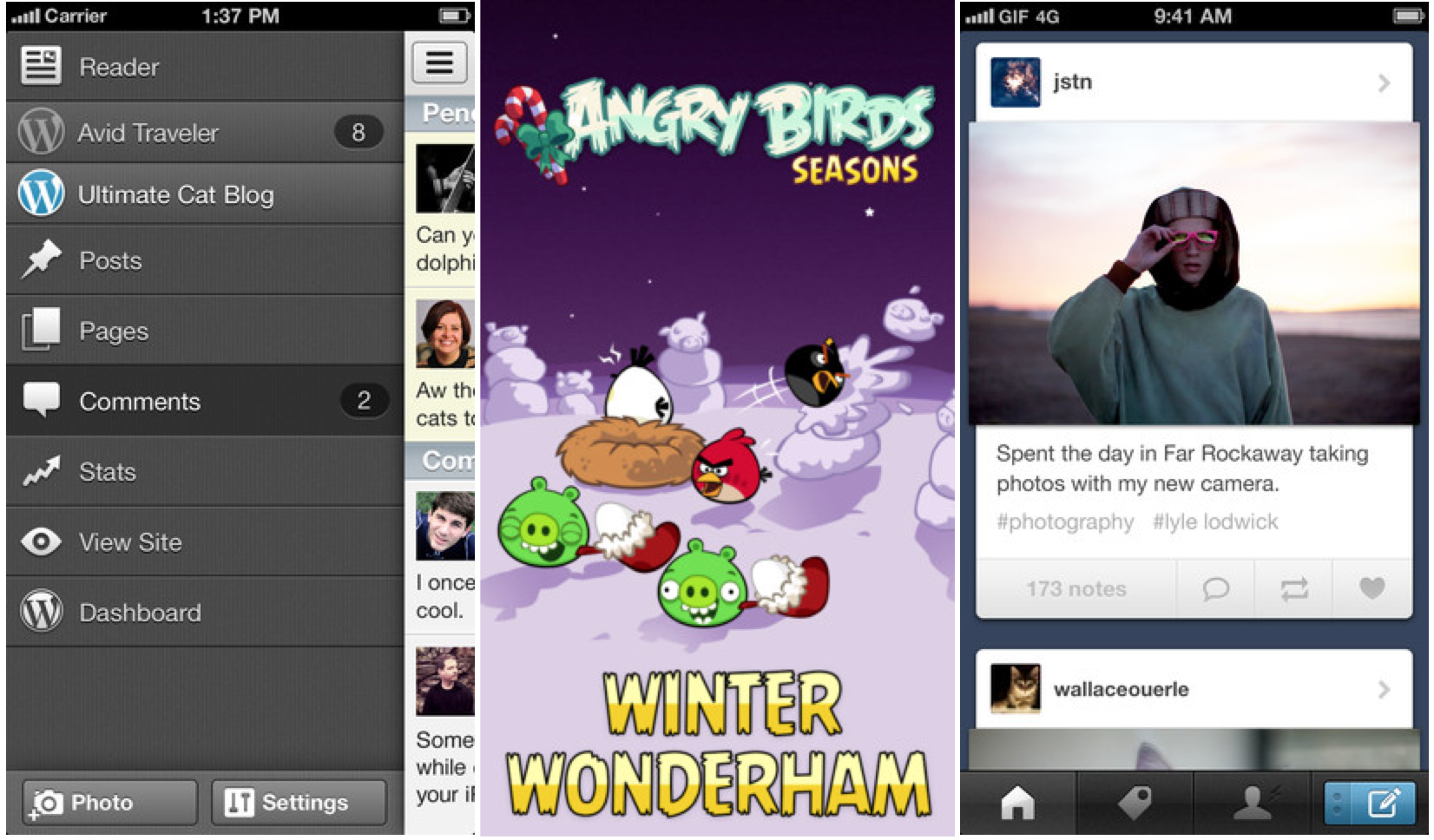 WordPress version 3.3: The WordPress iOS app gets an update today that brings audio feedback with new sound effect options for “refreshing, swiping, and more” accessible from Settings. The app has also been updated with optimizations for iPad mini, support for self-signed certificates, and fixes for over 20 bugs:

★ Sound effects: get audio feedback when refreshing, swiping, and more. You can turn off Sounds easily in Settings.
• Works great on the iPad Mini.
• Added support for self-signed certificates.
• Over 20 bugs and crashes fixed.

It’s a snowy winter night, the northern lights are ablaze, and it seems like peace on earth… until the bad piggies show up! The Angry Birds didn’t realize that they’re walking in a winter wonderham!

Tumblr version 3.2.2: The Tumblr iPhone app gets a few features today include a new blog lookup feature to find blogs by username, and a panorama view when tapping photos:

• New blog lookup feature! Go to your Account screen and tap “Find blogs” to search by username.
• New panorama view! Just tap the photo to get a closeup.
• Bug fixes, including one that made it difficult for some users to launch the app.

Notability version 4.42: A big update goes to the popular note taking, handwriting, and PDF annotation app that brings iOS 6 support, the ability to import .doc, .ppt, and .xls files as PDFs with Google Drive, localizations, and much more:

As noted by The Loop, Steam today is officially taking its Big Picture feature out of beta and launching the feature for all in an automatic update when launching the app. The feature is essentially a slick full-screen mode designed specifically for connecting your Mac (or PC) to your TV and playing Steam games on the big screen. It also features a web browser that was also designed with game controllers in mind.