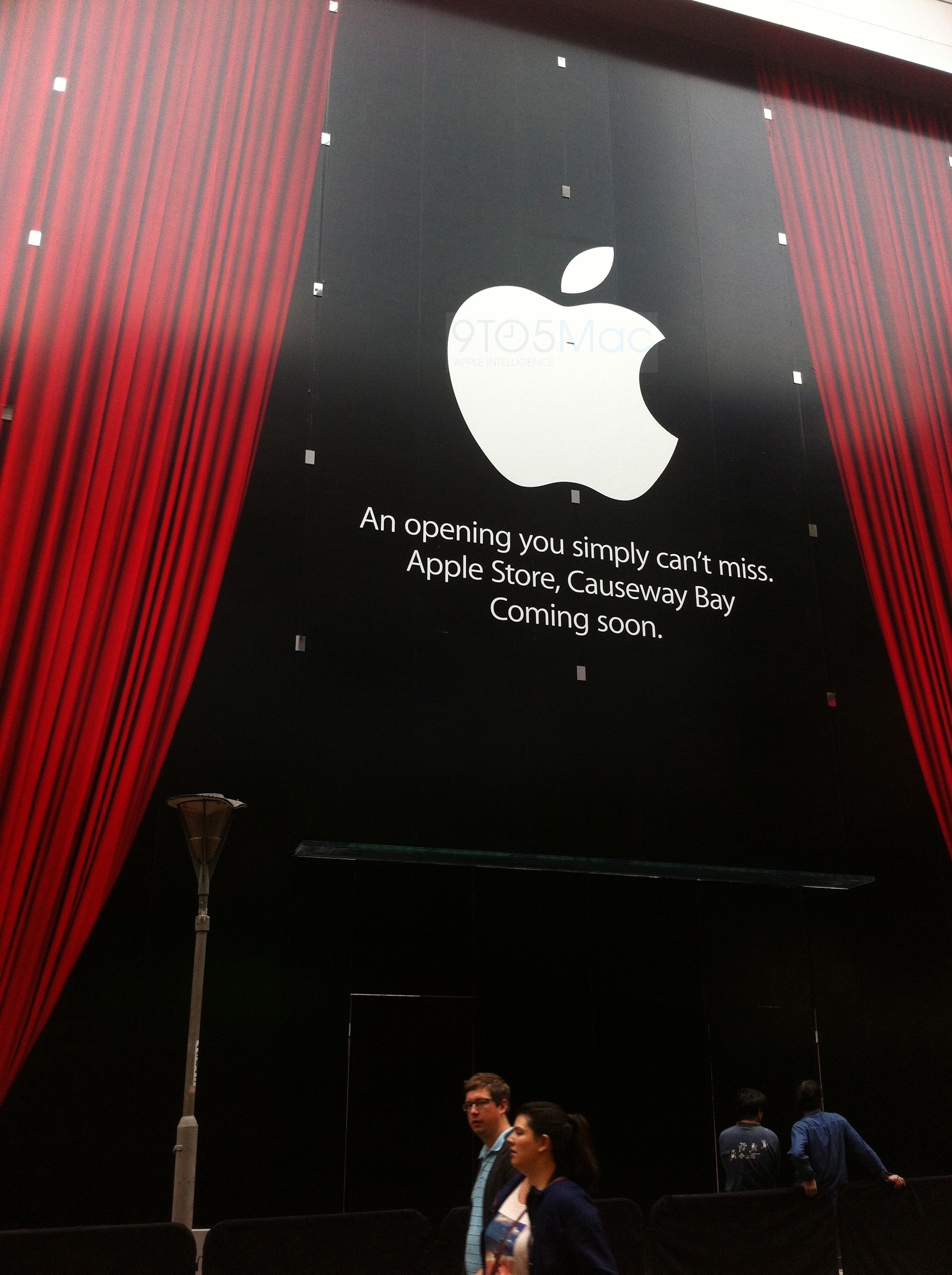 We’ve known about the Apple Store at Hysan Place shopping center in Causeway Bay, Hong Kong since before August, but today the folks out of Cupertino have given us an official confirmation thanks to signage in front of the store. As several readers noticed, Apple is bragging the store as “An opening you simply can’t miss.” There’s no word on an exact date for the opening, but Casey Lau reported on Twitter that it would be before Christmas Day. The store is 3.3 miles away from the first Hong Kong store in IFC center, and it boasts two-story, 30-foot glass windows and a towering entrance. We’ll update when we get wind of more information (Update: Official opening is Saturday). In the mean time, check out the gallery of the signage below: