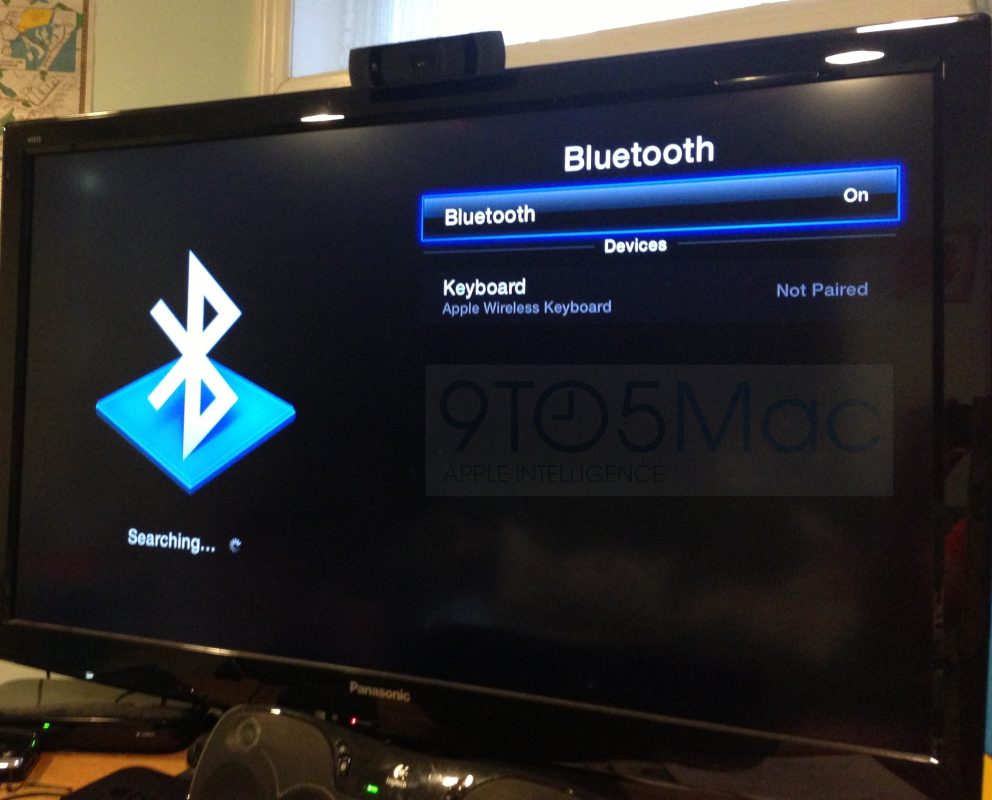 As we first discovered in the iOS software code a year ago, Apple is finally ready to implement Bluetooth in its Apple TV products. The latest Apple TV beta not only has a new Bluetooth menu but you can pair wireless keyboards to both the second- and third-gen Apple TV.

Once connected, you can use a wireless keyboard to completely control the Apple TV without using the included remote. The arrow keys function for navigation, the Return key is the play/pause, and the Escape key maps to ‘menu’ or up ‘one level’ functionality.

More importantly, searching for content becomes a thousand times easier when you can enter search terms with a hard keyboard.

Until now, you’ve been able to pair an iOS device to an Apple TV with the Remote app to handle keyboard entry, but it appears Apple is ready to expand that.

Pairing Bluetooth speakers, a mouse and even Macs to the Apple TV doesn’t work, so it appears that this is an input-only move for Apple…for now anyway.

However, this opens the door to third-party manufacturers to make Apple TV remotes. The ($70) Logitech diNovo Mini keyboard pairs easily to the Apple TV and functions as an effective remote keyboard, for instance, complete with navigation keys.

The move also opens the door to a more effective remote from Apple. It has long been thought that a Bluetooth-connected remote could also contain a noise-canceling mic for Siri input through a A2DP connection.

On the iPhone, iPad, and iPod touch side of the upcoming iOS 6.1 update, we discovered that those devices will also see some new features. The iOS device lock screen will feature redesigned music control buttons more akin to the controls inside of the iOS music application. Additionally, developers are welcoming new MapKit framework enhancements for integrating Apple’s Maps database into their applications. Also, end users will find new Fandango integration in Siri for ordering movie tickets (U.S. only).