Adobe releases Retina version of Photoshop and Illustrator CS6; our eyes have seen the glory 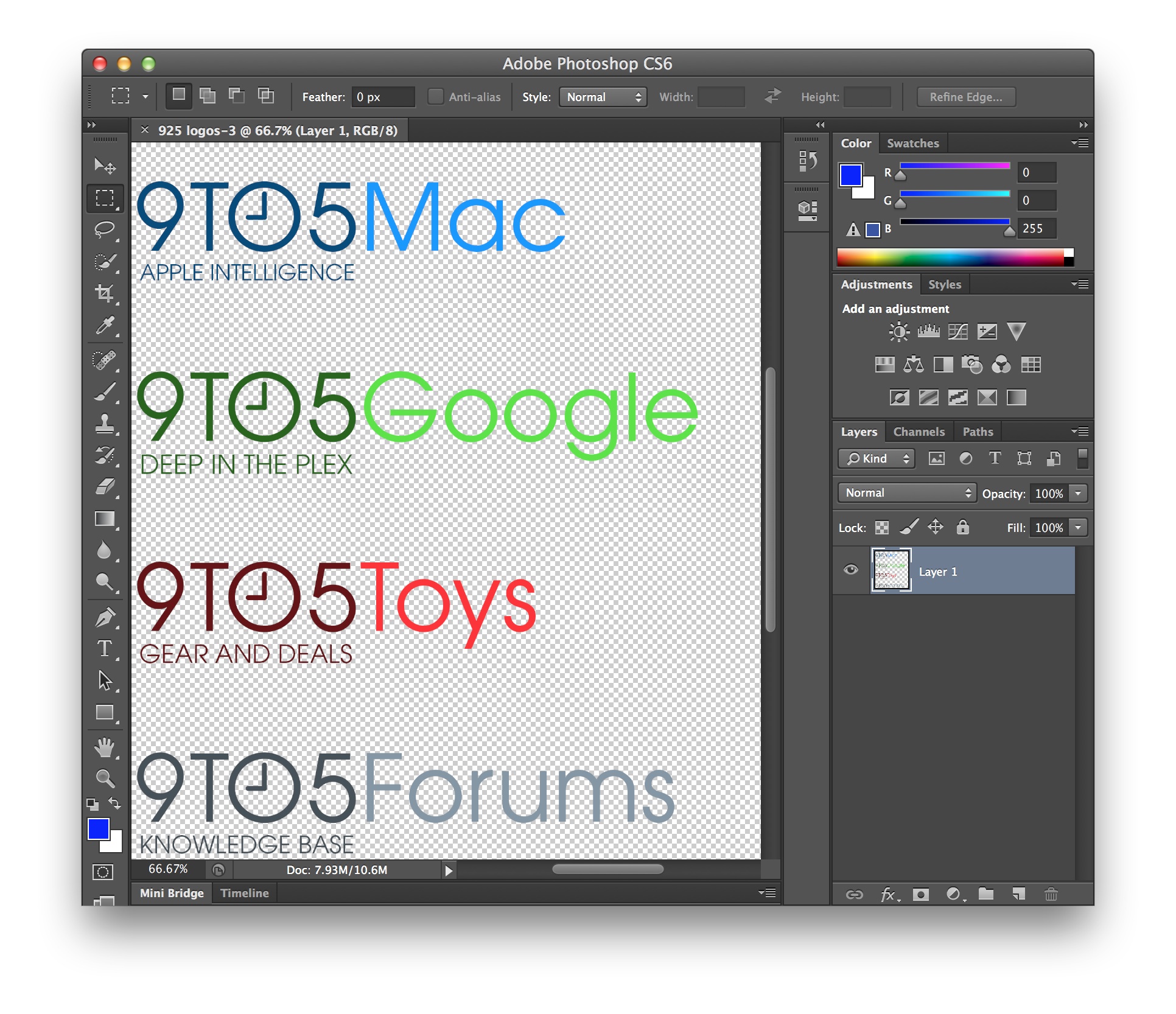 Adobe recently gave us a sneak peek at its new version of Photoshop and Illustrator CS6 that is blessed with a healthy mix of new features (below), but a Retina Display overhaul, or “HiDPI” as they like to call it, headlines. As you’d expect, the difference is night and day on rMBPs. All of the menus and layout are just as clear as you’d expect, and there is simply no going back once you’ve had a taste.

As expected, the 129MB Retina update just hit Adobe’s update servers. So, it is in the wild and ready for your perusal. If you are using a 13- or 15-inch Retina Display-enabled Mac, and are down with CS6, by all means, get downloading. Even if you aren’t using a Retina-enabled machine, this is a free update for all Photoshop 13 customers as well as CS6 and Creative Cloud subscribers. We’d be remiss if we didn’t remind readers that Creative Cloud pricing is set to change Dec. 31, but it is currently as low as $19.99 a month or 40 percent off for CS updaters.

Adobe has more exciting announcements lined up, starting tomorrow at its CreatNOW event.

Some other notable features from the release notes:

This Adobe® Photoshop® and Photoshop Extended 13.1 update installs new features for Adobe Creative Cloud members and Photoshop subscribers. It offers exciting new capabilities for design, photography and more, including the freedom to nondestructively edit with Blur Gallery and Liquify using new Smart Object support, the ability to export text and shapes as CSS, the option to create Conditional Actions, and support for new HiDPI displays that enable a dramatic improvement in image fidelity and resolution. Other new workflow timesavers are also included. Customers with Photoshop Extended will also receive new 3D options including improved live previews that simplify the creation of shadows and reflections in 3D artwork and a 32-bit color picker for better illumination control, and more. 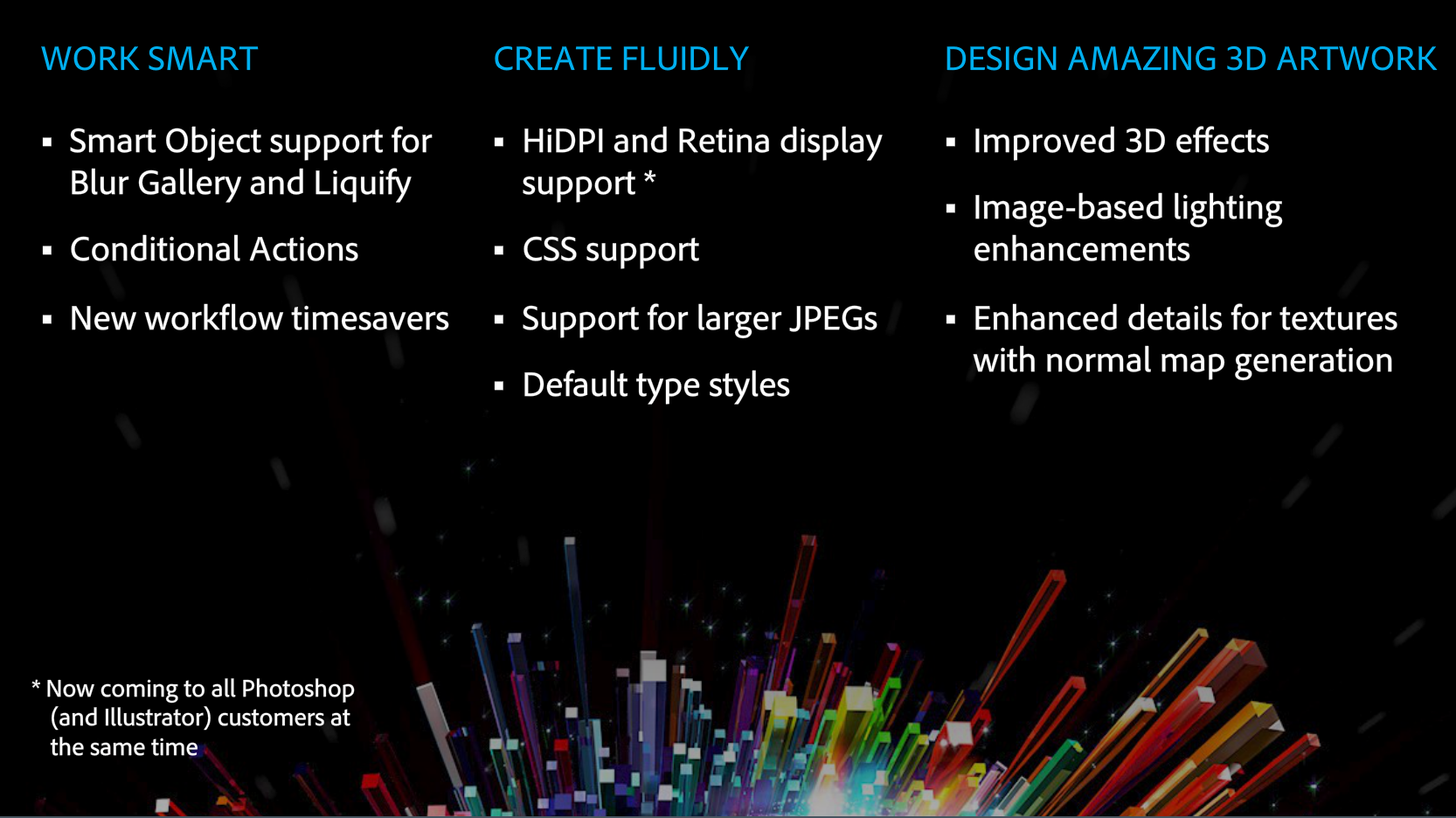 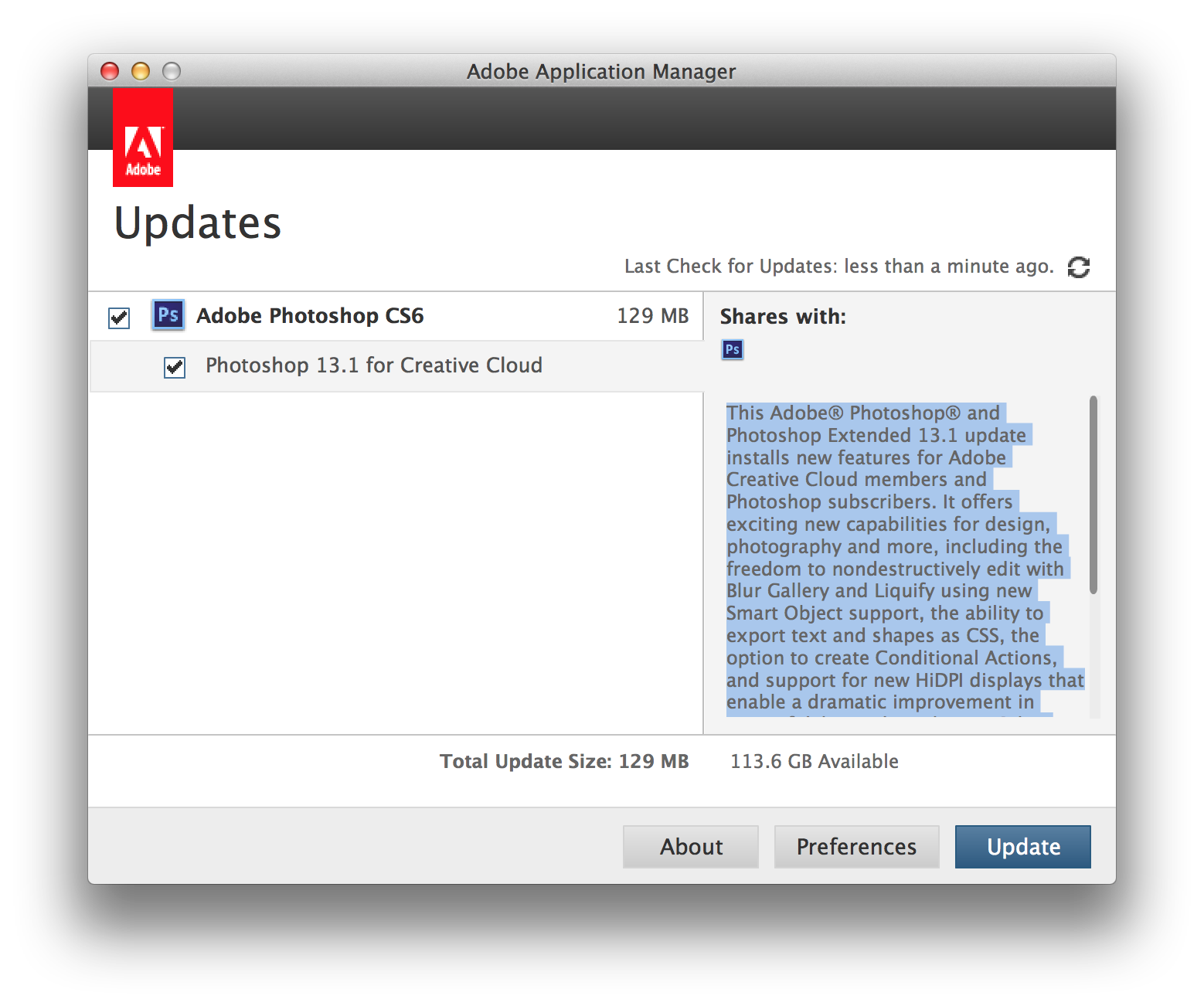