In most embarrassing turn yet, Australian police warn against using Apple Maps after rescuing six motorists 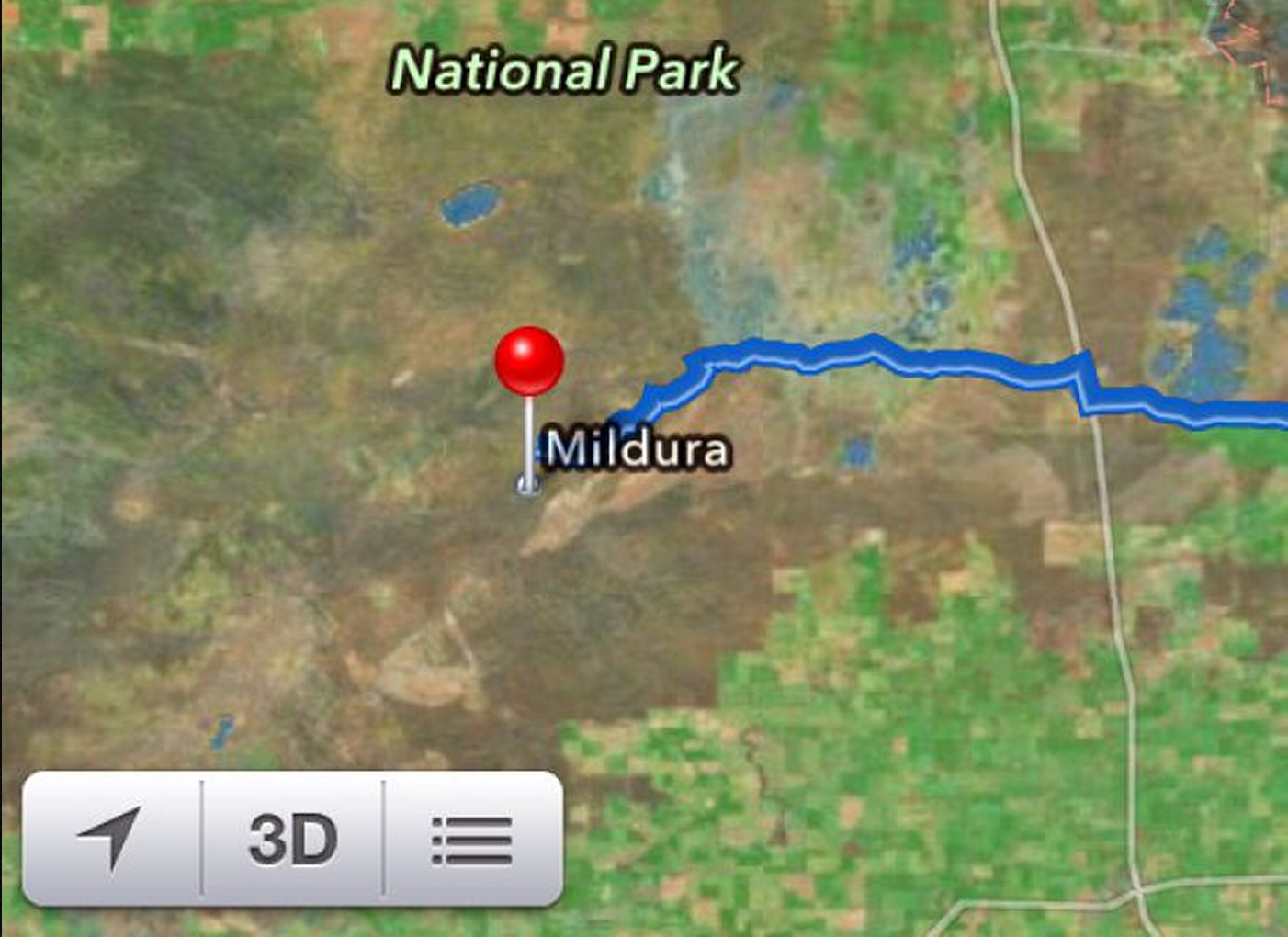 Update: According to a report from The Guardian (via The Verge), Apple has now updated its Maps app to include the correct location of Mildura.

Six different motorists in the past two months have gotten lost in an Australian national park because of Apple’s Maps (coupled with the lack of planning, reading road signs, etc.) according to Australian Police. And when you get lost in Australia, you are really lost.

Local Police have been called to assist distressed motorists who have become stranded within the Murray-Sunset National Park after following directions on their Apple i-phone [sic].

Police are extremely concerned as there is no water supply within the Park and temperatures can reach as high as 46 degrees[115F(!!)], making this a potentially life threatening issue.

Some of the motorists located by police have been stranded for up to 24 hours without food or water and have walked long distances through dangerous terrain to get phone reception.

While mapping in most populated areas is pretty good (or getting better in any case), many iOS users have complained about inaccurate or incomplete data in rural areas. Apple CEO Tim Cook not only apologized for Apple’s Maps in September, but he uncharacteristically recommended competitors’ products and fired some of the key people involved with the maps debacle including iOS chief Scott Forstall.

Australia’s ABC News has the report of one driver’s story:

“It’s quite a dangerous situation, so we would be calling for people not to use the new Apple iPhone mapping system if they’re travelling from South Australia to Mildura.”

Victoria Wake says she and her partner were travelling from Adelaide to Mildura for a wedding two weeks ago when they got lost for five hours in Murray Sunset National Park.

“We had no water, we had nothing to eat,” she said.

“We had the shelter of the car, but obviously you don’t want to keep running the car and putting the air conditioner because you don’t know how long you’re going to be there.

“So five hours in the heat working to try to get your car out was scary.”

News.com.au has another story:

Inspector Simon Clemence said it took one man 24 hours to make contact with the outside world after following the application’s directions.

“One guy got far enough in to lose phone coverage and he was stuck there and he got bogged and he had to walk out and it took him 24-hours to get to a point where he had phone coverage and then we came and rescued him,” he said. “This is a direct result of this map application.”

Police confirmed five vehicles have become stranded in the park, with many more people presumed to have become lost but found their way back to civilization.

“We know there are others because we set up a breath testing station on the road there recently and we had a woman who said every left hand turn up the Mallee Highway her application was trying to send her straight into the dirt,” said Inspector Clemence. “This is just the tip of the iceberg.” 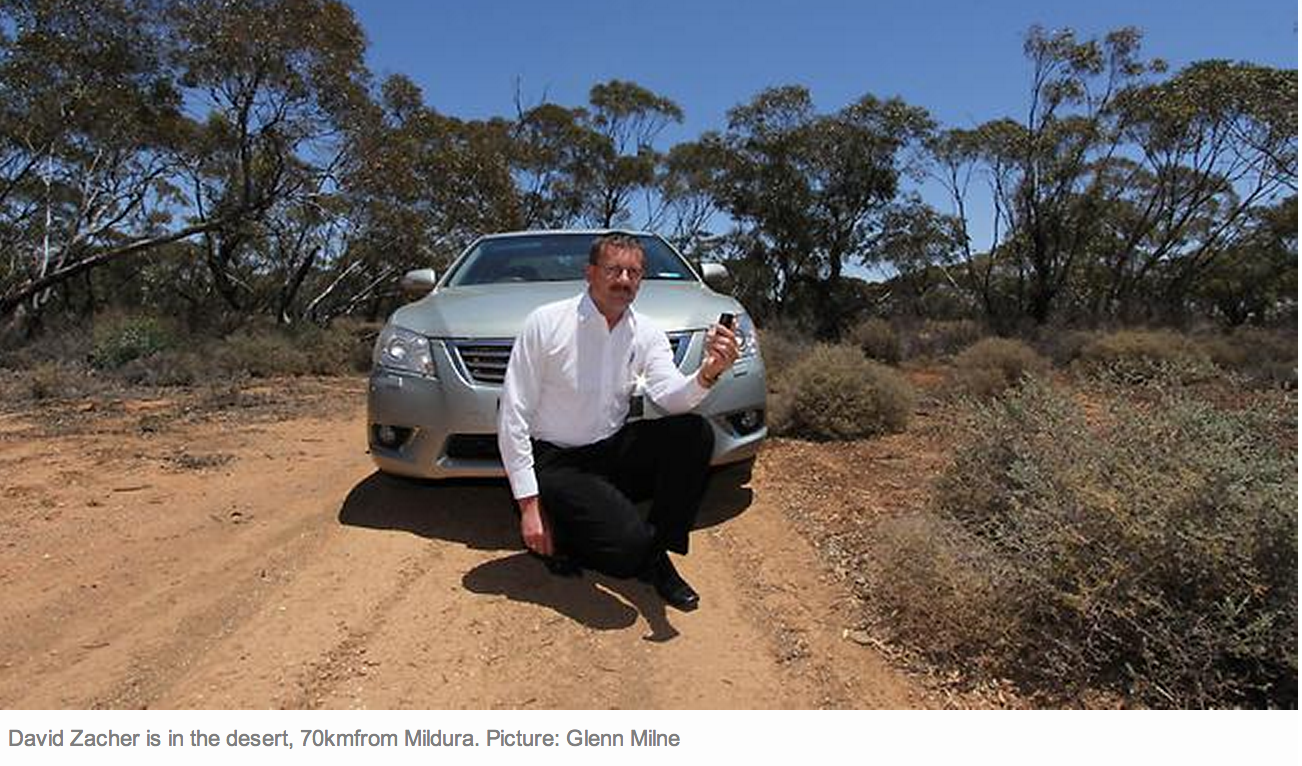