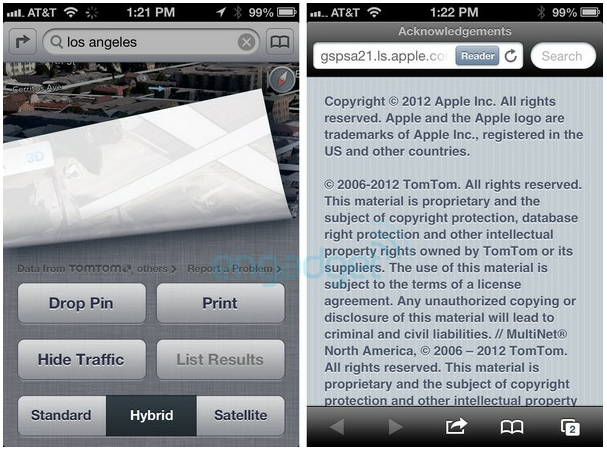 TomTom, one of Apple’s main partners providing data in its new Maps app, could be acquired by Apple, according to report from Netherlands-based Rabobank analyst Hans Slob. Bloomberg covered the analyst’s research report released early today, noting that Slob said there is a 30 percent chance Apple seeks to takeover TomTom in trying to make quicker improvements to its controversial new Maps app:

TomTom NV (TOM2), the Dutch supplier of navigation applications for Apple Inc. (AAPL)’s iPhone 5, rose the most in almost eight weeks after an analyst at Rabobank International said the U.S. company may make a takeover bid.

“TomTom needs the cash from Apple, and Apple needs the know-how of TomTom,” said Slob, who estimated Apple would pay a price of as much as 10 euros per share for the supplier. A takeover is also a “royal way out” for the Dutch company’s founders, said Slob, who has a buy recommendation on TomTom and raised his share-price estimate by 38 percent to 5 euros.

TomTom climbed 7.2-percent, an eight-week high, to 4.12 euros today, and it currently sits at a value of approximately 906 million euros ($1.18 billion USD).