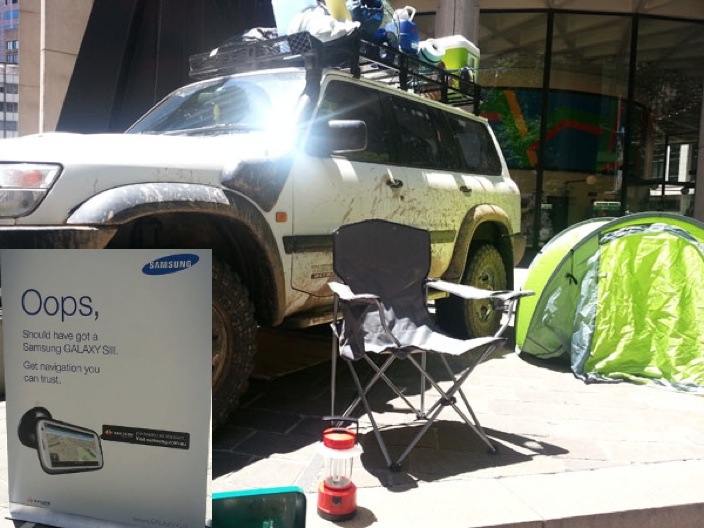 Samsung is back with yet another marketing ploy against Apple. This time, the company is apparently hitting Apple in Australia over the recent iOS 6 Maps error in Australia that led Australian Police to say that Apple Maps is potentially life threatening. According to CNET Australia, which snapped the above photo, Samsung is now showing of its maps app in a campaign that shows a muddy SUV besides a tent and other camping equipment. It seems that this is Samsung’s dig against Apple Maps users in Australia reportedly getting lost in high temperatures outside of civilization.

In related news, another Australian jurisdiction has issued a warning against using Apple Maps. But it isn’t just Apple that has issues.