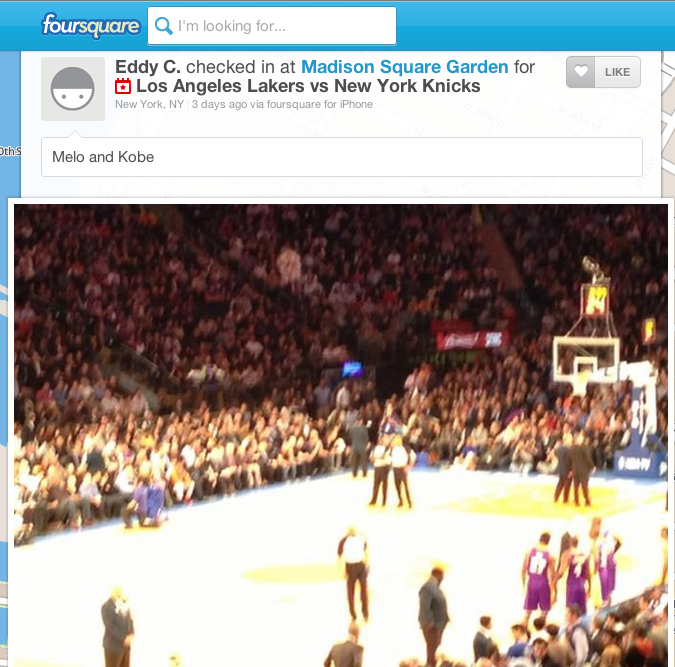 According to the Wall Street Journal, Apple is said to be in talks with New York-based Foursquare to add the company’s data to its Maps application. For those out of the ‘social scene’, Foursquare is a popular social network that allows users to check in to any location and share tidbits with followers. According to the report, the partnership between the two companies would lead to local data from Foursquare being incorporated into Apple’s Maps app. This will presumably give users more information on destined locations and it would compete with Google’s own Map solution that released on iOS last week. Apple SVP Eddy Cue of Internet Services, someone who would certainly be in the know with this type of deal, was seen checking into a location on Foursquare last week. Moreover, from the looks of the picture attached, it was shot with the front camera on the iPod touch.

Apple has shown its willingness before to partner with social services and add them into its iOS platform. Not only have the folks in Cupertino partnered with Facebook and Twitter to promote easy sharing across the entirety of iOS, but also they have partnered with Yelp to provide easy access to information within Maps and its Siri personal assistant feature. The social location space is heating up, as Facebook just boosted its Nearby feature this afternoon to give information on local businesses. A partnership with Foursquare could give Apple a bigger presence in this space.

Since the launch of Apple Maps on iOS 6 in September, users have highlighted several issues with the service. Apple CEO Tim Cook has reassured more than once that Apple is working to fix the problems with Maps—specifically with the mapping data.