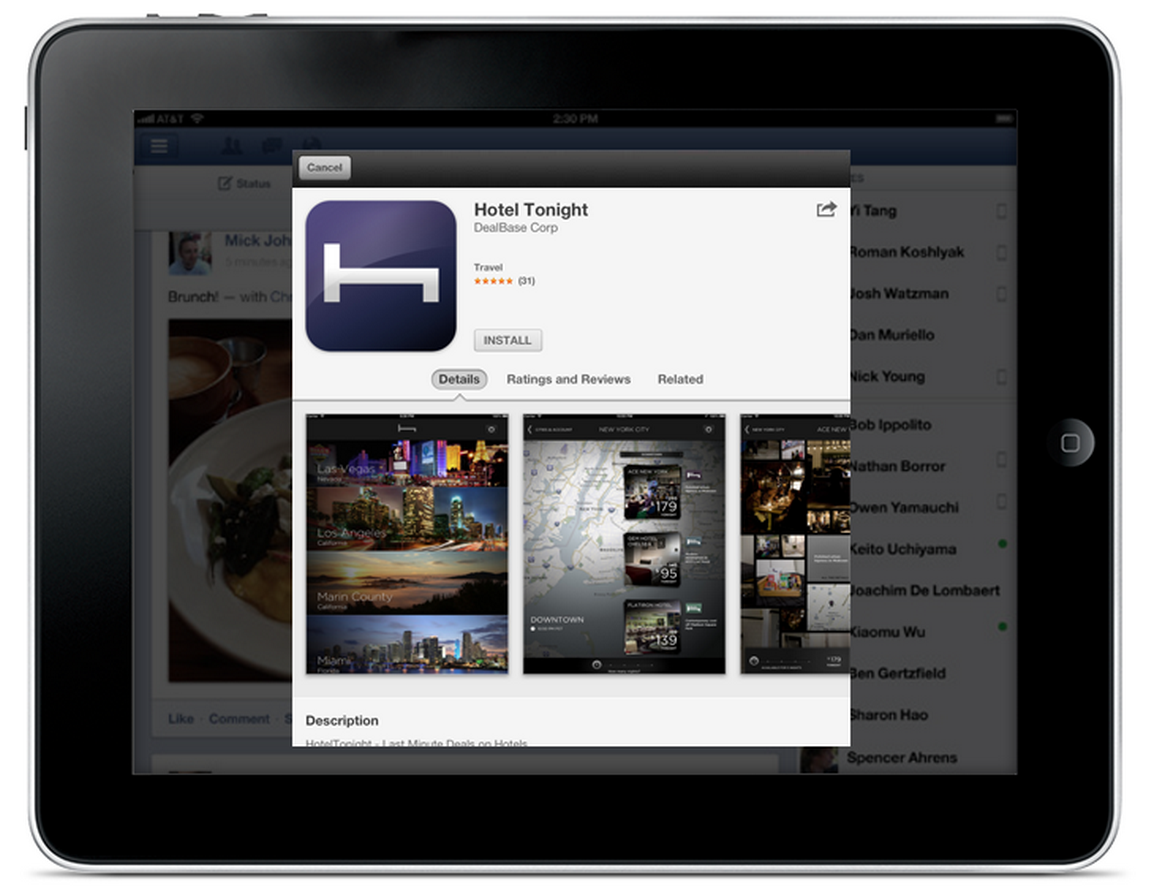 Facebook announced on its Developer Blog today (via TechCrunch) that it is improving its mobile app install ads by providing a number of new options for both users and developers when viewing and creating ads. Perhaps the most interesting is the ability for iOS 6 users to install apps from ads within the Facebook iOS app without leaving the app—a feature Apple opened up to developers with iOS 6. In other words, ads in the Facebook app will no longer pull you into the App Store. This allows users to download the app within a dialog inside the Facebook app (as pictured above):

Mobile app install ads drive installs by taking people directly to the App Store or Google Play. Now, people on iOS 6 can install an app without leaving their Facebook experience. When they click on an ad, the App Store will appear in another dialog box. After installing the app, they will be able to continue where they left off on Facebook.

Facebook is also rolling out other features for advertisers, including the ability to customize ads “directly from the app dashboard, power editor, or the ads API” and view demographic breakdowns for app installs by age, gender, country, and more.