Apple, Google, Samsung and more team up in $525M purchase of Kodak patents 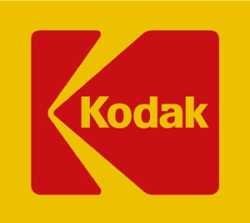 Today, Kodak announced the $525 million sale of its patents to two firms, Intellectual Ventures and RPX Corporation. It is interesting that the two companies will work with 12 intellectual property licensee to pay a portion of the over $500 million price tag. The 12 licensees, who aren’t listed by name in Kodak’s press release, would all receive varying access to the digital imaging patent portfolio and other Kodak patents included in the sale. In turns out that Apple, Google, and many other large tech companies, will provide cash toward the purchase as licensees.

Under the agreements, Kodak will receive approximately $525 million, a portion of which will be paid by 12 intellectual property licensees organized by Intellectual Ventures and RPX Corporation, with each licensee receiving rights with respect to the digital imaging patent portfolio and certain other Kodak patents. Another portion will be paid by Intellectual Ventures, which is acquiring the digital imaging patent portfolio subject to these new licenses, as well as previously existing licenses.

Bloomberg is reporting, as relayed by Business Insider, that the 12 companies are made up of Apple, Google, Samsung, Microsoft, Facebook, and just about every major player in the tech business:

Google, Apple and RIM are among the 12 patent licensees participating in the deal, according to a court filing. Under the terms, Intellectual Ventures will make a portion of the payment, with the rest coming from the licensees…Facebook Inc., Amazon.com Inc. and Microsoft Corp. (MSFT) also are part of the group, the court filing shows, along with Samsung Electronics Co., Adobe Systems Inc., Fujifilm Holdings Corp., Huawei Technologies Co., HTC Corp. and Shutterfly Inc. The auctioned patents were previously estimated to be worth as much as $2.6 billion.

There is no word on how much each company paid, or if it was a cool $43 million each, and it is unclear what exactly each company will have rights to as part of the deal.