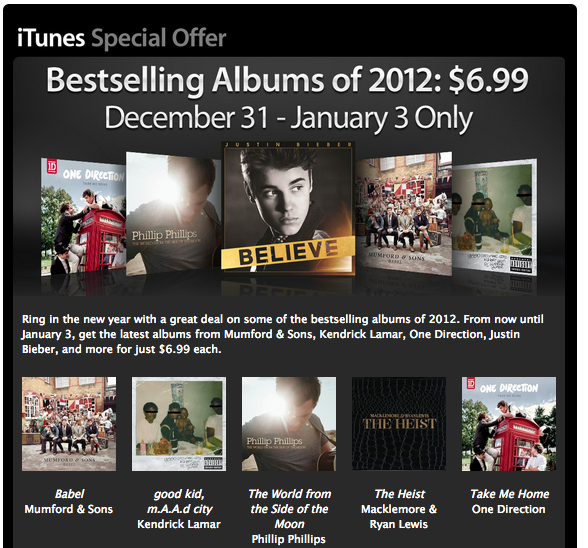 As a special offer to close out the year, Apple is offering the bestselling albums of 2012 on iTunes for $6.99. The promotion is running from Dec. 31 to Jan. 3 only and includes some pretty nice offerings for you hip music listeners in the crowd: 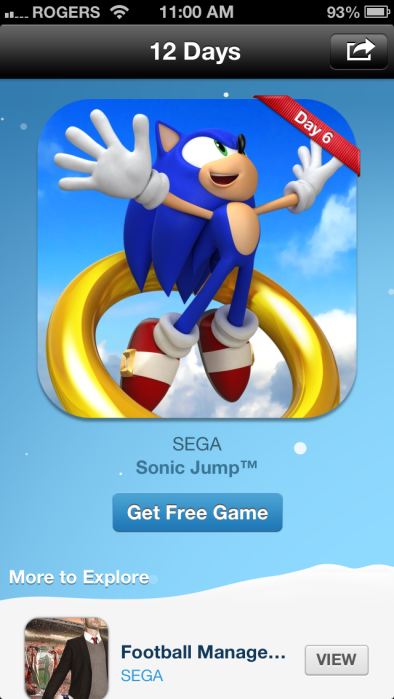 Apple is also continuing its 12 Days of Christmas promotion today with Day 6, and it is the first app as a part of the program. The 12DoC application, as we previously noted, is not supported in the United States, but it is available in many countries internationally. Today’s gift is SEGA Sonic Jump for free.

A brand new RunKeeper just in time for the new year! With this version, we’ve completely redesigned the app to tie everything together into a fresh, easy-to-use, and fun experience.

Besides a totally new look, we’ve also added some exciting new stuff all through the app!
★ Add an end of activity photo and share your glory with friends
★ Sign up for RunKeeper’s Elite membership right from the app
★ Broadcast your activities live right from the start screen (requires Elite)
★ Tracking accuracy improvements for iOS6
★ Tons of stability, performance and usability improvements

Fixed
– The app no longer appears to freeze up when certain malformed strings are received
– The user list button is no longer hidden offscreen when in landscape on the iPad
– The default style has nick colors again
– Setting an away statuses on certain devices no longer crashes
– An infrequent crash when viewing the Colloquies tab
– A problem where the connection creation view would disappear when attempting to create a connection immediately after launch
– Highlight words now refresh immediately after being set, not the next time the app launches

As of Version 1.6, the app also includes:

Amazon is offering the Acase Folio iPad Mini Case / Cover with Built-in Stand for $9.95 to $30 (or 75 percent off) the list price of $39.95. Coupon code “9TOPOBM8” drops it to $6.95. This case is designed for the iPad mini and offers full body protection with a nice leather covering. There is also a stand for comfortable viewing. Reviewers give this case a 4.3/5 stars. Deal ends Jan. 6.