Update: If you’re curious about what those brave enough to line up for Lucky Bags received, Techinasia shares images of what appears to be some of the better $380 loot bags. The image above shows a MacBook Air, Beats by Dre headphones, and more, while below Twitter user @Kazuend shares the contents of his lucky bag valued at approximately $1100: 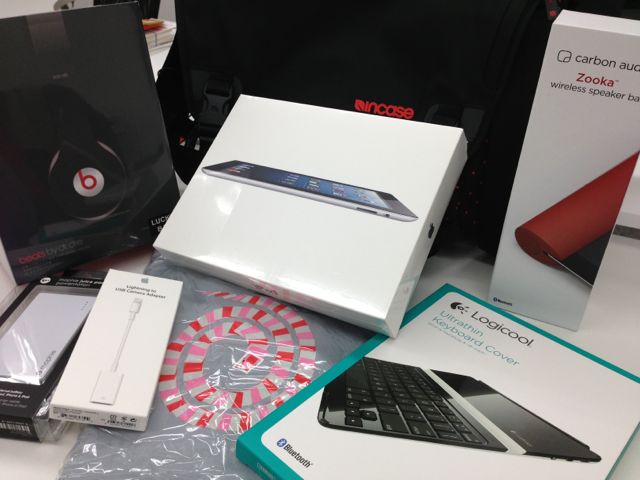 Apple plans to launch its iBookstore in Japan possibly as soon as next month, according to a report from Nikkei.com relayed by The Digital Reader. Apple is reportedly already signing up local publishers and will join the likes of Google, Amazon, and Kobo, all of which already have eBook offerings available on the Japanese market:

Apple reportedly has 80 thousand titles lined up, all from local publishers. When combined with their dominance of the Japanese tablet market (iPad has a 60% market share), Apple will likely have a sizable advantage over the competition, one which is should be enough to help overcome the fact that Applr was beaten to the Japanese ebook market by Kobo, Google, and Amazon.

All this competition is expected to boost the growth of the Japanese ebook market. It’s currently estimated to be worth 70 billion yen, and some believe it will grow to 200 billion yen in the next few years.

As noted by Macotakara, in addition to Lucky Bags, Apple Japan also listed modest approximately 5 percent to 8 percent discounts on select Apple products online and in-store for New Years. Shots of the line-ups for lucky bags are below (image via): 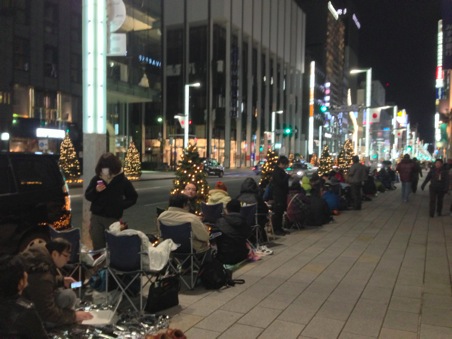