Apple acknowledges Do Not Disturb New Year’s bug, says it will automatically start working after Jan. 7 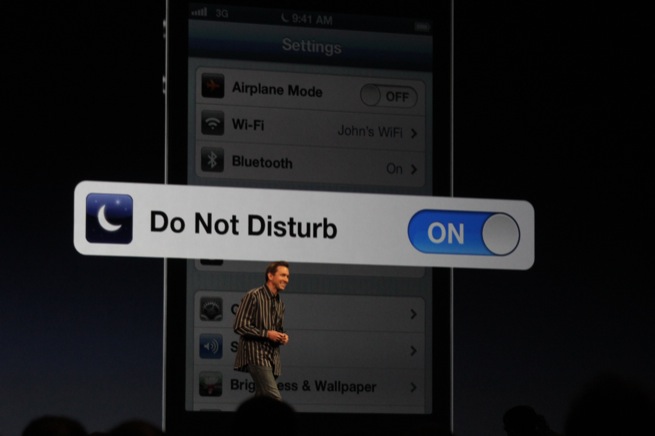 Apple has detailed in a support article on its website that the Do Not Disturb functionality found within iOS 6 will return to normal functionality after Jan. 7, 2013. As we previously covered, the New Year brought some problems with the feature. It would not turn off at the scheduled time for many users, causing the opportunity for missed notifications. Until Apple’s fix goes in place, the company advised you to manually turn the feature on or off. The Williams twins can’t be happy.