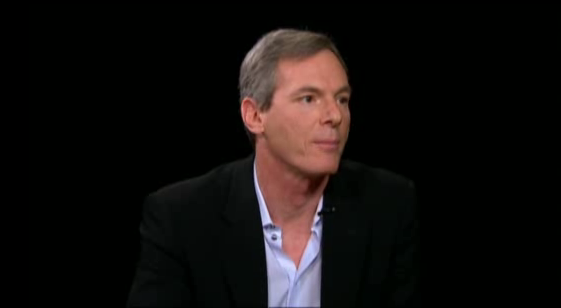 Jacobs notably told an anecdote (around 3:00) of when he tried to persuade Apple in the 1990s to put a Qualcomm radio in the Newton PDA, but his pitch failed. He also apparently took his Newton to Palm, with it taped to a Palm Pilot brochure, and pitched the idea of integrating Palm’s OS into a Qualcomm smartphone. Of course, that device eventually became the Qualcomm PDQ. As Venture Beat noted, the PDQ is quite possibly the world’s first smartphone with a mobile, app-centered OS and cellular connectivity.

Jacobs further called Apple an amazing marketing company and credited the iPhone as helping to expand the curve of mobile. He also admitted the success of Qualcomm is directly tied to Apple’s mobile endeavors in recent years (around 13:00): “We were putting Internet protocols into the phone in the early 90s, but it wasn’t really breaking through to the mainstream.”

Jacobs is the opening keynote speaker at the Consumer Electronics Show in Las Vegas next week, where 9to5Mac plans to give you live, in-depth coverage. So, stay tuned.