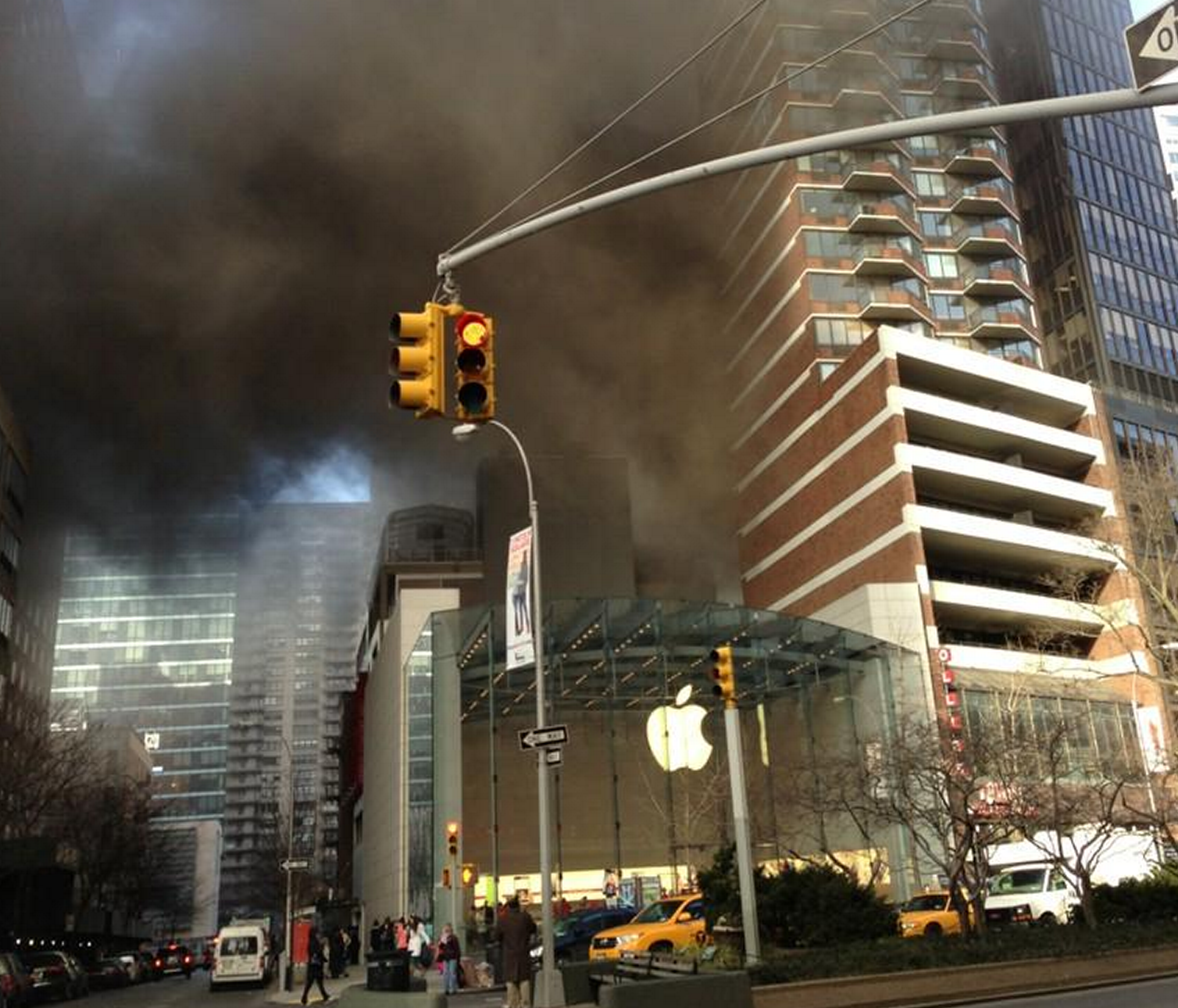 As noted by several New Yorkers on Twitter, a fire in a building next to the Upper West Side NY Apple Store has caused the retail store to close temporarily. There was some confusion on Twitter from people who first reported that the fire was actually at the Apple retail location, but several have since reported the smoke is coming from an adjacent building. An Apple employee at the location confirmed to us that the fire is in a neighboring building, but he also said the Apple Store has been evacuated with all appointments cancelled for the time being.

So this is happening right now…the store itself isn't on fire but an adjacent building is @ Apple Store http://t.co/tYWQkk6Y

"Oh lord Jesus it's a fire" on W67th & Broadway by the Apple store #aintnobodygottimeforthat pic.twitter.com/J24US6eV

Shit's on fire behind the store.

Fire on 67th st? Strangely no sirens from fire dept on 66th st…#UWS