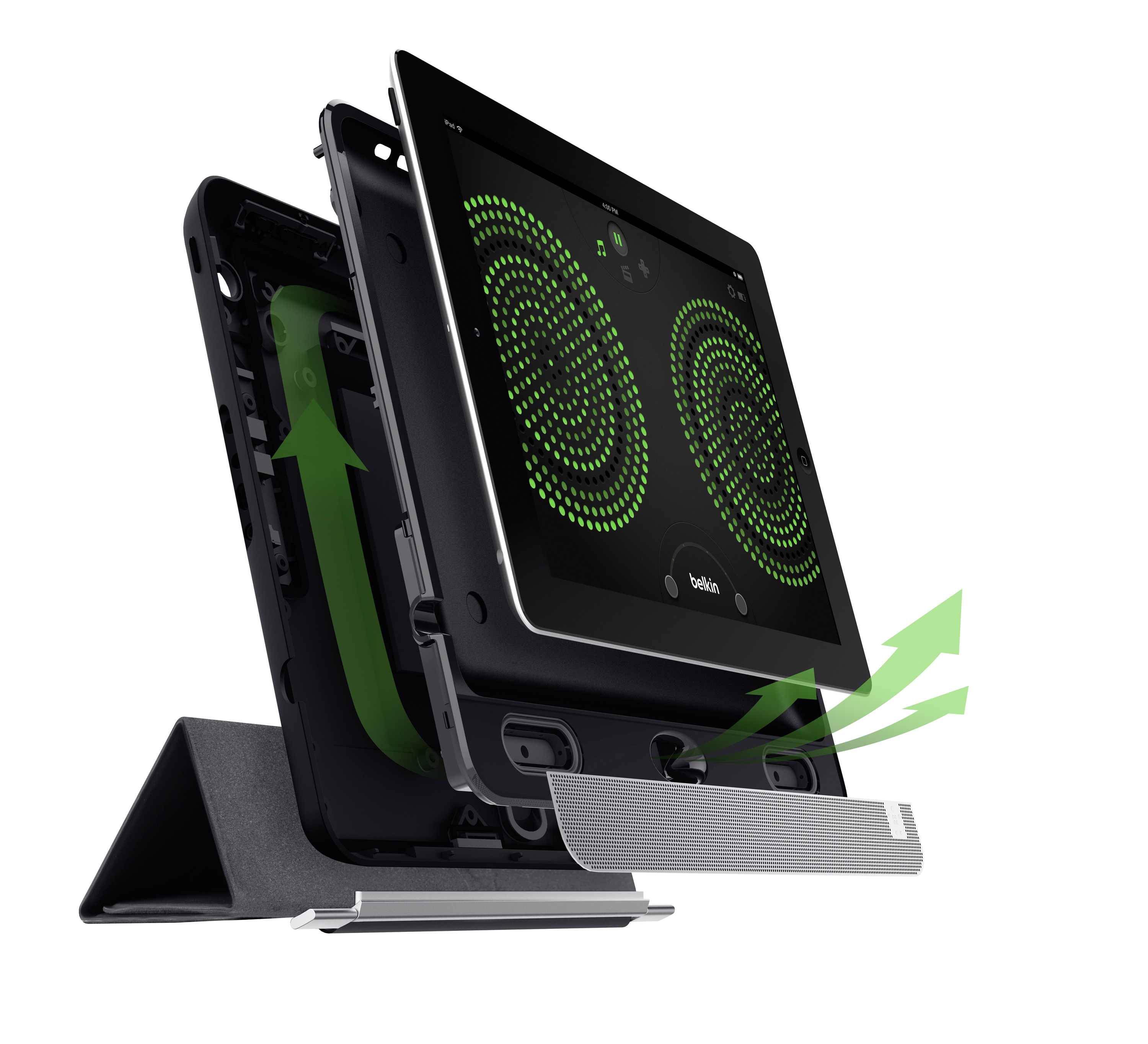 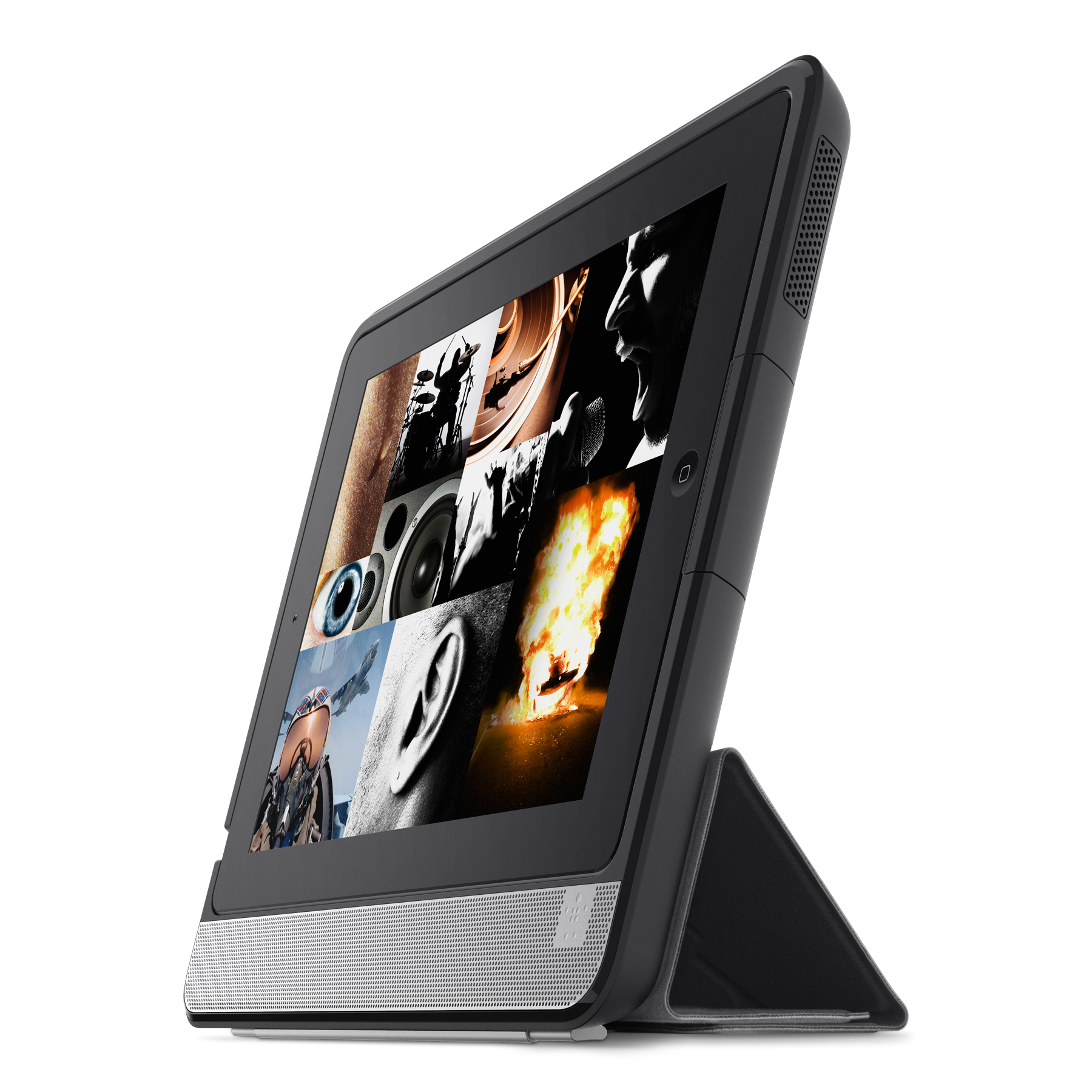 We just looked at the latest range of audio accessories from Griffin, and now well-known accessory maker Belkin is showing off a new audio product for CES 2013: The Belkin Thunderstorm Handheld Home Theater. Available starting this month on the Apple Store, the otherwise traditional-looking iPad case packs in front-facing ported speakers, thanks to a little help from Audifi, and doubles as a stand with various angles.

The case works as a dock, meaning Belkin will release two models to accommodate for both 30-pin and Lightning connectors. Belkin is also making a free companion app available that will allow users to customize sound profiles for different types of media. The Thunderstorm app isn’t available yet in the App Store, but it should début alongside the 30-pin version of the Thunderstorm Handheld Home Theater case sometime this month. A lightning-compatible version of the dock will become available in the spring. Both models will sell for $199.99 from Amazon, the Apple Store, and additional retailers.

Update: We had a chance to listen to the product on a loud crowd floor. While the sound was definitely a significant improvement over the built-in iPad capability, it was a little tinny/thin and didn’t add as much base as we would have liked.  We’ll have more when we get some hands-on time later.