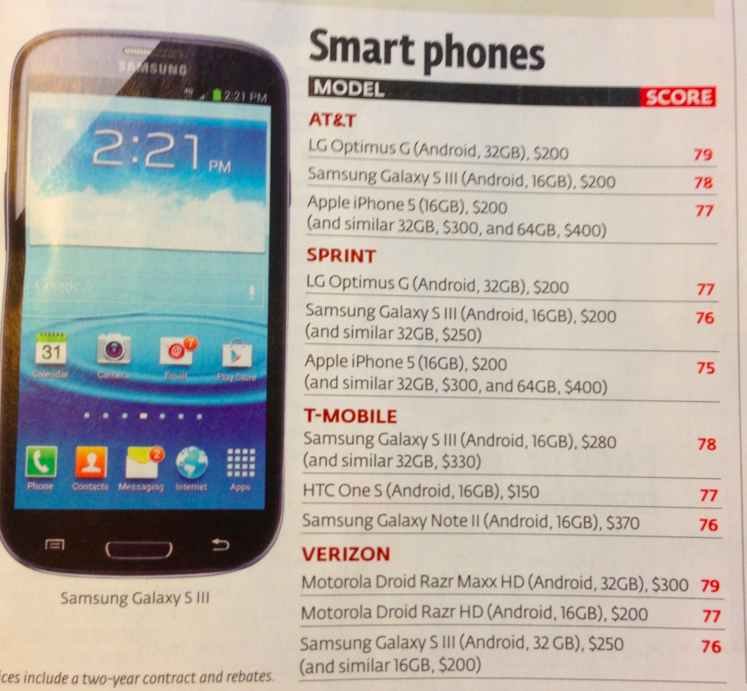 Sitting down? You might want to. The February issue of Consumer Reports will include the graphic above, clipped by Business Insider, that ranks numerous Android devices above the iPhone 5 in its “What’s Hot” February 2013 list. On every carrier, the Samsung Galaxy S3 ranks higher than the iPhone 5. Even the LG Optimus G and the Droid RAZRs top the iPhone on various carriers.

Consumer Reports groups the top phones’ scores fairly closely, but we’re used to seeing the iPhone way out in front of the crowd. How is Consumer Reports so backward? We’ll have to wait for the full report to come out to get the full story.

Consumer Reports was the ratings agency that sparked the Antenna-gate controversy in 2010 with its “can’t recommend” rating—even though the iPhone 4 got a higher score than any other phone tested.

This time, it appears to be the reverse. The iPhone doesn’t score as high as some Android devices, but Consumer Reports does recommend the iPhone 5.

Consumer Reports also had harsh words for the Apple TV and said the iPad 3 got too hot and took too long to charge, but it recommended them anyway. 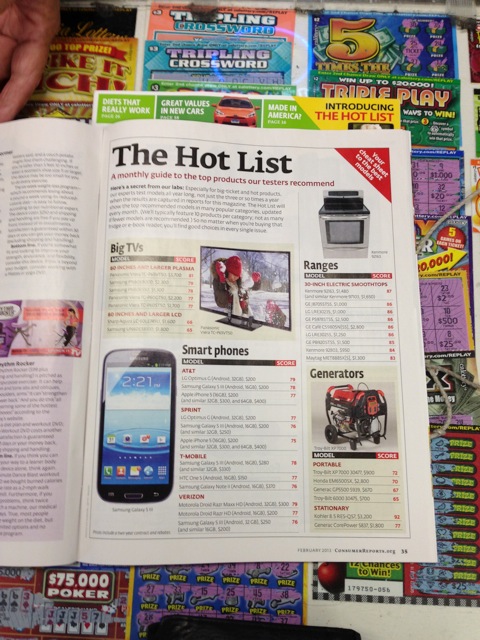