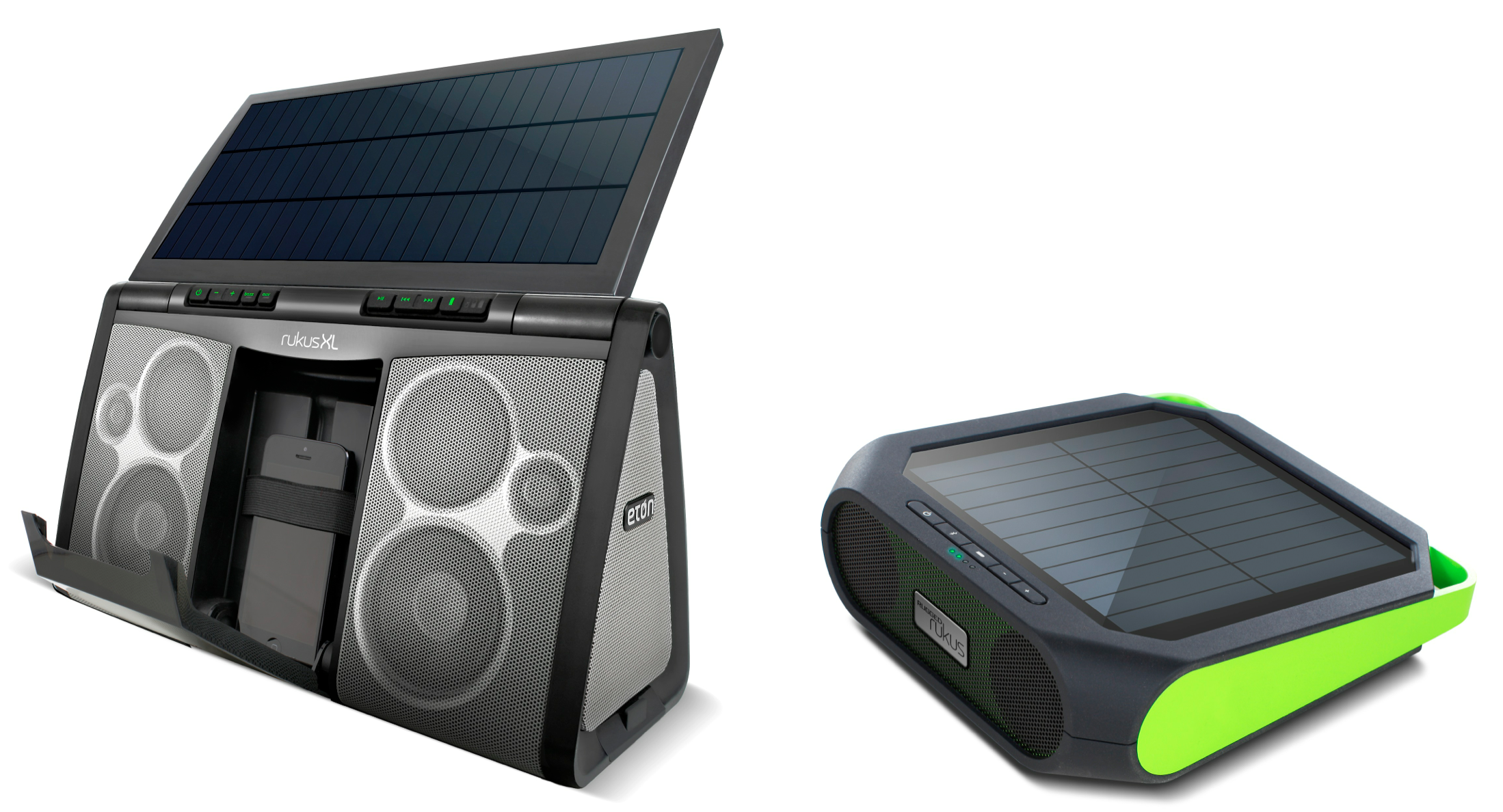 Eton, a company known for its hand-cranked, turbine-powered radios and audio accessories, today announced a few interesting new solar powered products for iOS devices. The new lineup includes the Rugged Rukus, and the Rukus XL (pictured above), two new solar-powered Bluetooth speakers, both of which include the ability to charge devices through a built-in USB port and more. For those familiar with Eton’s already available Rukus Solar speaker, the new models are essentially its bigger and smaller siblings, but definitely left us impressed at the CES Unveiled event…

Starting with the larger Rukus XL on the left, Eton slapped a huge 72-square-inch monocrystal solar panel on the top of the speaker providing continuous streaming all-day with just 5 hours of charging in full sun. You’ll also be able to charge the built-in lithium-ion battery with an included AC adapter if you choose. As for sound quality, we were quite impressed with the speaker despite getting a demo on a busy CES show floor.  According to the company, the Rukus XL provides 22W of stereo sound courtesy of “eight full range speaker drivers, including two tweeters, two woofers and four passive radiators, plus the addition of a bass boost button.” Other nice features include a small door that houses your iPhone and also provides access to a USB port for charging devices. The Rukus XL comes in at 7 lbs and dimensions of 14.5″ x 8.12″ x 5.25″. Eton plans to make it available in Q2 2013 for $200.

As for the new smaller Rugged Rukus model, you’ll get the same 8+ hours of playback from 5 hours of full sun but in a more compact form factor. Other added benefits are an IPX-4 splash proof rating and loops for attaching to a backpack or elsewhere, making it a great option for those planning on lugging the speaker to the beach, pool, camping, etc. The Rugged Rukus is significantly lighter than the XL, but Eton didn’t have exact specs yet. Dimensions for the Rukus: 6.5″ x 5.9″ x 1.8″. 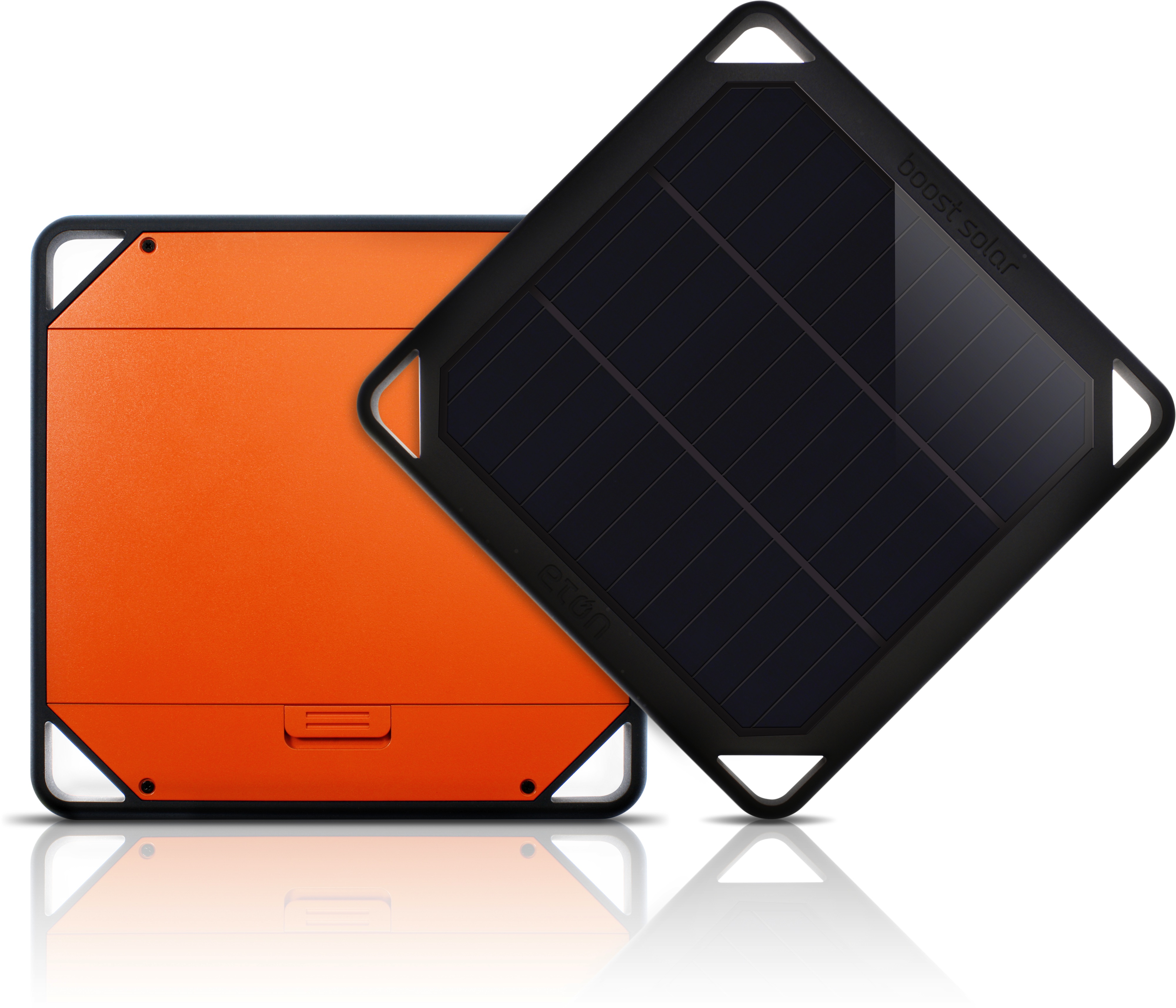 Eton was also showing off some other cool alternative energy products, including the Boost Solar Battery Pack, a 5000+ mAh battery for charging your mobile devices. Like its Rukus speakers, the Boost Solar itself charges via a built in solar panel with 10 hours of sun (or 7 hours with DC adapter). Eton will begin selling the battery pack for $100 in Q2 2013. The product is slightly larger than a typical battery pack of the same size (likely to accommodate the panel), but we were quite impressed with the battery that comes in at /4″ x 6” x 6”and 0.325 lbs.