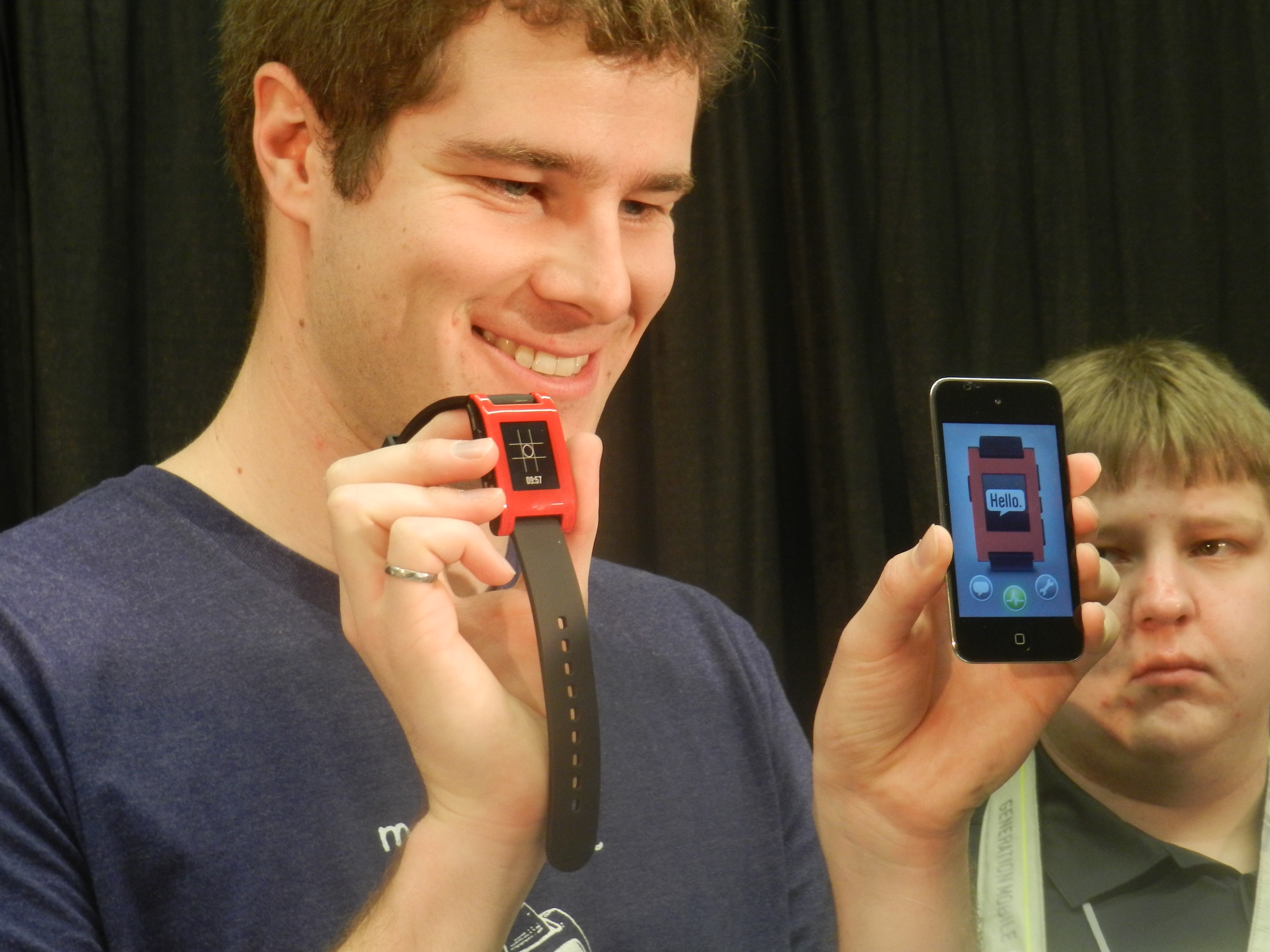 The makers of Pebble—the $150 iPhone- and Android-compatible smartwatch that raised more than $10 million on Kickstarter— just announced at CES 2013 that it would finally begin shipping the device Jan. 23.

All 85,000 backers will receive their watches within six to eight weeks. Check out LiveStream to watch a replay of the entire announcement in Las Vegas.

9to5Mac is live at CES 2013 and heard first-hand that the previously announced RunKeeper integration will not début on the initial product but will instead land in another one to two months. Also, a limited edition transparent Pebble will go to at least one backer.

Pebble uses low-energy Bluetooth to connect to the iPhone, and it can send alerts, among many things, and includes light sensors, four buttons, a three-axis accelerometer with gesture detection, and a 144-by-168-pixel display in black and white ePaper.

The developers revealed they will push out software updates every two to three weeks. Users simply need to download the Pebble app, and all updates will wirelessly transmit to the Pebble. The Pebble is compatible with iPhone 3GS, as well as iPhone 4, iPhone 4S, iPhone 5, and any iPod touch with iOS 5 or iOS 6 or Android device running OS 2.3 and up.

Watch the Kickstarter video below for more specs and details, or go to Getpebble.com to pre-order one now.

Update: Pebble just updated its Kickstarter page with a recap of today’s CES announcement. There is no new information, but it is worth a look for those interested.