Steve Jobs tried to save Mark Hurd’s job and HP 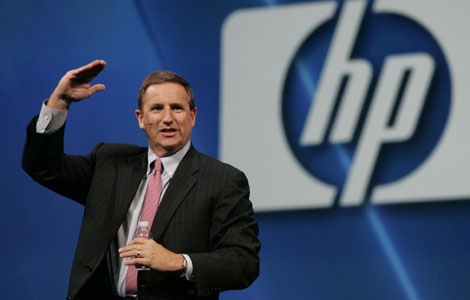 Bloomberg Businessweek shared a story today about Steve Jobs having contacted Mark Hurd, the displaced CEO of HP, in 2010 to offer support and help the executive mend relationships with HP.

Hurd’s expulsion, although allegedly for different reasons, is often likened to Jobs’ departure from Apple in 1985. As MacRumors noted, Jobs gave advice to many people in Silicon Valley. He apparently felt Hurd’s presence strengthened HP and supposedly did not want the company to flounder after ousting him:

“Hurd met Jobs at his home in Palo Alto, according to people who know both men but did not wish to be identified, compromising a personal confidence. The pair spent more than two hours together, Jobs taking Hurd on his customary walk around the tree-lined neighborhood. At numerous points during their conversation, Jobs pleaded with Hurd to do whatever it took to set things right with the board so that Hurd could return. Jobs even offered to write a letter to HP’s directors and to call them up one by one.

“Over the previous five years, Hurd had built HP into the largest technology company in the world; sales in 2010 were $126 billion. Shares were on a tear, and profits kept rising. Yet Jobs told Hurd and other friends that he thought the board would unwind HP’s progress and send the company spiraling into chaos.

“By offering Hurd counsel, Jobs wasn’t merely lending a friend psychological support. Rather, he was going to bat for the legacy of Bill Hewlett and Dave Packard. A healthy HP, Jobs urged, was essential to a healthy Silicon Valley. “It’s the founding company of the Valley,” says Bill Campbell, the chairman of Intuit (INTU) and an Apple board member. “You don’t want to see it go away.”

“Jobs ultimately could not pull off a reconciliation between Hurd and HP.

Jobs and Hurd seemed close, and they were both tight friends of Oracle’s Larry Ellison as well, but history shows Jobs’ attempts at helping the fallen executive eventually failed and he would pass away just a year later.

Get the full report on HP at Bloomberg.