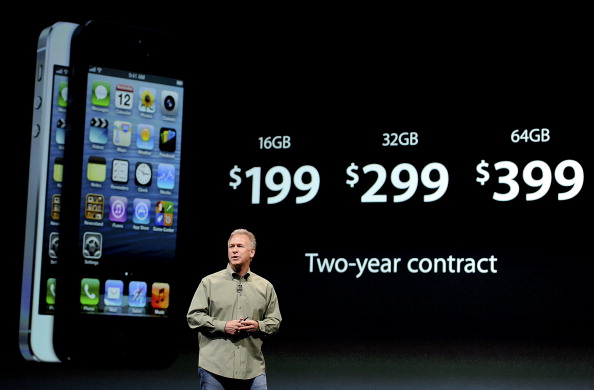 Headlines are whirling this week with talk of a cheaper iPhone, but Apple Senior Vice President of Marketing Phil Schiller is apparently balking at the rumors.

“We are not like other companies, launched multiple products in one breath, then pinning his hopes on a product to get the favor of consumers,” said Schiller, according to the translated report. “Competitors launched many dimensions new products, but after purchase will find no suitable software products and user experience.”

The report noted Schiller repeatedly stressed that user experience is the key to winning Apple, and the Cupertino, Calif.-based company only considers using the best technology, such as production processes, Retina screen, aluminum alloy, etc., when creating a new product to provide the best products for the market.

“So a lot of people in the Chinese market using a functional machine, some manufacturers use cheap smartphones replace feature phones, but this is not Apple’s product development direction,” Schiller explained, when asked to respond to rumors that Apple will lower the price of products to occupy the market share. He indicated cheap smartphones are popular, but they will never be the future of Apple’s products.

A Wall Street Journal report from Tuesday claimed Apple is working on a cheaper iPhone that could début by late 2013. The report, which cited “people briefed on the matter,” said Apple has explored the device for years but now the plan has advanced.

The Wall Street Journal has repeated this notion in recent years, and even Bloomberg joined the chorus in 2011 and again this week with a story about Apple planning to sell a “smaller, cheaper version” of the iPhone to hook customers in developing nations.