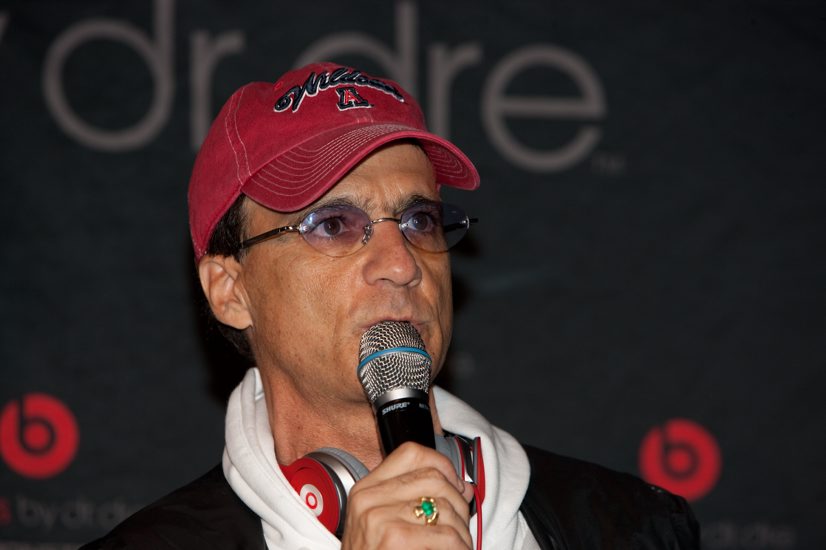 The interview painted Iovine as a mastermind, because he can sell expensive headphones to the average, money-pinching consumer, and so he would naturally be the ideal man to tackle the music subscription business. Iovine, in fact, has tried to find the solution for nearly a decade. In the early 2000s, he even approached Jobs and tried to get Apple to go the subscription route:

Once I went to see [Intel executive] Les Vadasz. I was running Interscope at time. He was a very nice man and he listened to me. I said, “You know, we could really help you guys.” He said, “You know, Jimmy, it’s a really wonderful story. But not every industry was made to last forever.”

So I was like “wow,” and I called [former Universal head] Doug Morris, and I said, “We’re fucked. These guys don’t want to take over our land — they want to come over and take our water and go back. They like where they are.” So from that point on, I was like, “You know what, this is going to cave. We need subscription. We really do.” I’ve just been single-minded about it since then.

In 2002, 2003, Doug asked me to go up to Apple and see Steve. So I met him and we hit it off right away. We were really close. We did some great marketing stuff together: 50 Cent, Bono, Jagger, stuff for the iPod — we did a lot of stuff together.

But I was always trying to push Steve into subscription. And he wasn’t keen on it right away. [Beats co-founder] Luke Wood and I spent about three years trying to talk him into it. He was there, not there … he didn’t want to pay the record companies enough. He felt that they would come down, eventually.

I don’t know what [Apple media head] Eddy Cue would say — I’m seeing him soon — but I think in the end Steve was feeling it, but the economics …he wanted to pay the labels [for subscriptions], but [the fees were] not going to be acceptable to them.

Maybe Cue will be more willing. Or not. What do you think?

Get the full report at AllThingsD.