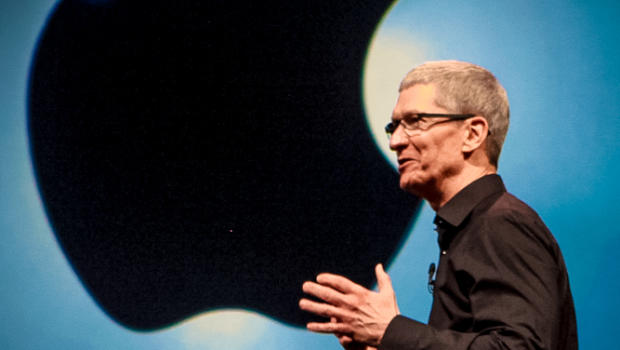 The discussion was held in Beijing, where Cook has attended meetings with government officials and visited Apple stores. The talks with potential partner China Mobile seem to “raise hopes” that a deal will come soon, Reuters noted. China Mobile is a huge opportunity for Apple, as it is the world’s largest mobile carrier with over 700 million subscribers.

In an interview with local Chinese media on Thursday, Cook said China would become Apple’s largest market in the near future.

“China has always been Apple’s most important market, is now our second largest market, I am convinced that in the near future, China will become Apple’s largest market over the past year, Apple has been localized products for the Chinese market,” said Cook, as reported by Sina Technology News (translated). “Apple already has 11 stores in the Greater China region, as well as many of our distributors in China, we will continue to expand the number of outlets will be far more than 25 . ”

Cook further confirmed in the interview that a cellular version of the iPad mini would launch in the mainland this month. The Sina report mentioned Apple devices usually take longer to launch in China, but Cook said his company is making strides to reduce the approval time and pledged to tackle the issue.

The report then claimed Cook has come to China at least 20 times since 1996. The CEO professed his love for Chinese culture and even said his in-law is Chinese. It is unclear which in-law he is referring to, as the story cited both “sister-in-law” and “brother-in-law”. Cook seemed to converse about everything from Apple’s roadmap and Apple TV to labor conditions in the country and retail.

A few of the selected quotes are below.

Usually we do not quite (public) to talk about the future roadmap, but I can say that we are producing some surprise full of excitement. Consumers have been expected that we are able to produce the best products, best practices also promote us and encouraged us every day in Apple’s efforts to achieve the expectations of consumers. It can be said that the Apple is never a lack of creativity, we can also see that we have introduced so much, such a great product. And for me personally, in such a short time, we launched the iPhone 5, iPad mini, fourth-generation iPad, iPod touch, iPod nano, with a retina screen MacBook Pro are in such a short time launch, I am very, very happy, very satisfied.

We now have Apple TV, and the Apple TV last year’s performance is very good. I often use the Apple TV. Apple Apple TV is more of a personal preference, because it is now the size of the market has not yet reached the scale like a smart phone, tablet or computer. Apple Apple TV is still very interested As for the future of the roadmap is not convenient to disclose.

“For technology, we have been comparing different techniques of its likelihood of success and technical maturity. We will choose the best technology, spend our energy up to do fine, do good, and to elect not to say that a lot of technology, evenly distributed energy, may spend a lot of time, and for consumers to said not to be able to achieve the most satisfactory results. Years before, for example, we believe that in such an excellent product above, it may be most needed under control of the technology is that it is a chip, because it is the core of the entire machine, an engine. So we will have a very strong core team chip manufactured to give consumers the best chip, which in our opinion is the core technology. This is an example that we will focus on a core, the best technology, then it is doing fine, good.”

“Apple and the many companies in China have cooperation, for example, operators, Apple and China Unicom, Telecom has a very strong partnership. Local companies like Baidu, Youku, Tencent, and Apple cooperation. In addition, there are a lot of dealers in China. China Mobile is a highly respected company in Apple, but I can not announce any plans.”

“On the second question, Foxconn, it can be said that Apple did not take any action to do public relations to do to enhance the image. Everything we do is to work for Apple employees enjoy better treatment and working environment, so that this is not related to the image or public relations, but the real concern for Apple employees. A lot of Apple products and services in China and work.

For our suppliers, including Foxconn including, we have very strict regulations and codes of practice, if you say they do not adhere to our principles and codes of practice, we do not and they cooperate to terminate the relationship with their partners. Foxconn suppliers, wages and salaries indeed been growth, which occurred just in the past year, in fact, over the past few years have continued to increase. We care about more than just wages, we hope that the Apple company to have a greater impact in China, not just available to everyone a job only.”

“In early 1998, when Steve Jobs and I said his vision told me about a product, what name did not mention specific, he said, to make all the effort and energy into the manufacture of this product. The prevailing trend is that we focused on the server and storage Jobs trend is to focus on the consumer. I one think this is a very great, very clever idea, because I do not like to follow the crowd, and Steve Jobs This focus also impressed me, so just like he came to Apple. This product is the iMac.”

Mention Apple’s senior vice president responsible for the design, Jonathan Ivey (Jonathan Ive), Cook admirer. He told Sina science and technology, “I respect very much Ivey, working with him for the glory of my life, I have seen the most tasteful, and more unusual is that he was for so many years has maintained a high level”.

“The third problem is the fact that Apple plans to retail stores opened in China is far greater than the 25 retail stores in Greater China, including in Hong Kong a total of 11 retail outlets, the future will certainly open more than 25 retail shop. This plan to open 25 stores within a certain time, but since we opened its first retail store, found the retail area should be allowed to have said in the past, in order to serve more consumers to provide them with better service. So the number of the future will certainly be over 25.”

Cook on his visits to China (translated):

“Fact that I, as the CEO of Apple is the second time to China, the fact before I’ve been to China many times, and I first came to China in 1996 of almost 20 years ago, so has come to China for the first time . Very loving China, because China is full of vitality, full of energy, and a rapidly changing market. And I also love the Chinese culture, my brother-in-law is the Chinese people. So I personally love Chinese culture. From a business perspective, I came to China met with a number of partners, visiting government officials, will also take a look at the excellent local employees.”

Go to Sina News for the full transcript.