Car crashes into Chicago Apple Store; no major injuries, portion of store may close for tomorrow 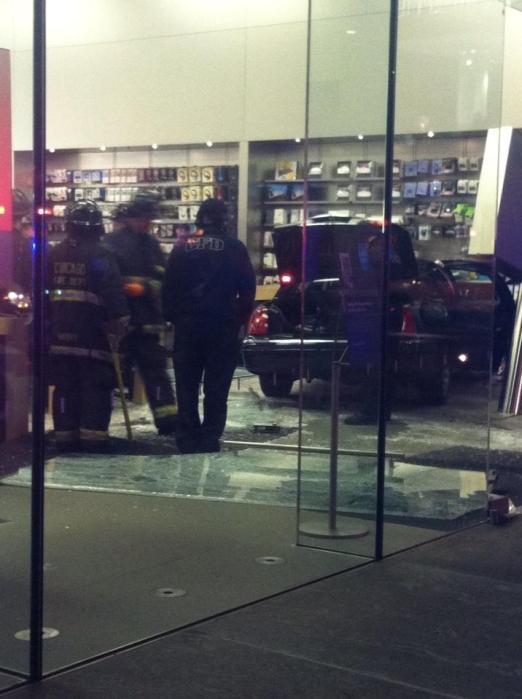 A Lincoln Town Car has crashed straight into the Chicago Lincoln Park Apple Store. Luckily, according to a couple of readers on scene, no serious injuries have been reported. Apparently, the driver was an elderly man. The Chicago Tribune says one person in “good condition” was taken to the hospital. 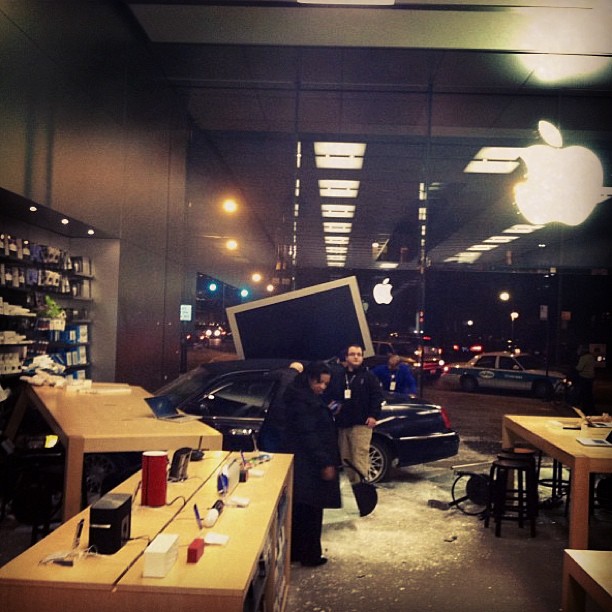 According to reader who spoke to a couple of Apple store employees at the store, employees are currently thinking that the side of the store in which the incident occurred will be closed off at least for tomorrow.

Late last year, we covered a car crash into a California Apple Store. That car crash was apparently intentional and part of a robbery, unlike tonight’s Chicago-based incident.